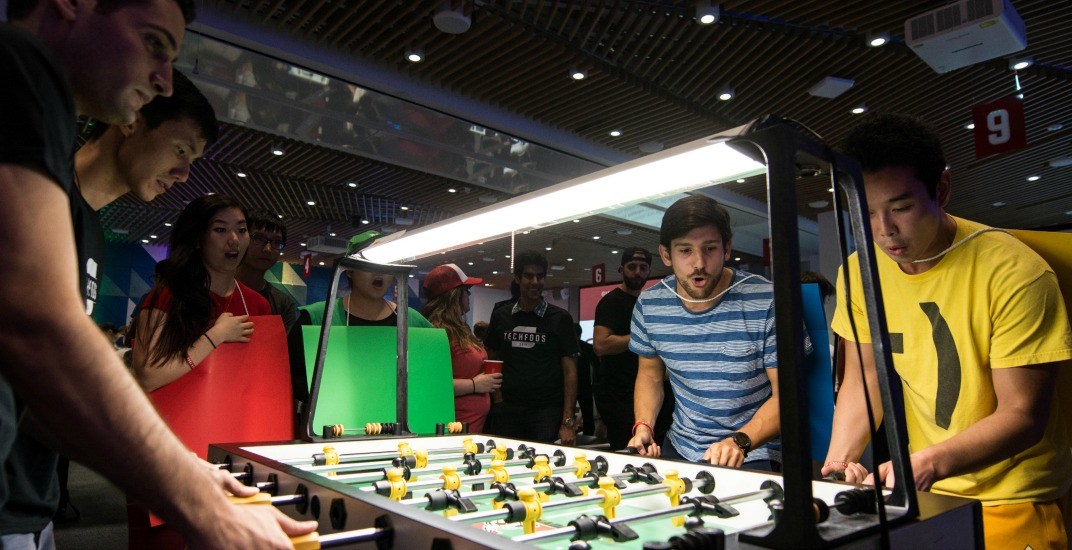 Admit it, when someone mentions a tech company in Vancouver, the first thing you picture is a hip office space, rows of monitors and…at least one foosball table. It’s kind of their thing. We got the opportunity to ask why a couple weeks back when Microsoft Vancouver hosted their second annual tournament, TechFoos.

Launched last August, the event draws teams from across the city’s tech scene, including Hootsuite, Intergalactic, Quietly, RentMoola and more. In its first year, the tourney hosted 33 teams, so it was no surprise when Microsoft announced they’d be bringing it back for 2017.

On event night, more than 200 people attended, with 38 teams competing through the brackets as they narrowed to quarter, semi and ultimately, the finals. Safe Software took the casual league win, or beer league, as the trophy indicated, while the Microsoft team unseated last year’s winner, Global Relay, in the competitive league.

The event itself was bumping, with a DJ spinning tracks, Bomber Brewing pulling pints and Gastown’s new Stretch Pizza keeping the energy up. So, do they come for the food? 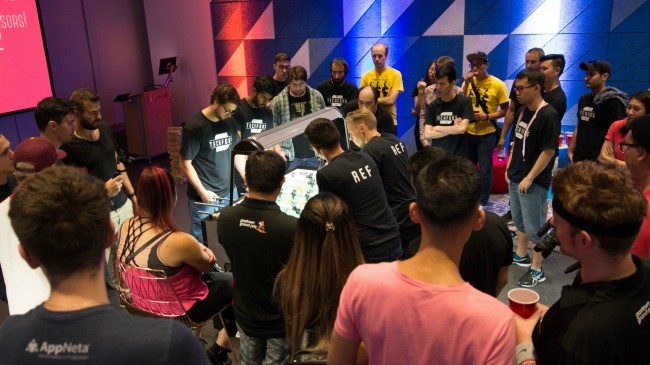 “We love coming to TechFoos – great game, great food, and a great opportunity to connect with other members of Vancouver’s tech community,” said Daniel Shalinsky from Quietly.

Okay, partly. But, we wanted to go to the source for the big picture. Craig Cook, Director for MSN in Vancouver, champions foosball both in the office and in the city as part of the Vancouver Foosball League, who run Microsoft’s tournament each year. His passion for the game was the driving force behind the creation of TechFoos last year and while he didn’t play on event night, he was busy working the room and watching over each of the nine tables. 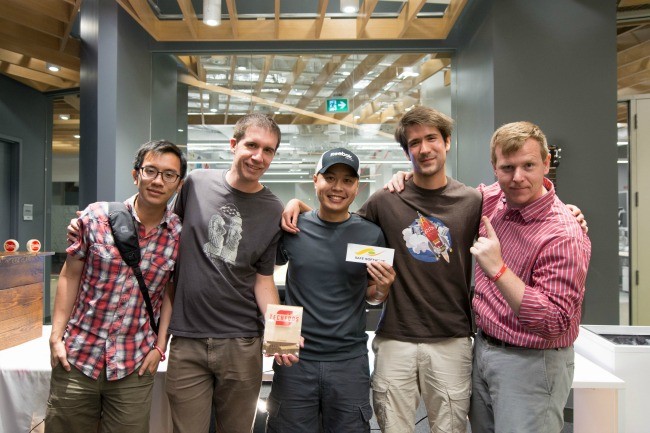 “Foosball is very much a mental game that seems to resonate well with the logical problem solving people you’ll find in tech, so the tournament is a great way to bring everyone together and build community within the industry,” he explained. “It’s awesome to walk around the room and see people meeting for the first time over the top of a table. Honestly, that’s why we do this.” 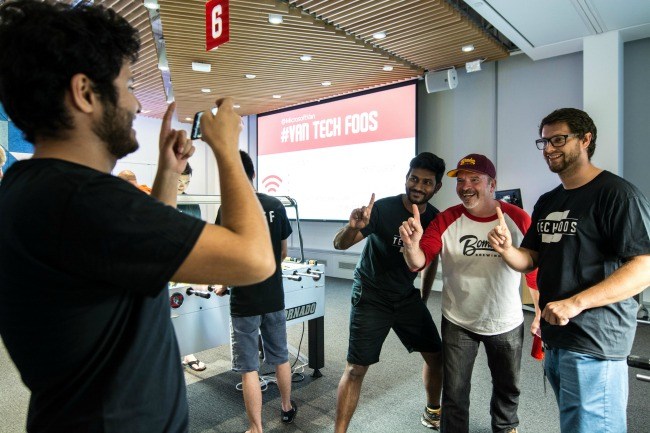