Vancouver is set to break a new weather record if its warm, foggy weather continues into Halloween. By the time children return to their homes from trick-or-treating, this will likely be the driest October in 22 years.

Metro Vancouver usually receives an average of 113 mm of precipitation in October. However, with less than a week to go until November arrives, only 25 mm of rain has fallen on the region. The previous record was made in 1987 when the region only saw 20 mm of rain.

According to Environment Canada, the stubborn fog can be attributed to a ridge of high pressure and temperature inversions. High pressure systems usually brings sunny weather, but instead the current phenomenon has been trapping moisture-saturated air.

Thick foggy weather has been problematic for Vancouver International Airport’s schedule, particularly for its domestic flights. Flights have been delayed or even canceled for additional air traffic safety measures.

Seaplanes flying from both YVR and Coal Harbour have experienced delays or grounding as well. B.C. Ferries has also reported delays on routes with vessels slowing down in the fog for additional safety.

However, it isn’t all bad news for some. Consecutive days of temperature inversions have meant warmer temperatures over high elevation areas than in the city. The North Shore Mountains have been experiencing sunny weather and temperatures over 20 degrees Celcius, and the optimal outdoor conditions have led to a record number of climbs on the Grouse Grind.

The rare weather has also been a boon for local photographers with many taking the ‘Fogtober’ opportunity to capture surreal and stunning images of the region.

Do you have Vancouver fog photos to share? Send it to Vancity Buzz by email at tips[at]vancitybuzz.com 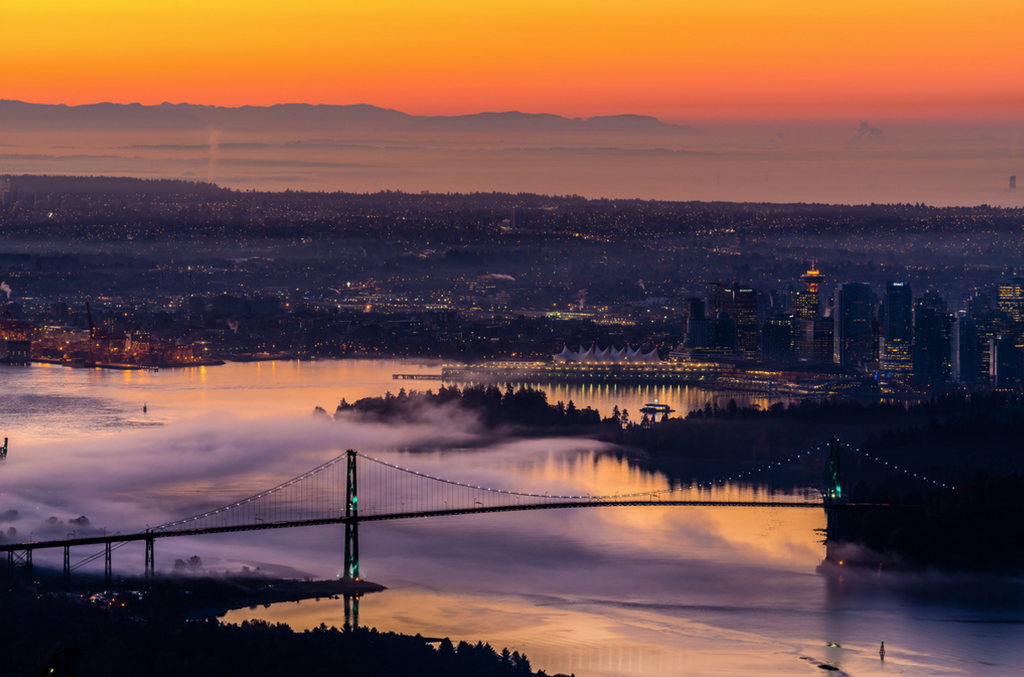 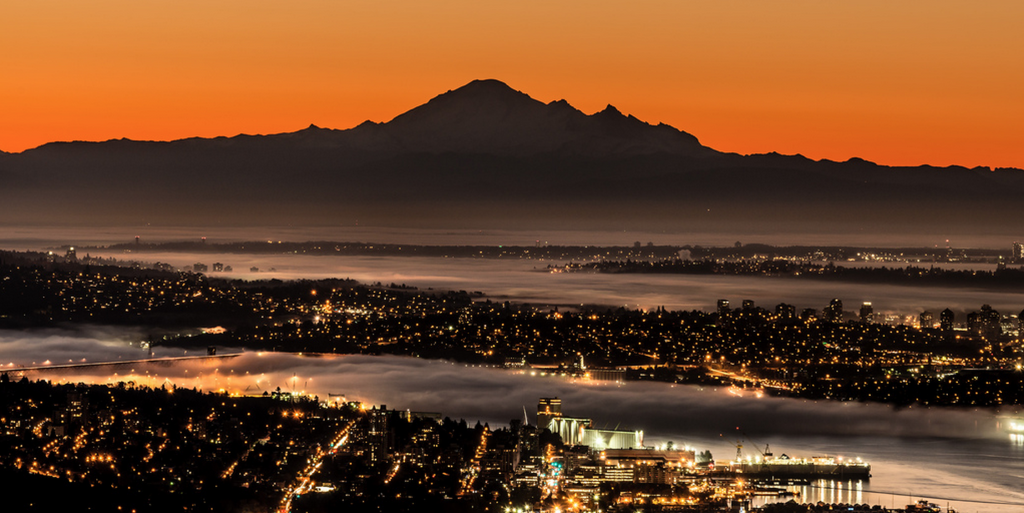 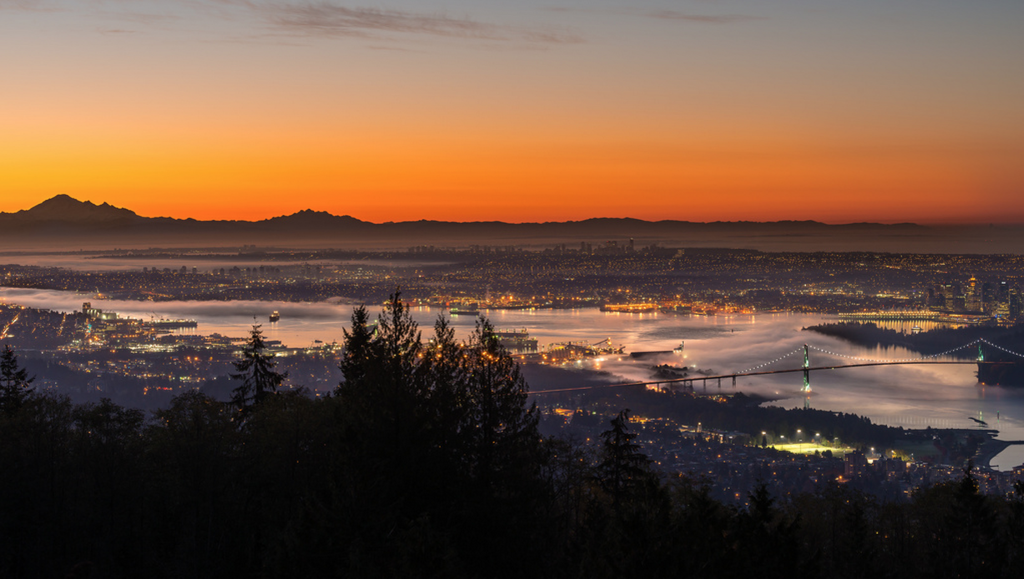 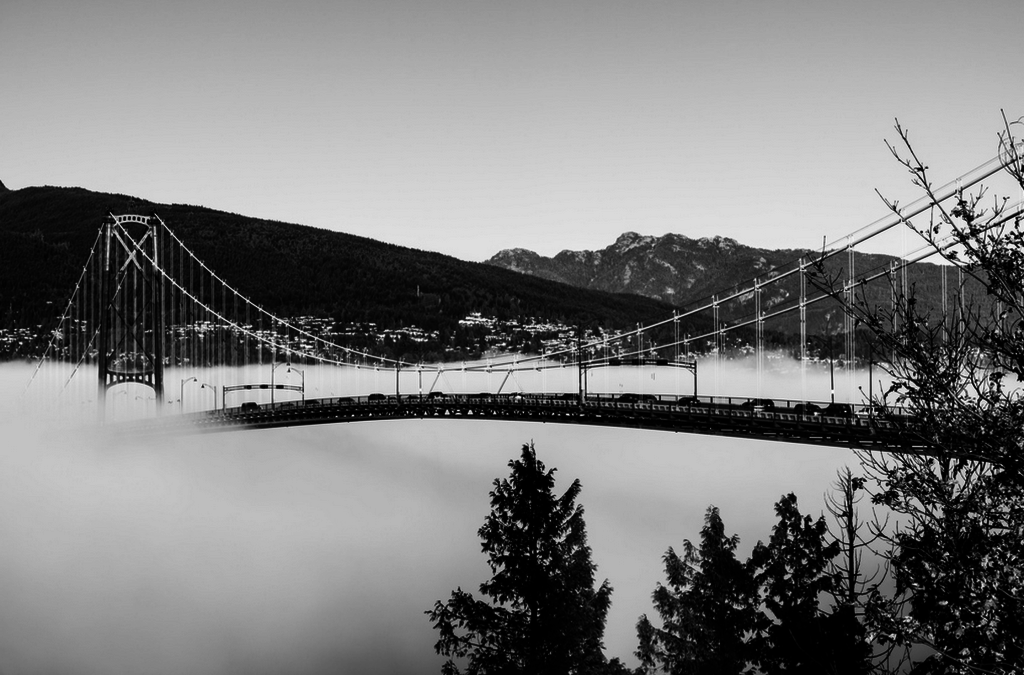 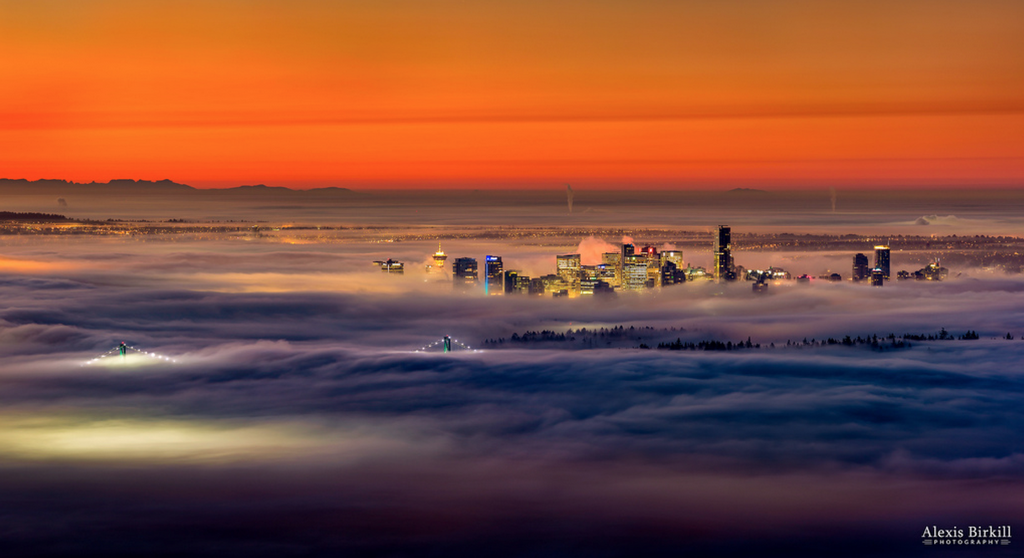 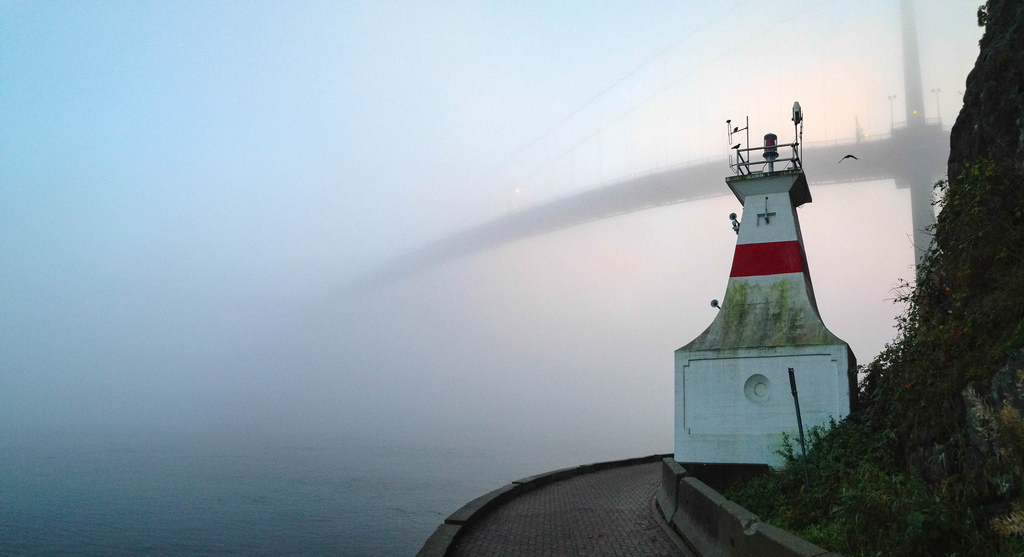 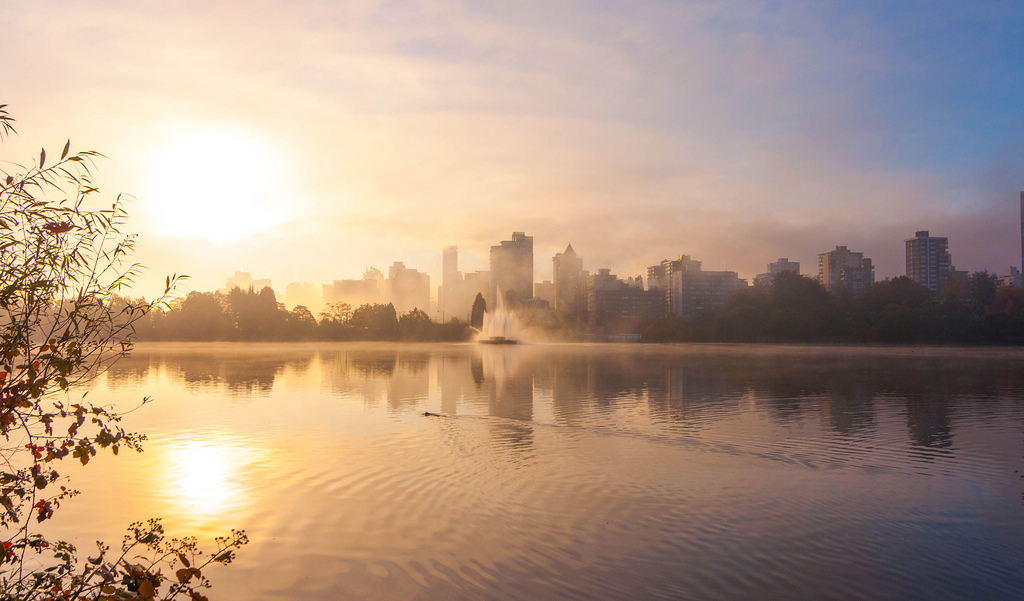 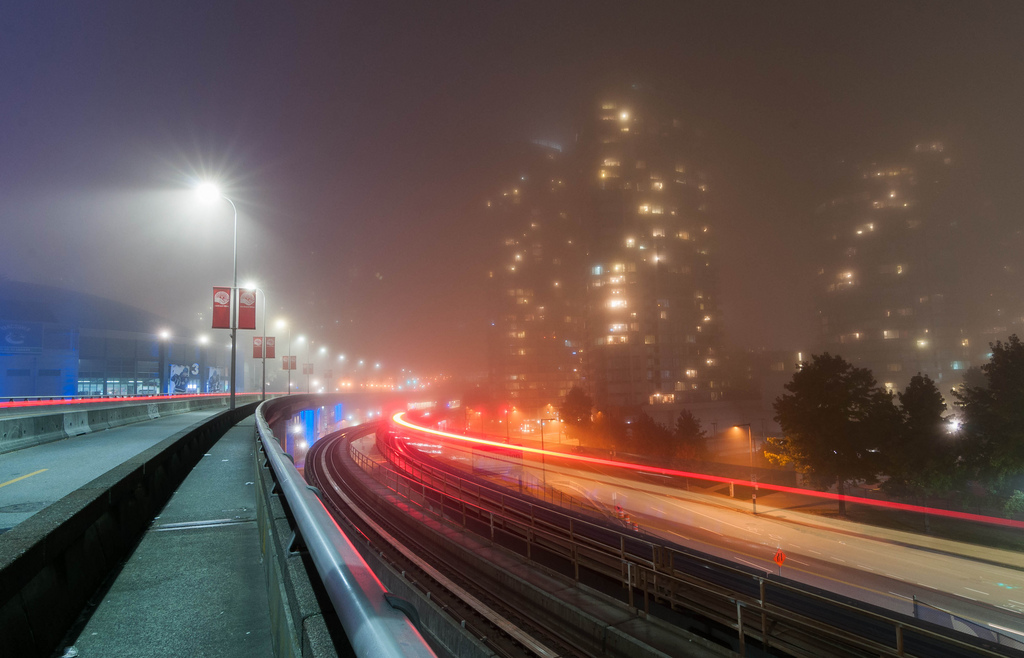 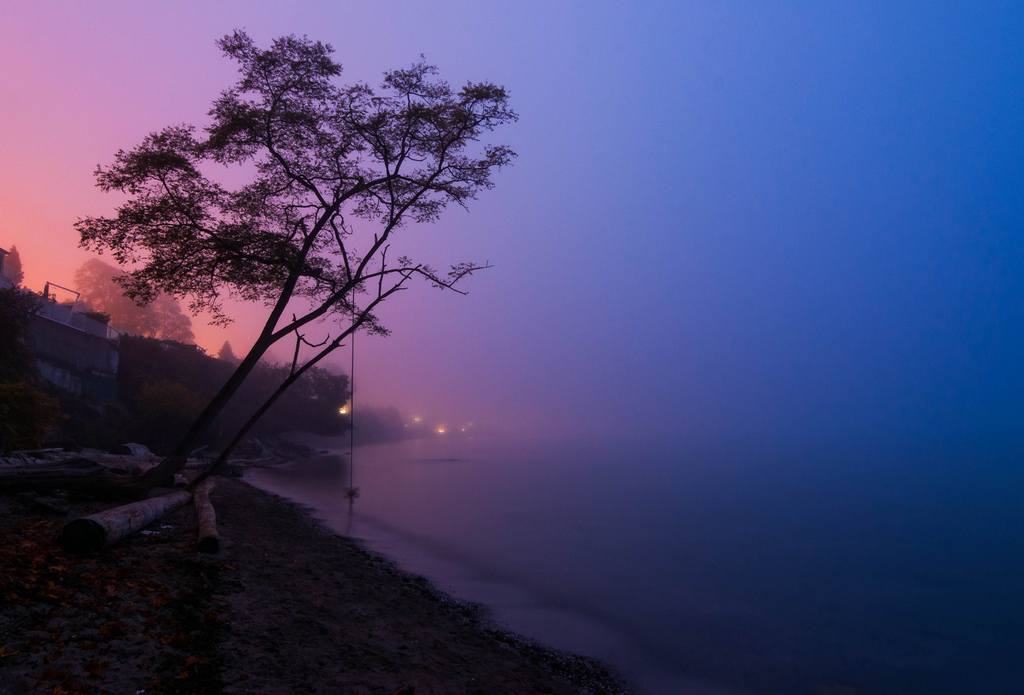 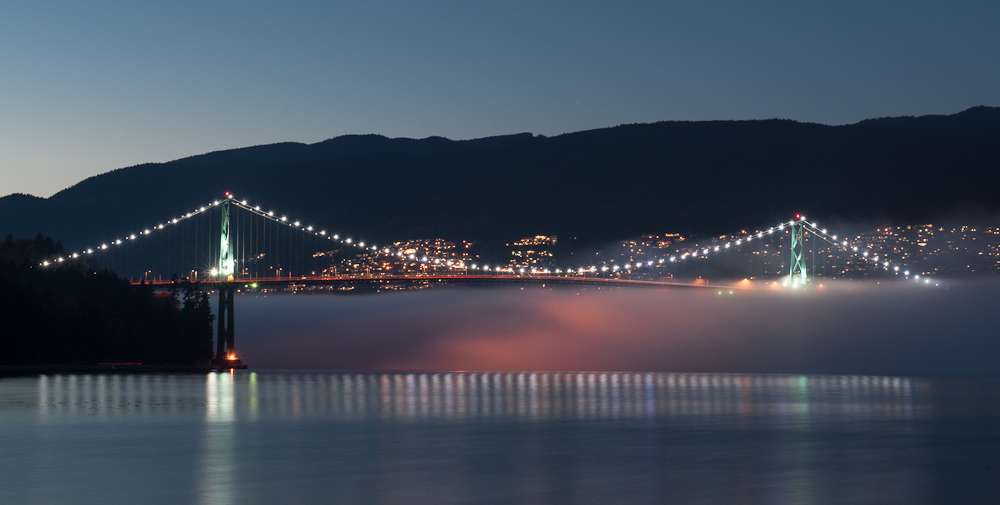 The fog is moving its way to downtown #Vancouver! Thanks @kimseale for this pic! @news1130traffic pic.twitter.com/v0iY7di7vm

Another beauty pic from @kimseale in the @news1130traffic Air Patrol of the fog moving its way into #Vancouver. pic.twitter.com/Zvn8Ip8Ohe

A shot of the fog over Downtown #Vancouver by @TrishJewison pic.twitter.com/4G5b8JNj2M

Another fantastic photo of the fog over #Vancouver from @kimseale in the @news1130traffic Air Patrol. pic.twitter.com/YP5iquP5jM

Some crazy fog over Vancouver Harbour, as seen from our studio window today. @VancityBuzz pic.twitter.com/y1teyGrKw5

Grouse Mountain and Stanley Park briefly emerge from the #fog into the sunlight, viewed from Coal Harbour, #Vancouver pic.twitter.com/WmkVJgR2C3