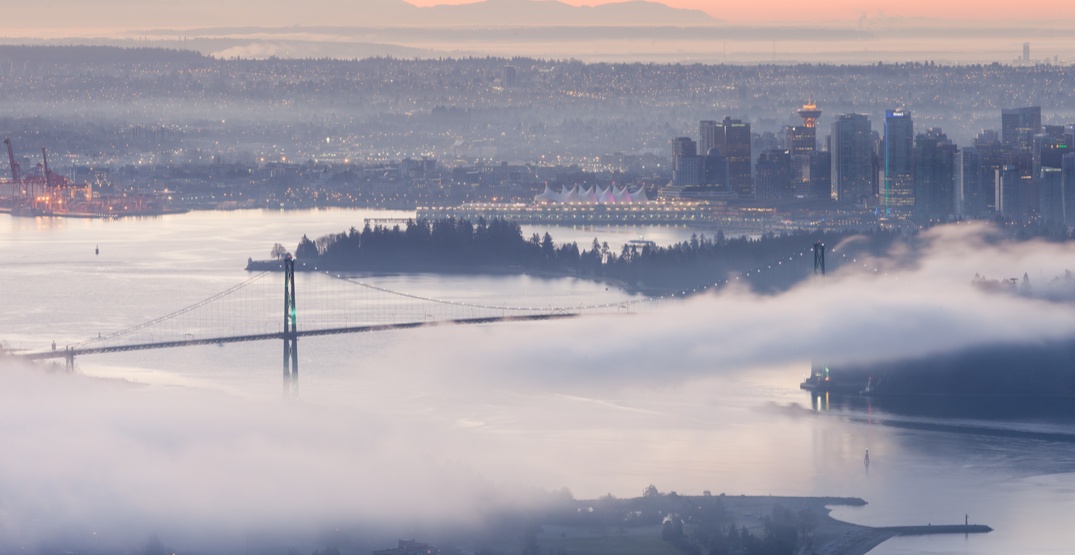 For the second day in a row, Environment Canada has issued a fog advisory for the Metro Vancouver area.

The advisory is in effect for the following areas:

The thick blanket of fog is due to a strong inversion over the south coast and as a result, commuters should expect near zero visibility.

Metro Vancouver is expected to clear out later this morning, while communities near the water can expect the fog to remain until Wednesday morning.

Those that are driving are reminded to slow done, watch for tail lights ahead, and be prepared to stop.

For those that’ll be enjoying the outdoors on this sunny day, keep your camera out and be ready to capture more pictures of the enchanting sight.