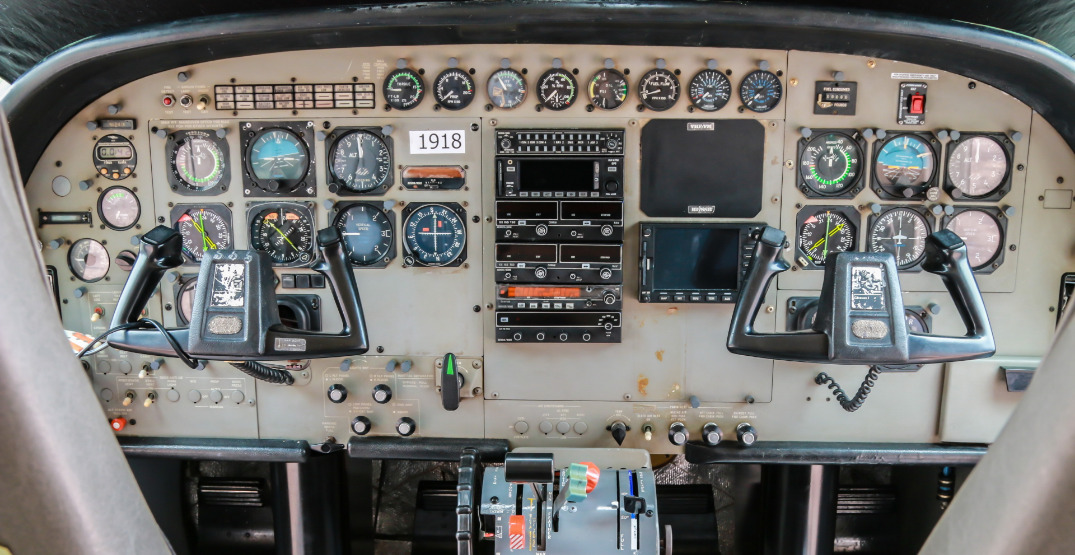 Imagine trying to learn how to fly this thing with no experience? (PreechaB/Shutterstock)

An inexperienced passenger from Florida became a hero and steered a plane to safety in dramatic fashion after a pilot got incapacitated.

The aircraft was a Cessna 208 which typically carries around 14 passengers.

According to audio available through LiveATC.net, the passenger from Florida makes a call to air traffic control and begins the interaction by saying, “I’ve got a serious situation here.”

The audio is a little bit fuzzy, but he seems to tell the air traffic controller that the pilot became incoherent, and that he has “no idea how to fly the airplane.”

CNN reported that the air traffic controller in question is named Robert Morgan, who is also a flight instructor. The plane was apparently headed out to the Bahamas and Morgan was on break when he received the call.

Even though the passenger had no experience, he apparently had seen other pilots fly airplanes and had been around aviation, according to CNN.

There was another problem. Morgan had never flown the type of Cessna the passenger was now in command of.

In the audio, you hear Morgan slowly guide the passenger through various instructions, referring to his own flight manual. Morgan decided that the best course of option was to get the rookie pilot to land the plane at Palm Beach International, the largest airport in the area.

The passenger asks Morgan for additional instructions, like whether or not he was at the right altitude.

Kudos to the passenger of N333LD who safely executed an emergency landing at PBI yesterday – well done! And to the CFI controller who talked him down – wow!

After the dramatic incident, CNN says that Morgan met the passenger and the two exchanged a big hug. He also suggested the landing was a 10-out-of-10.

WPBF 25 News in Palm Beach shared some footage of the incident.

The Federal Aviation Administration hasn’t yet revealed what happened to the pilot, but it seems he had the right passenger at the right time on board.