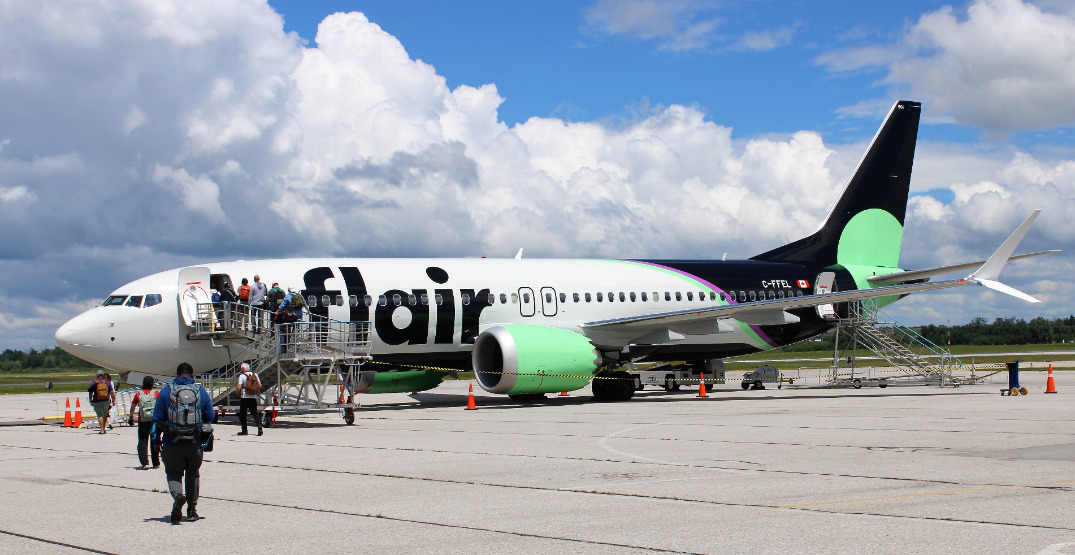 A Flair Airlines flight that was scheduled to head to Vancouver International Airport from Waterloo has been grounded and deplaned over a bomb threat.

Flair addressed the situation on Twitter saying that it’s currently addressing a “passenger related serious safety concern,” which promoted a search of the entire aircraft on flight F8 500.

The plane was scheduled to depart at 2:10 pm EST, and all passengers have been safely removed as a precautionary measure.

According to Waterloo Police, a passenger reported to staff that another person onboard threatened that he had a bomb on the plane.

When police arrived on the scene they took one male into custody, along with the airplane being evacuated.

“Members of the Waterloo Regional Police Service’s Explosives Disposal Unit are currently on scene and are investigating whether an explosive device is on the plane or not,” said Waterloo Police in a statement.

Currently on scene at Region of Waterloo International Airport. Officers responded to a report of a bomb threat on a plane.

One male is in police custody.

Flair Airlines tweeted, “safety is our number one priority as we continue to gather details on today’s events. Authorities and Flair officials are currently investigating.”

Flair is currently working with authorities in an ongoing investigation at the Region of Waterloo International Airport and can provide the following statement: pic.twitter.com/i1ZiPtKMqw

Members of the public are currently being advised to avoid the area, as there is an increased emergency services presence, and Waterloo Airport is currently on lockdown.

Staff at the Region of Waterloo International Airport is currently working to address a security incident at the airport. Delays to arrival and departure times should be expected. Please check the status of your flight with your airline.