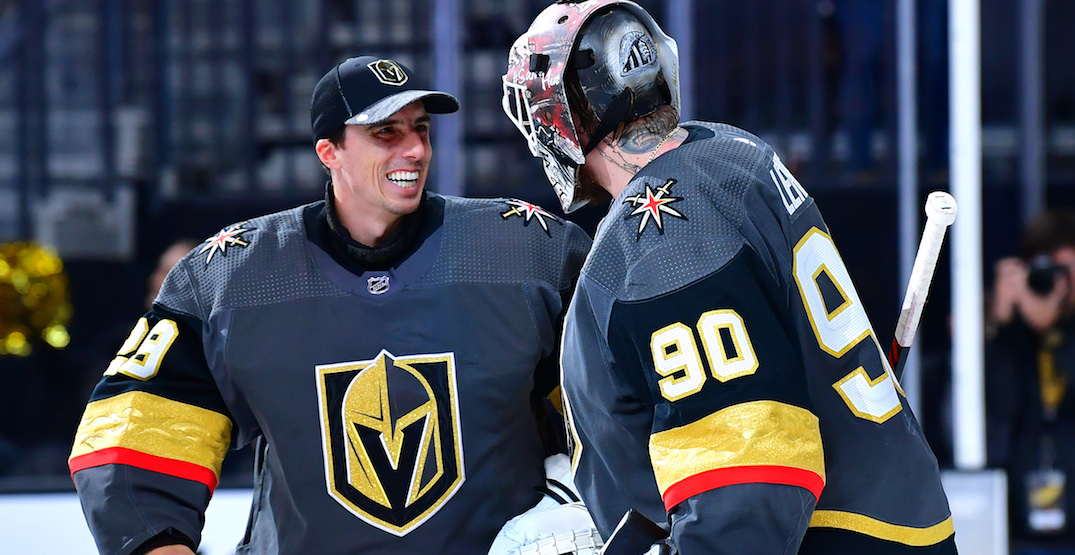 What a week it’s been for Vegas goaltender Marc-Andre Fleury.

Last Friday, Fleury committed a high-profile gaffe in the final two minutes of regulation in Game 3 that led to the tying goal by Montreal Canadiens forward Josh Anderson, who scored the winner in OT.

On Sunday, Fleury was benched for Vegas’ gutsy 2-1 win over the Canadiens in Game 4.

But it appears the three-time Stanley Cup champion Fleury will get his shot at redemption tonight.

After today’s morning skate, Fleury was the first goaltender off the ice, the traditional sign marking who will be occupying the starter’s net that evening.

Both Fleury and Lehner on the ice for optional morning skate. Fleury taking the heavier workload. pic.twitter.com/KAYPaZA6u9

Based on what we saw this am — Marc-Andre Fleury getting most of the workload early, Robin Lehner staying on the ice later — it would be surprising if Fleury didn’t start Game 5 tonight.

Dramatic for the rest of us. Not for VGK goalies, who remain supportive of each other. pic.twitter.com/dDg6t8lj0n

Lehner, a journeyman goaltender (and a 2018-19 Vezina Trophy nominee) who’s played in all sorts of environments, seems to be taking the playoff run in stride amongst his role on the team.

When it comes to the fans and media members, however, Lehner has been anything but quiet.

“I sat for two hours and watched you guys talk shit on Twitter on me to get me motivated,” Lehner said during his post-game media availability on Sunday evening. “It was great to see all what you guys had to say.”

“It’s a great motivation for me,” he added.
Fleury, meanwhile, has been a rather stellar goaltender once again throughout much of this season, being nominated for the Vezina Trophy for the first time in his career.
He carries a .921 save percentage during these playoffs and a 9-6 record, while his regular-season stats were a .928 save percentage and 26-10-0 record.

With the third-round series tied at two games apiece, Game 5 is tonight in Vegas at 9 pm ET/6 pm PT.