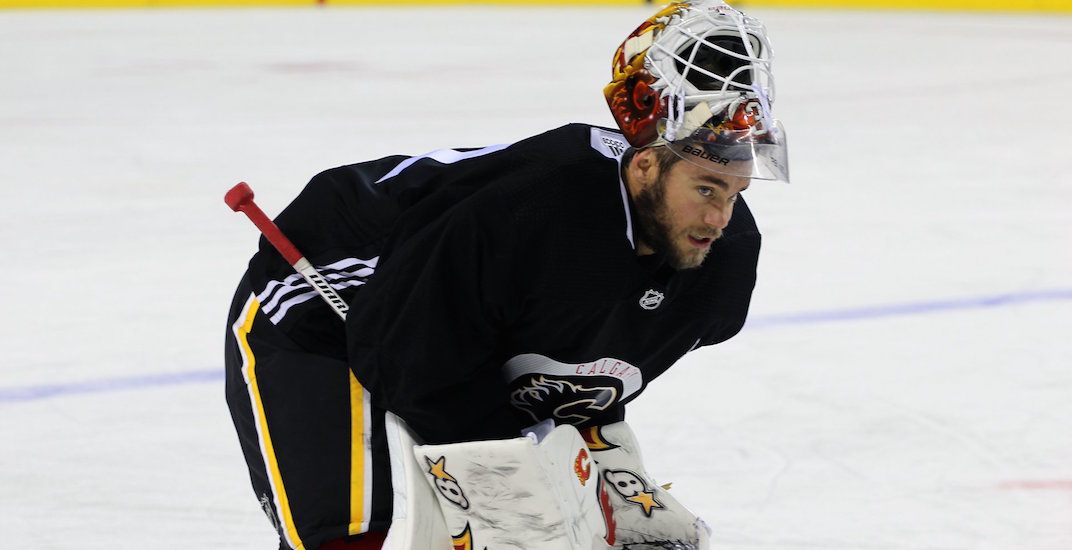 After just four games and only two starts, it appears the Calgary Flames have given up on goaltender Eddie Lack.

The Flames placed the 29-year-old Swedish goaltender on waivers Thursday morning, with the team presumably looking to their AHL affiliate in Stockton to find a replacement.

The top candidate to replace Lack as Mike Smith’s backup is Jon Gillies, Calgary’s third-round pick from the 2012 draft. The 23-year-old has a .919 save percentage in 10 AHL games this season.

Lack’s numbers aren’t pretty in limited action, as he sits with a 1-2-0 record. His save percentage (.813) is last in the NHL among goalies with more than one game played, while his goals against average (5.29) is second-last. His last start was against Detroit on November 15 when he allowed five goals on 15 shots before being pulled.

It appears that Lack will never become the goalie that some thought he could be when he helped lead the Canucks to the 2015 playoffs with a .921 save percentage.

Since being traded from Vancouver, Lack posted season save percentages of .901 and .902 with the Hurricanes. Acquired by Calgary from Carolina in the offseason, Lack is in the last year of a contract that pays him $3 million.

The other 30 teams in the league will now have the opportunity to pick up Lack for free, and would only have to pay 50% of his salary given Carolina agreed to pay the other half when they traded him.

It would seem likely that Lack will clear waivers, which should allow him the opportunity to get his career back on track in the minors.