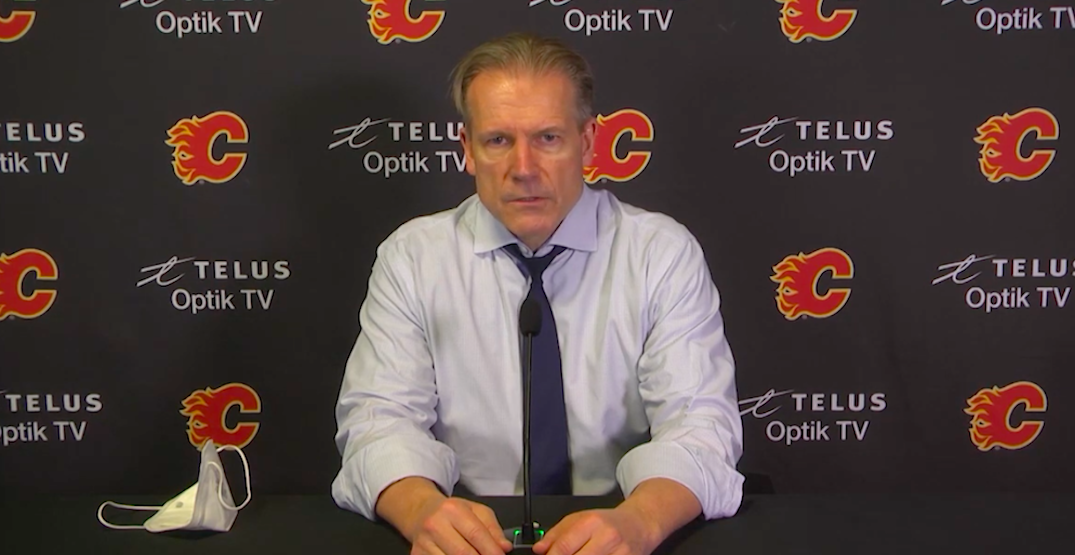 Following the game, Ward called into question the work effort of his team.

“It’s time for us to start giving a shit about it.”

“It’s not what you make all the time, it’s what you leave. And to leave those opportunities that we gave them after making the hockey game 2-1, it’s inexcusable.”

With less than two minutes left in the second period; Andrew Mangiapane scored to cut the deficit to 2-1. But the Canucks responded with two goals less than a minute later, making the score 4-1 and effectively putting the game out of reach.

Flames fans have seen this story before this season, as in losses against the Maple Leafs, Canadiens, and Jets all featured goals scored in the last two minutes of the second frame.

Not happy,” Flames goalie Jacob Markstrom said. “I’ve got to be better. That’s it.”

“Pretty frustrating game,” captain Mark Giordano added. “I thought that we didn’t have the start that we wanted in the first five minutes. I don’t think we were sharp.”

The Flames currently have an 8-7-1 record and are fifth in the North Division. Calgary’s next game is against the Edmonton Oilers on Friday. Puck drop is at 7 pm MT on Sportsnet.