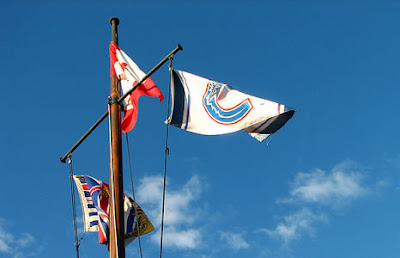 Canucks fans want their flag on top of Africa, and they’ll have to outvote the Flames and other entries to get it. The fight started on a contest for charity featured on the Buzz earlier this week aimed at creating ideas for a fundraiser for Uganda’s sole children’s hospital.

Flames fans are ranked #8 for being the “Most Stubborn in Sports”  as mentioned on the Flames fan blog “Matchsticks and Gasoline”. Their submission to the contest appears to be in response to a original post titled “Plant a Canucks Flag at the Peak”. They flamed back with with “Plant a Flames Flag at the Peak.” The motive may be a friendly gesture to help the charity.
The fight isn’t over yet. Fans from other teams may be slick and enter the contest. Seriously are the fans going to accept this? Be mindful that there are other entries in the contest that may succeed as well.
Go and vote! And do you think you have a crazy idea that can beat this? Visit http://www.snow4innocents.org/crazy-idea/ to participate. The grand prize is a Nintendo Wii and you get to do it for a good cause.