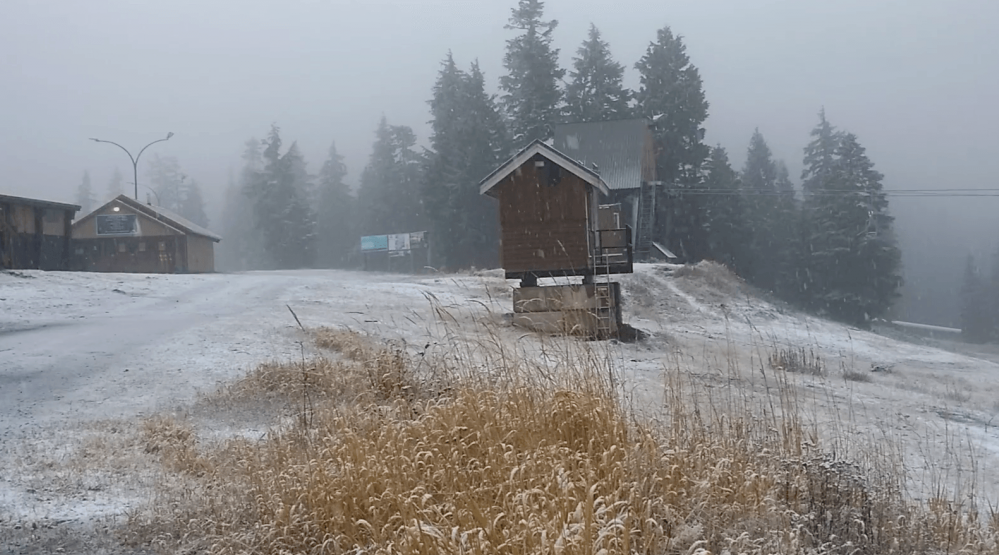 The weather might suck in Vancouver right now, but the silver lining for ski and snowboard fans is that the miserable weather down here is turning to snow on the North Shore’s mountains.

And so it begins…first snow up on Mt Seymour wooop!! Season passes are still 40% off :-)! https://t.co/CpWT4yAQcg pic.twitter.com/IvPvouA9Nu

Mount Seymour saw its first flakes of the year as a flurry of the white stuff hit the slopes on Tuesday morning.

It might only be a light dusting, but it will be a sight that will no doubt delight people who like to slide down mountains as they gear themselves up for the winter season.

And, with colder temperatures expected for the rest of the week, today’s wintery weather might only just be beginning.

“We are very excited,” Sandra Kardel, Communications Coordinator for Mount Seymour, told Daily Hive. “We hope to open mid-December as we historically do.

“With a La Niña year in the forecast, this season will hopefully be colder than average. And we are ready for it!”