Executive Producer Toby Dormer was there to catch all the action, witnessing all of those anxiety-causing moments that arise on a first date. When it comes to dating do’s and don’ts, Dormer advises “do dress for the occasion, don’t drink too much, do remember your date’s name, don’t talk about your ex and don’t order something messy from the menu.”

The First Dates team set up hundreds of Vancouverites on dates, and all of the participants arrived at Earls Yaletown without any idea of what to expect. Participants were not shown a photo of their date or given any information about their date – not even their date’s name.

Knowing nothing about who they were meeting was part of the fun – a completely blind date is something we don’t often experience anymore. Most single Vancouverites use dating apps to meet people, and can see the name and photo of their matches before they actually agree to meet them in person. That’s why First Dates is so unique and entertaining to watch. It’s also nice to see singles of all ages getting out of the house to go on a proper date.

While some people think first dates are awkward and get anxious right before them, not everyone feels this way. Virgin Radio host Denai Johnson, who appeared on the debut episode of First Dates, told Vancity Buzz that she rarely feels nervous – in fact, she loves first dates: “I love them. I love any interaction with people. It’s fun to get to know someone and if you’re genuinely interested in getting to know that person, a first date isn’t going to be awkward.”

Johnson wasn’t even nervous about the fact that she didn’t know who her date was going to be. “I knew I would have fun on the date no matter what because even if you’re not attracted to the person, everyone has a story and everyone is interesting,” explains Johnson, adding: “Every date you go on helps you learn about what you do and don’t want in a partner, and it’s good to know those things and be sure of what you’re looking for.”

Dormer points out that it’s easiest to get to know someone when they’re less anxious and more relaxed:

“Most of the dates started off awkwardly, but the vast majority found their feet after a few minutes – and a few drinks – allowing them to relax and be themselves. After that, it was simply a question of chemistry, or lack thereof. There was one super awkward date where neither of them spoke a word to each other for the first ten minutes, but most dates weren’t like that.”

Dormer noticed that some daters had better self-control than others when it came to the amount of alcohol consumed on the date, and some daters had better manners than others. “A lot of men – and a couple of women – brought their date flowers, which got things off to a really great start,” says Dormer. When it came to paying bill, Dormer attests “most guys jumped in to grab the cheque, although some couples split the tab. Who pays was big deal to some, but there are no hard rules on that.”

Many of the First Dates participants had a great time on their date. “A lot of daters told us that we ‘nailed it’ with the person we chose to pair them up with”, says Dormer.

Johnson certainly felt chemistry on her first date with Vancouverite Edward Hodson, and stated that “First Dates did a fantastic job when they matched me up with Edward – we’re both outgoing, we both went into the date with a great mood, and we had a ton in common.” She had fun getting to know him, and told us “I think more people should go into a date being more curious to get to know that person, and more caring about who they are. If you genuinely want to know their story, the date will be so much more interesting and fun.” 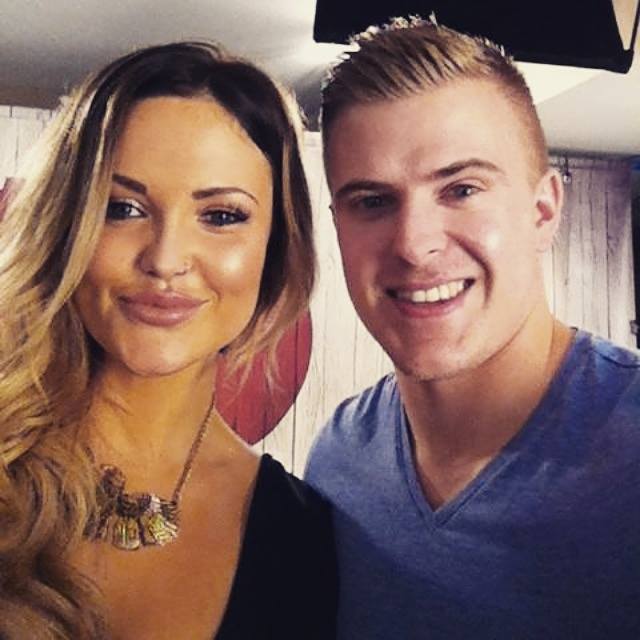 When asked whether she thinks dating is difficult in Vancouver, Johnson remarks:

“I think dating can be difficult no matter where you live. The one thing I’ll say about Vancouver is that it’s a hustlin’ type of city. It’s expensive to live here, so people are more focused on their money – people are in a grind here and have this go-go-go mentality – and that can make it more difficult to find time to focus on dating.”

Johnson’s advice for singles who find it difficult to date in this city:

“Don’t think of it as dating. Think of it as simply getting to know other people. All it takes to meet someone is a smile, and your intention should be ‘you’re another human being, and I just want to get to know you as a person’. Focus on that instead of putting pressure on it in hopes that he or she might be the one.”

When it comes to making a good first impression and potentially meeting a partner, Johnson has noticed that empowering herself caused more men to be attracted to her. “Focus on yourself” she encourages, adding:

“Spend some time with yourself because as cliché as it sounds, the more you come to really love yourself and feel fulfilled on your own, you don’t need someone else to feel good – so if you’re happy on your own, it’s easier to have higher standards for yourself and be picky – which you should be. The happier I was just being alone, the more men would want to date me – because men can sense if you’re happy, and they love that in a woman. Discover your passion and figure out what excites you, because as soon as a man can sense that you don’t need him to feel excited or happy, that’s super attractive. We don’t necessarily want to be with someone who needs us – but rather, we want to be with someone who is fulfilled and happy on their own, and still chooses to be with us.”

Dormer, a romantic-at-heart, loved watching the dates where there was an obvious connection or chemistry, but there were also some hilarious moments. One woman was audaciously checking Tinder while on her date, and there were women who tried to pick up the bartending staff at Earls mid-date.

“This series was a ton of fun to produce. In coming episodes, viewers can expect to see a real mix of awesome and awkward dates,” elaborates Dormer. “There are some incredibly sweet and tender dates right alongside some ‘jaw on the floor’ moments that are hard to watch. The series has a very authentic and genuine feel, much more like a documentary than a reality show.”

Even if participants didn’t find Mr. or Mrs. Right on First Dates, they still had an awesome experience and were provided with a fun and unique way of meeting someone new, allowing most of them (except that one woman) to take a break from Tinder for the night.