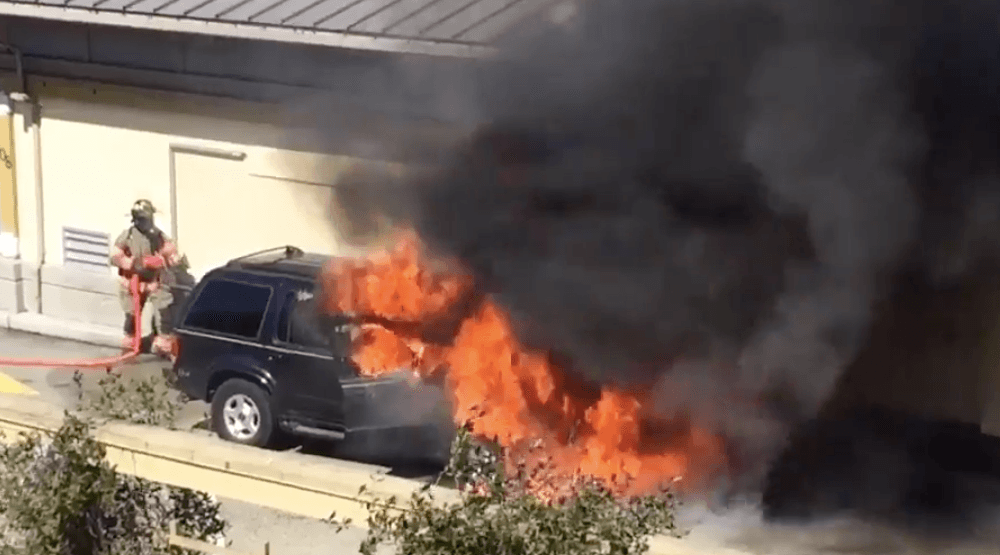 A car fire in the drive-thru of  a West Vancouver McDonald’s destroyed the vehicle as well as the restaurant’s outside menu board earlier this week.

On Tuesday, firefighters responded to the blaze at Park Royal.

The flames were put out “within minutes” and it appears the fire originated in the vehicle’s engine compartment area, said Jeff Bush, assistant chief for the West Vancouver Fire Department.

However, the “exact cause” of the fire at this point is still unknown.

Bush told Daily Hive the fire “spread rapidly” through the vehicle, with flames scorching the outside of the restaurant and setting off the sprinkler system inside.

The call itself came in as a structure fire, prompting a response from three engines, one ladder truck and a battalion chief.

However, once crews arrived on scene and realized it was the car – not the building – that was on fire, some crew members stood down.

“To be honest, the only reason that building is still standing is because of the quick response of our guys,” Bush said. “They hit it hard and they hit it fast.”