Canada concluded the Sochi 2014 Olympic Winter Games with its second best performance at the Winter Games. While the 10 golds at Sochi do not match the 14 golds captured at Vancouver, Canada’s 25 medals at 2014 is just one medal shy of a tie of the all-time Canadian record of 26 medals in 2010. At Sochi, Canada won 10 gold, 10 silver and 5 bronze medals.

Going into the Games, Canadian Olympic Committee officials had a goal of matching and ultimately exceeding Canada’s gold and total medal performance of Vancouver 2010.

While the results did not meet all of the medal predictions and expectations, Canada still finished Sochi 2014 strong coming at third on the medal table. In the past, many host nations often perform well at a home games but fail to maintain a strong performance at subsequent Games.

Host nation Russia ended Sochi 2014 by topping the medal chart with 13 gold medals, one short of the all-time Winter Games record made by Canada at Vancouver, and a total of 33 medals. 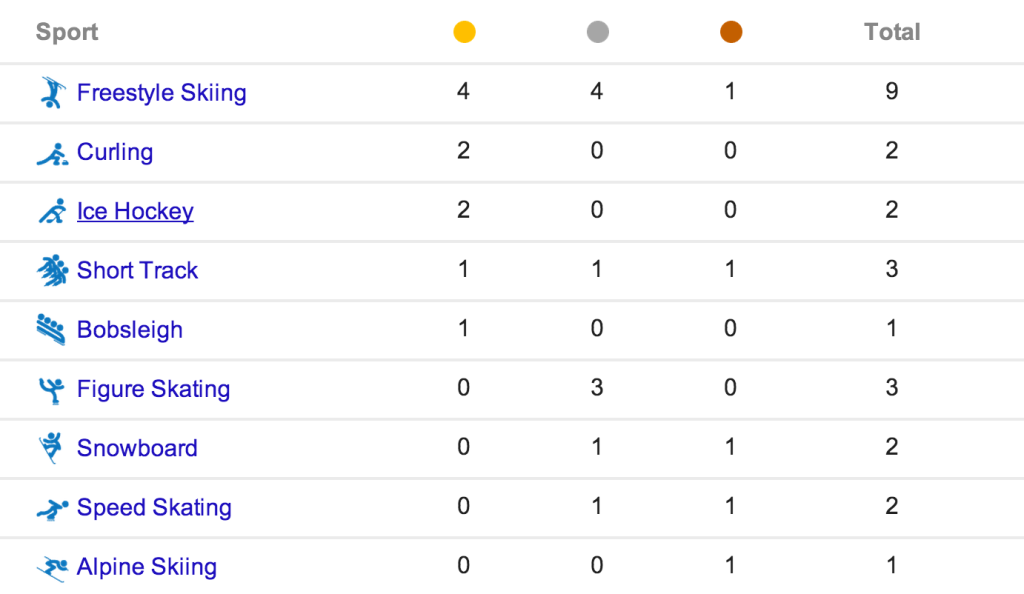 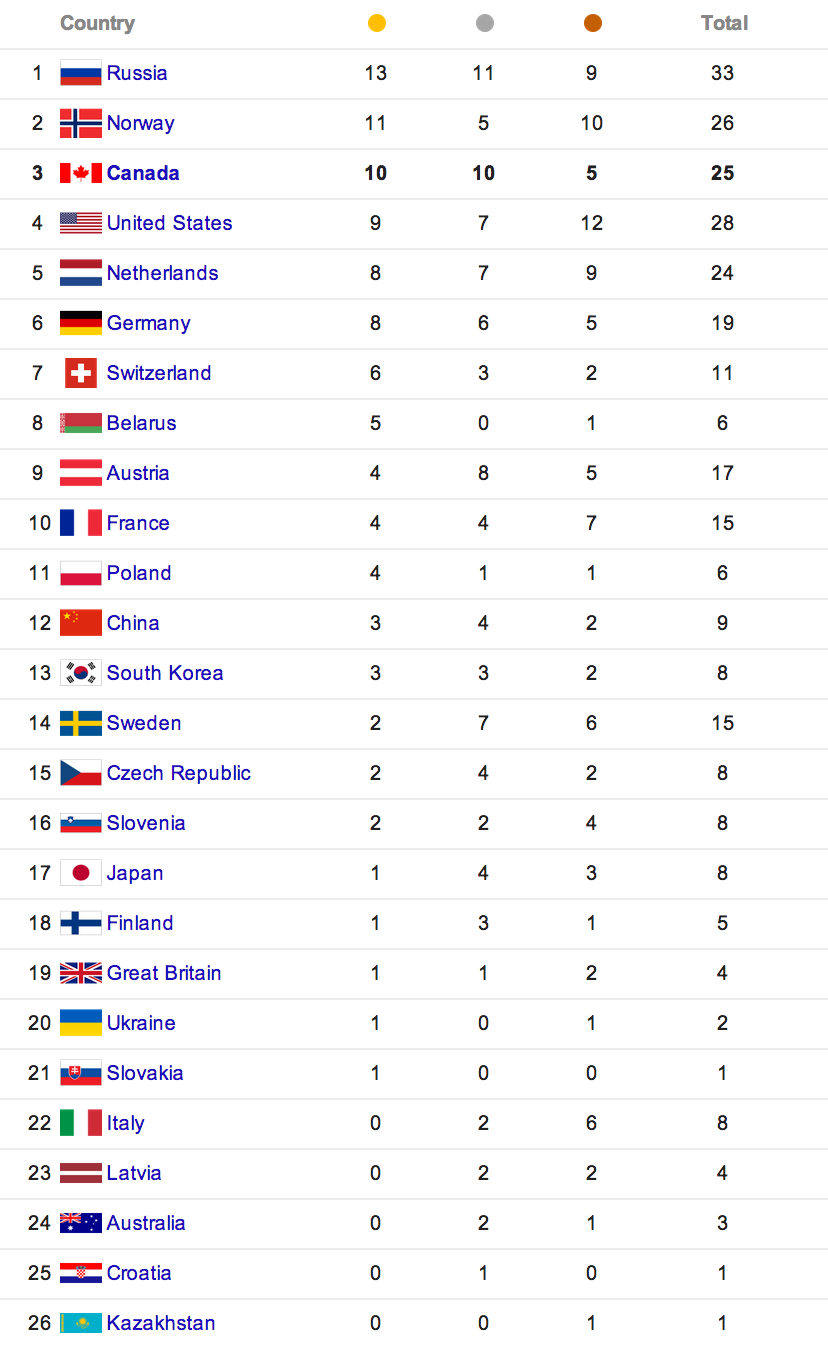