“Well somebody had to be last,” said a Surrey man who was the last, out of 710,000 customers to have power restored after the weekend windstorm that caused the worst single outage in B.C. Hydro’s history.

The Koehn family was the last to have power restored to their home Wednesday afternoon after a weekend windstorm rocked the Lower Mainland. The home was the only one on a single power pole that was snapped during the storm.

Luckily, Kevin Koehn is a general contractor, and happened to have a chainsaw and a generator on hand.

He has nothing but praise for the red-eyed Hydro crews who got his family back on the grid, after four days.

I think as far as this crisis went, the fire department and policeman did a great job, but I think the Hydro guys are the heroes on this one.”

“I think those guys did an amazing job. For a company like that to rally all of their workers that they possibly could and to be able to restore that in four days.”

More than 400 crews from across the province were sent to the South Coast to assist with the around-the-clock power restoration effort. 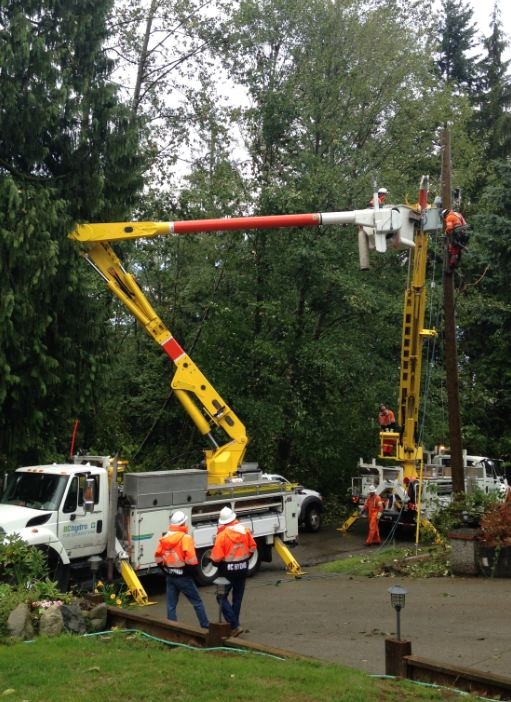