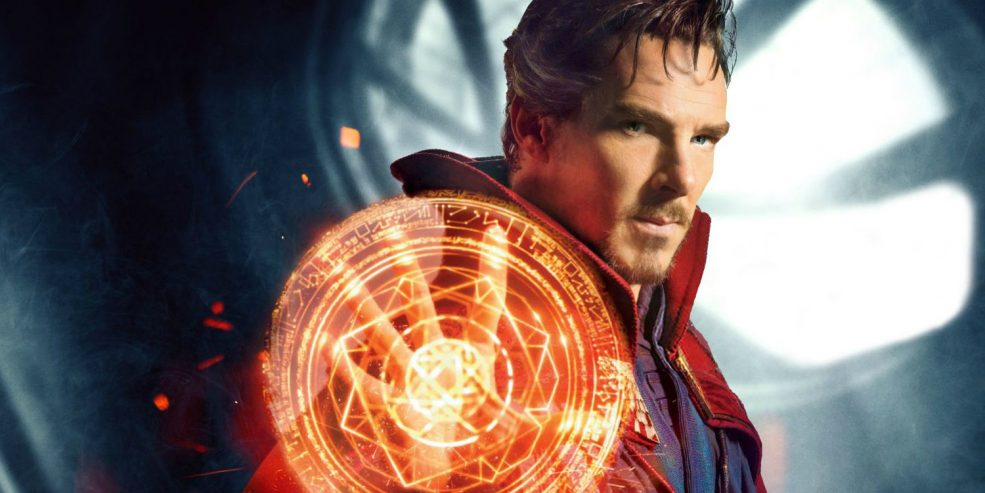 Now that the leaves are falling, it means fantastic cinema is dropping into theatres this fall.

This time of year is when studios like to put out their more “mature” blockbusters and films they can start positioning for awards. So just like we did with the summer round up, we thought we’d give you 10 films to check out between September and December 1. I can’t guarantee that these will all turn out to be amazing, but there is some promise in these flicks.

Obviously I couldn’t include everything that’s coming out, but this solid list of 10 should get you into the theatre as we head into the cooler days of autumn. By all means comment below and tell us what you’re looking forward to seeing.

Welcome back, Renée Zellweger. It’s been a few years since we’ve seen her on screen as Bridget Jones. Back in 2001 we got Bridget Jones’s Diary, which got great reviews, but was followed up by the 2004 Bridget Jones: The Edge of Reason which got absolutely panned by critics. So you can understand why it’s taken well over a decade to give poor ol’ Bridget another kick at the can.

This time Bridget is 40 and freshly single after breaking up with Mark Darcy (Colin Firth). But things become complicated when she has a fling with an American named Jack (Patrick Dempsey) and soon after she finds out that she’s pregnant but she’s not exactly sure who the father is. Early buzz on this is that it’s one of the best comedies of the year.

Some people were pretty butt hurt that Hollywood went and remade the 1960 western classic The Magnificent Seven. Those people are dumb. Why? Because the 1960 version that they love so much is actually a remake of the 1954 Akira Kurosawa classic Seven Samurai. Actually that beloved film has been remade many times over including Pixar’s retelling in A Bug’s Life.

Now, we get Denzel Washington starring in his very first western alongside Chris Pratt in which already you have two of the most bankable stars in Hollywood. Add the likes of Ethan Hawke, Vincent D’Onofrio, and a very capable director in Anton Fuqua and you have yourself a recipe for an entertaining film.

The Girl on the Train

Based on The New York Times Bestseller by Paula Hawkins, The Girl on the Train looks to be one of the most intriguing films of the year. There were so many actors originally tied to this film, but when the smoke settled, Emily Blunt and Rebecca Ferguson got the call – and that’s fabulous news. This is a mystery that focuses on a girl named Rachel (Blunt) who sees the same couple on her commute every day. She never talks to them, but in her head she fantasizes about what their happy life must be like. One day something bad happens and she becomes entangled in a missing person’s investigation. This has surprise hit written all over it.

The title alone probably won’t have you running to the box office, but Ben Affleck trades in his bat suit for a boring and bland suit equipped with a pocket protector. In this thriller, Christian Wolff (Affleck) is a math savant who is better with numbers than socializing with people.

Using his small CPA business as a cover, Wolff makes his living working as a bean counter for the mob. When a Treasury agent (J.K. Simmons) starts to investigate, Christian takes on a robotics company as a legitimate client in order to swerve the Government from investigating. However, the legitimate company has secrets of it’s own and when Christian stumbles upon a discrepancy that involves millions of dollars, the body count starts to rise. This looks like a supercharged thriller with a great cast.

No matter what you think of Mel Gibson, he is one of film’s great directors. Having now exorcised his personal demons, he returns behind the camera to direct WWII flick Hacksaw Ridge. Andrew Garfield stars as Army Medic Desmond T. Doss, who served during the Battle of Okinawa, but did it as the first Conscientious Objector in American History, meaning he refused to kill people and was eventually awarded the Medal of Honor. This film got a 10-minute standing ovation at this year’s Venice Film Festival and has been getting great reviews from top critics.

Benedict Cumberbatch plays Dr. Strange a neurosurgeon that damages both his hands in a car accident. While looking for a miracle cure, he stumbles upon a sorcerer who teaches him the mystical arts in order to defend the world against evil. This is one of the year’s most anticipated films, and with Marvel’s track record, it’s safe to assume that this will be the highest grossing film of the season. It also opens up another cinematic world within the Marvel Universe, but stays in line with the overall cannon we have seen in the previous Avenger films.

Filmed in Montreal, Arrival is a sci-fi to get excited about. Starring Amy Adams, Jeremy Renner, and Forest Whitaker, the story focuses on mysterious spaceships that land in various locations around the world. The military hires an elite team to investigate whether these aliens come in peace or have more nefarious things in mind for humanity. This is directed by one of Canada’s top directors Denis Villeneuve who gave us last year’s bit hit Sicario. This is going to be a must-see.

Fantastic Beasts and Where to Find Them

All you have to do is have J.K. Rowling attached to a story and the Muggles will come running. This is a spin-off of the Harry Potter Universe, but it’s more of a prequel about 70 years before we first meet the boy with the lightning bolt on his forehead. Instead of the magical and secret community of London, we’re taken to New York’s haven of wizards and monsters. There, we meet Newt Scamander (Eddie Redmayne) who begins his journey as a Magiczoologist and starts to write the famous Hogwarts’ text book Fantastic Beasts and Where to Find Them. This film already has the magic spell that’ll make it a juggernaut at the box office for all ages.

Like Disney hasn’t made enough money this year. Zootopia was one of the year’s best films, and now Disney follows that up with another animated feature called Moana. The story centres around a teenage girl named Moana who goes on an epic adventure across the Pacific Ocean. She is joined by a once-powerful demigod Maui (voiced by Dwayne “The Rock” Johnson) who helps her take on enormous monsters and impossible odds in order to save her people. Disney has been on fire lately so I have high hopes for this one.

Manchester by the Sea

This is one of those smaller films that has been doing the film festival circuit and has been receiving a ton of great reviews. Most of the acclaim has been pointed at Casey Affleck and his performance. Affleck plays Lee Chandler who returns to the small fishing town in Massachusetts to bury his older brother Joe (Kyle Chandler). However, what Lee doesn’t expect is that Joe has made him the legal guardian of his orphaned teenage son. This is a powerful film that deals with grief, guilt and the power of love, and the early buzz has been Oscar contender. It’s on limited release so try and find a theatre that’s playing it. If you live in Vancouver it’s playing at the Vancouver International Film Festival in October.