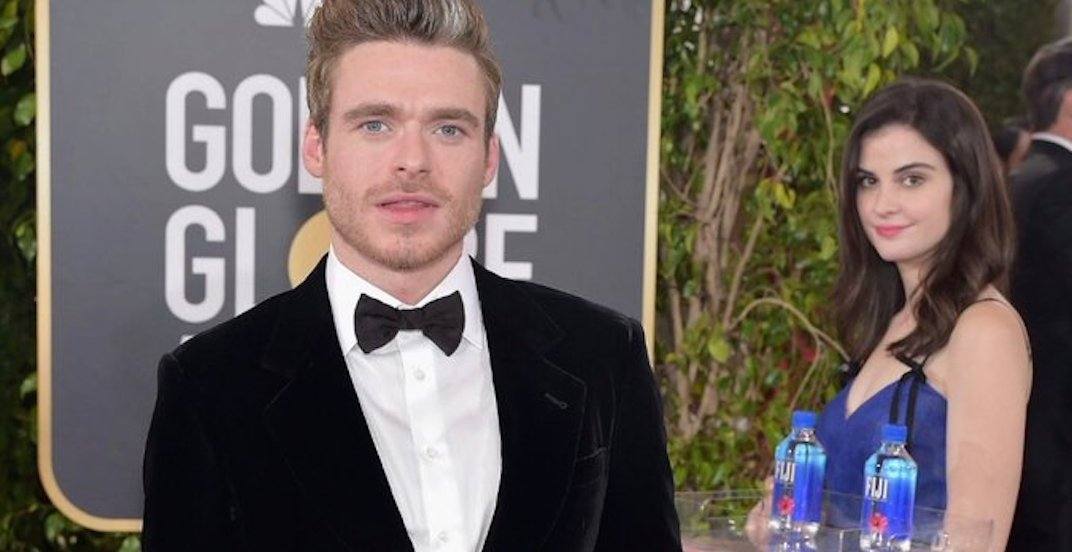 In a surprising turn of events, the infamous scene-stealing Fiji Water model who photobombed some of Hollywood’s biggest stars at the 76th annual Golden Globes is now suing the company that gave her her overnight fame.

Kelleth Cuthbert, aka ‘Fiji Water Girl,’ is now taking legal action against the water company after they turned her photo into a promotional cardboard cutout without her permission, according to the Hollywood Reporter.

Cuthbert, whose real name is Kelly Steinbach, claims the company asked her “to sign away her rights in the moniker ‘Fiji Water Girl'” and authorize the use of her photo and likeness in the campaign, something she says she didn’t agree to.

The model says she was “pressured” into recording a fake signing, which was intended to show her signing on as a Fiji Water Ambassador.

“The fake document Steinbach fake signed in the potential future promotional video was not an agreement,” writes attorney Kimberly Buffington, in the complaint. “The fake document was not signed by Fiji Water and was later destroyed by Steinbach.”

In a statement, a Fiji Water spokesperson refuted the claims and said, “This lawsuit is frivolous and entirely without merit. After the Golden Globes social media moment, we negotiated a generous agreement with Ms. Cuthbert that she blatantly violated. We are confident that we will prevail in court. Throughout our history, we have had a sterling reputation working with talent.”

According to the Hollywood Reporter, Steinbach says ‘Fiji Water Girl’ has generated “at least $12 million in exposure for the brand” and the model is now seeking “punitive and compensatory damages, plus disgorgement of Fiji Water’s profits.”

This woman isn’t nominated for anything, she’s just holding FIJI Water for the celebs on the red carpet whilst milking it for all it’s worth and we are living. SERVE IT, QUEEN #GoldenGlobes pic.twitter.com/rqGXnBZQi5

On January 6, Steinbach became the talk of the internet after she stood behind stars on the red carpet with her tray of Fiji Water.