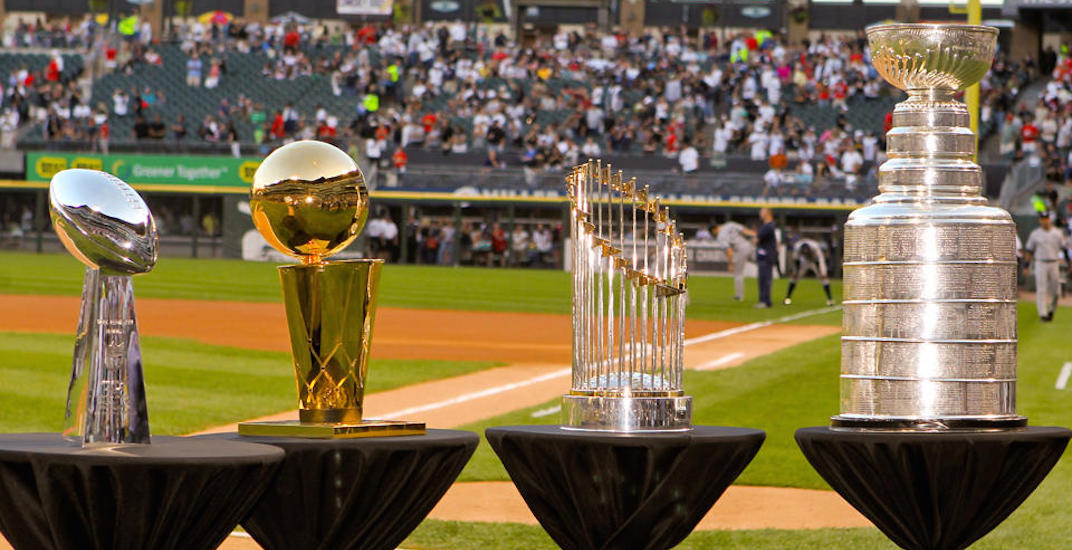 Players will do anything to get their hands on the Stanley Cup, World Series, Vince Lombardi Trophy, or Larry O’Brien Championship Trophy.

For players in those leagues – NHL, MLB, NFL, and NBA – their respective championship trophies are priceless. Just ask Alex Ovechkin.

But in terms of raw material value, they all pale in comparison to the FIFA World Cup. In fact, all four North American major pro sports championship trophies, combined, are worth far less than the World Cup.

If you wanted to replicate the Lombardi Trophy, handed out to the winner of the Super Bowl each year, you could do it for about $2,000 plus labour costs, according to USA Today – fluctuating with the price of silver.

The Stanley Cup is the largest North American pro sports trophy, and also the most valuable, estimated at over $23,000 in raw materials. Of course, the Stanley Cup is worth more, depending what’s in it.

Someone filled the @StanleyCup with caviar 🤷‍♂️ #ALLCAPS pic.twitter.com/AoBeJGcw0R

They all pale in comparison to the cost of the World Cup, which has an estimated worth of $20 million in materials. Replacing the Jules Rimet Trophy in 1974, the World Cup weighs 13.5 pounds and is made of 18k gold.

This week, one team will be lifting the FIFA #WorldCup

When something like this is at stake, it is the ultimate #MondayMotivation 👊🏆 pic.twitter.com/bJjxngkzge