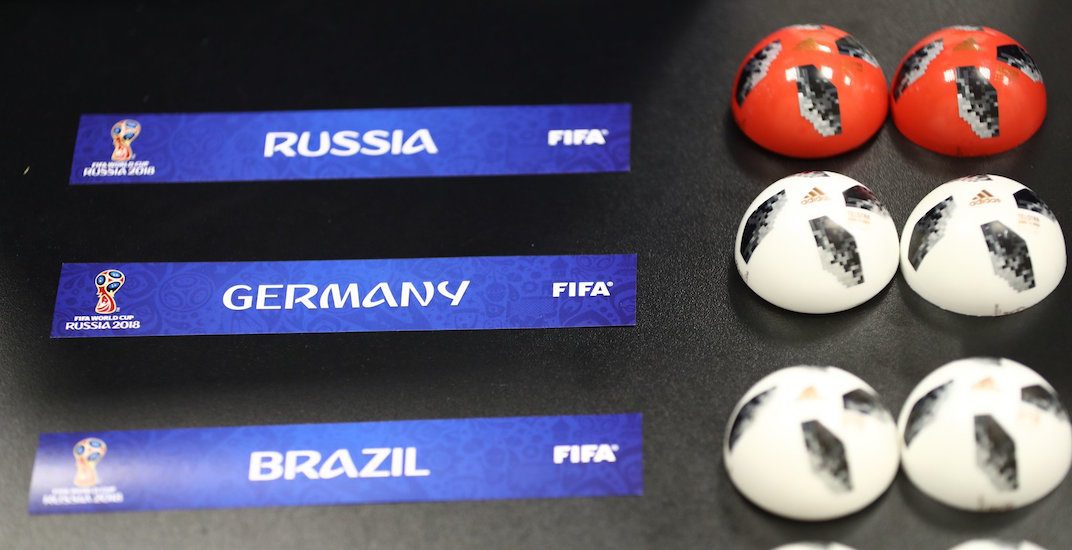 We now know who will play each other at the FIFA World Cup next year in Russia, as the opening round groups are set.

The final draw was held in Moscow on Friday, with 32 teams divided into four pots. The pots were based on FIFA rankings from October 2017, with the exception of the hosts from Russia who were automatically given a spot in pot 1.

One team from each pot was drawn to form eight groups composed of four countries. No two teams from same region were allowed to be drawn into the same group except Europe, for a maximum of two countries.

Here’s how the groups shake up, with world ranking in parentheses:

With the groups now decided, we now know the full FIFA World Cup schedule, with the first match between Russia and Saudi Arabia on June 14 in Moscow.

Now all that’s left is for everyone across the globe to argue about which group is the most difficult.

You can make a strong case that the ‘group of death’ is Group C, with three top 12 teams. Group F is no walk in the park either, with three teams in the top 18 – including World No. 1 Germany.