Vancouver is hoping to rekindle some of its Olympic atmosphere for the 2015 FIFA Women’s World Cup by holding the largest fan zone festival event in Canada.

This is the same vacant city block, located just one block from B.C. Place Stadium where Women’s World Cup matches will be played, that hosted the Live City Vancouver festivities during the 2010 Winter Games.

The fan zone is free to the public of all ages during and is designed to hold a capacity to fit between 5,000 to 6,000 people. The entire site will double as a giant beer garden, which is made possible by the provincial government’s recent reforms on liquor laws.

There will be two large video screens under a large tented area, live music and entertainment, sport demonstrations on a miniature pitch, food trucks, hospitality area, and pavilions by Women’s World Cup sponsors and FIFA. 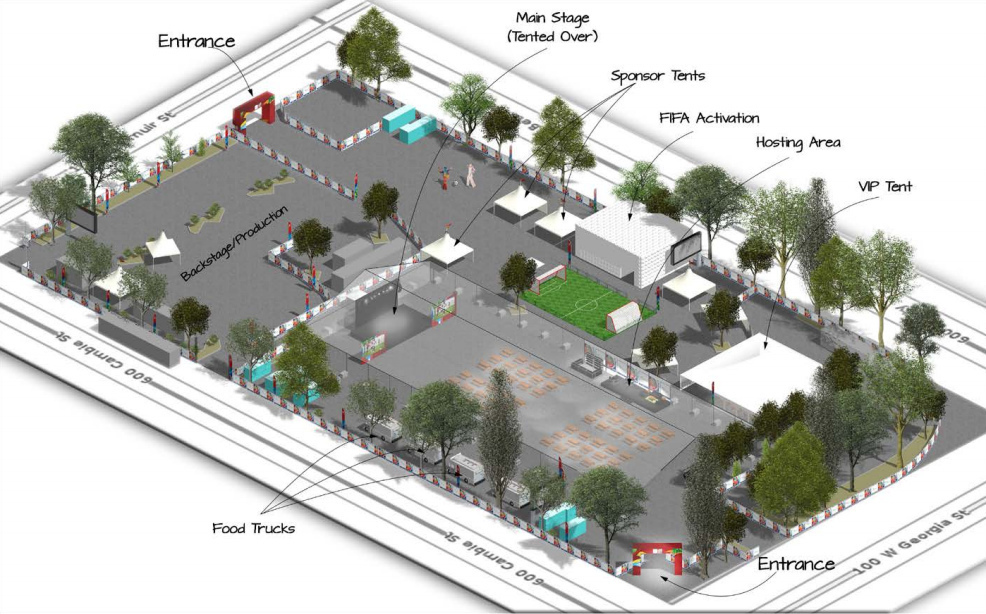 “Vancouver’s fan zone will be the largest one in Canada and we’re the only host city where all of the sponsors will have activations,” Michelle Collens, Manager of Sport Hostings for the City of Vancouver, told Vancity Buzz.

“This includes Adidas, Budweiser, Coca-Cola, KIA Motors, Trend Micro… and FIFA will also have its own activation, the only one in any of the cities during the tournament. The public can walk into an interactive women’s locker room exhibit.”

A hospitality area on the site provides sponsors, organizations and other entities with the option of renting space for private parties and gatherings.

Plans are also in the works to set-up a ‘Pride House’ on the site for LGBTQ athletes and fans. A similar designated gathering space during the 2010 Games was a first for a major global sporting event.

The fan zone will be open for a total of 12 days, coinciding with the nine dates matches will be held at B.C. Place Stadium (including the championship final), matches involving the Canadian women’s soccer team, Canada Day, and the match for third place. All matches scheduled for the day will be screened live at the festival.

Over on the other side of the downtown peninsula, Fox Broadcasting Company has received approval to build a two-storey broadcasting studio on the northern end of Jack Poole Plaza. The location will provide a scenic backdrop for Fox Sports’ live coverage of the Women’s World Cup as well as a secondary area for the public to watch live screenings of the matches.

In the coming weeks ahead of the tournament opener, red banners and scrim will be erected across the downtown core and False Creek bridges for the World Cup’s ‘Look of the City’ decorations. 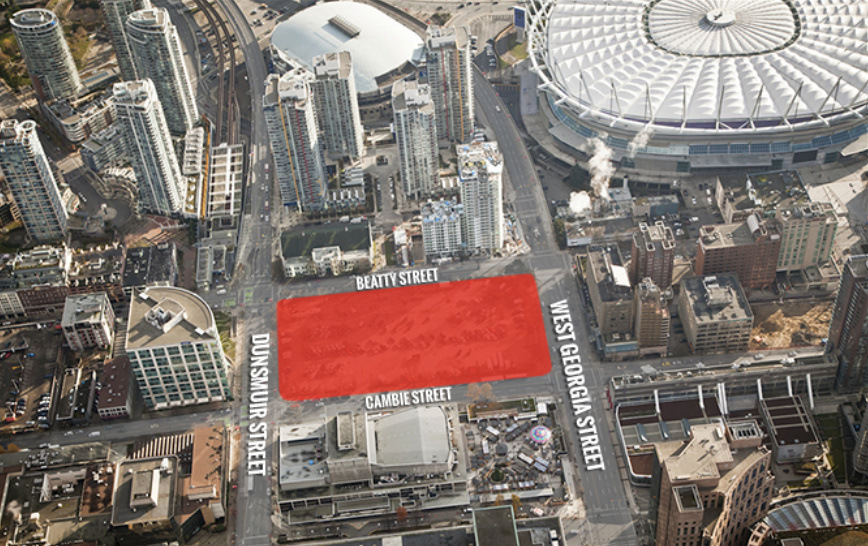 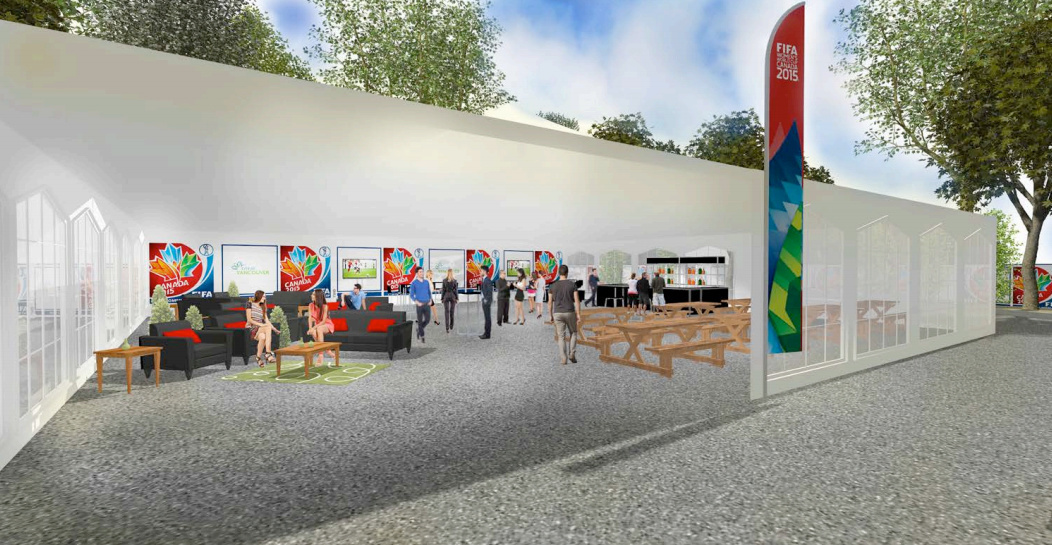 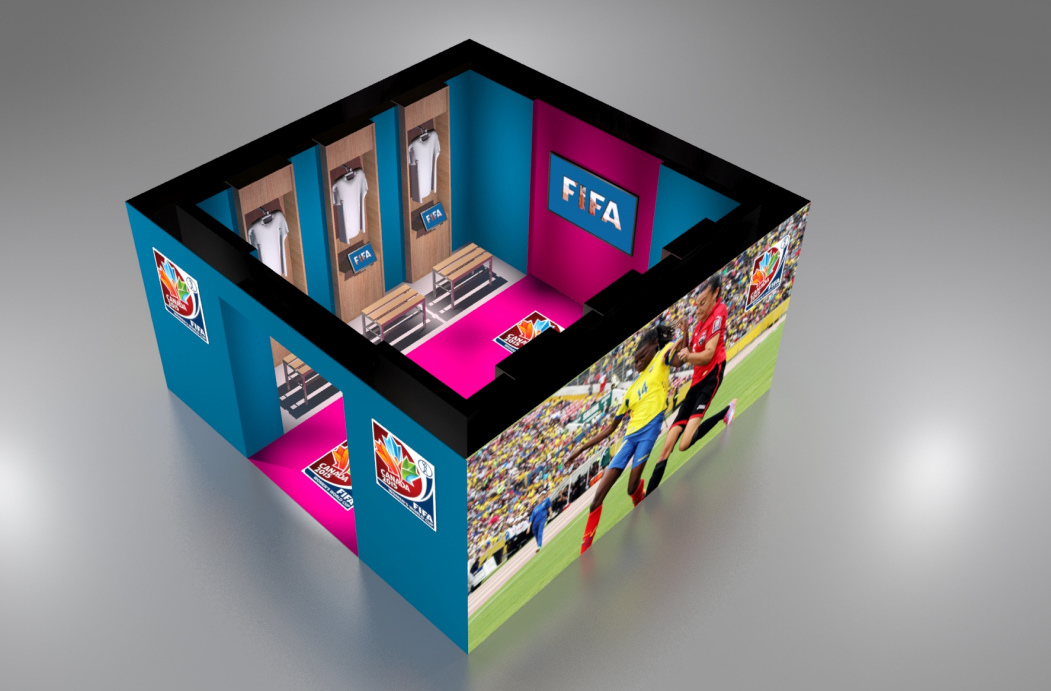 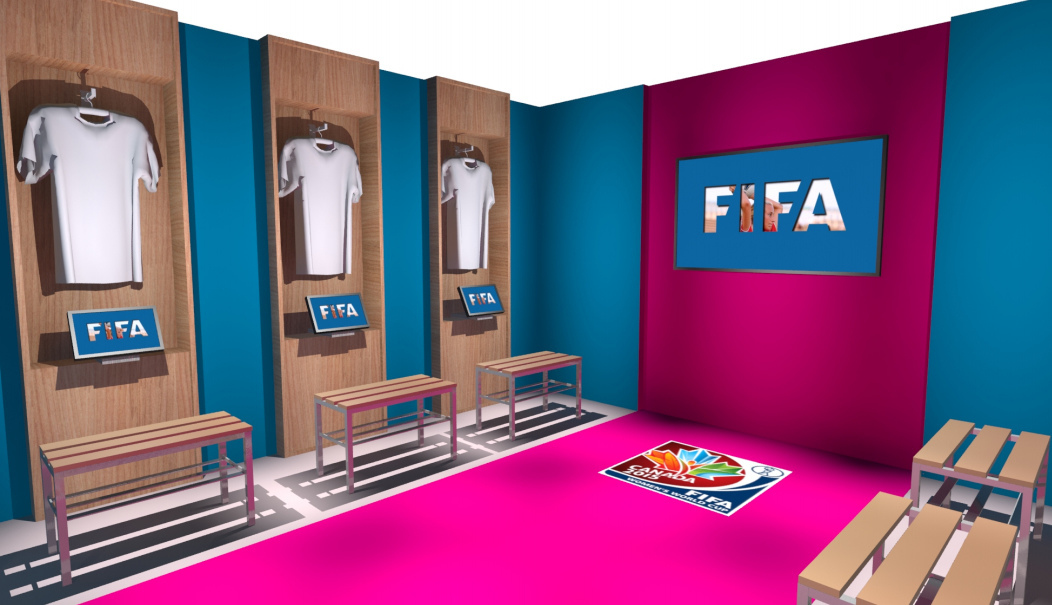