Everyone’s favourite sick, twisted card game will be brought to life again on Wednesday, June 18. The popular “Cards Against Humanity” game inspired one group of Vancouverites to create an improv comedy show out of it, which they’ve been performing on a monthly basis for nearly two years.

The Fictionals Comedy Co. is a Vancouver-based improv group that has been performing their show “Improv Against Humanity” at the Rio Theatre since November of 2012.

Co-founder of The Fictionals and creater of the show, Daniel Chai, came up with the idea after his first time playing the card game at a friend’s house.

Shortly after that, Chai e-mailed the creators of Cards Against Humanity and received their blessing to create the show.

Not only are they guaranteed to make you laugh, but they also incorporate the audience into their performance.

The Fictionals have an expansion pack of cards called “Cards Against Vancouver” which pokes fun at the things we love to hate about our beautiful city.

The next show will be Wednesday, June 18 at the Rio Theatre. You can also watch them perform other shows every Tuesday evening at Cafe Deux Soleils at 8 p.m. 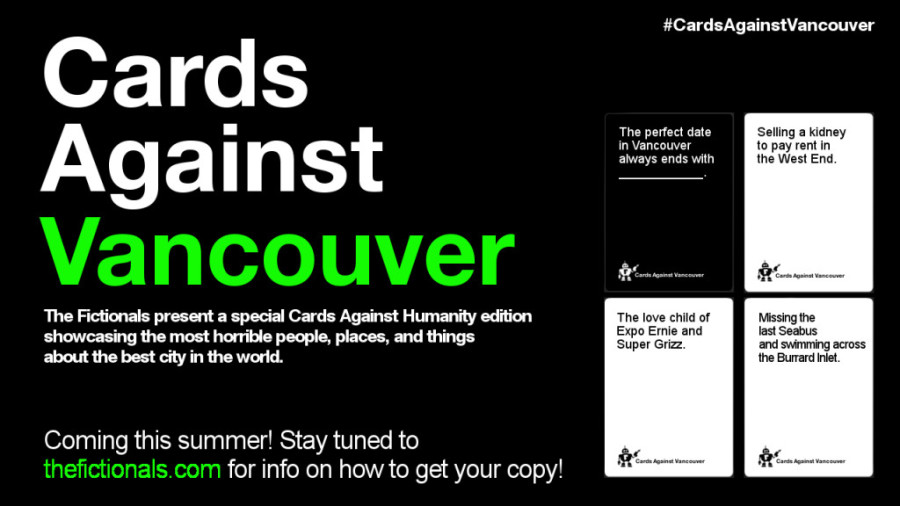