We can’t get enough of our frozen treats here in Vancouver. Fortunately, for the ice cream, soft serve, gelato lovin’ folk in the city, there seems to be a never-ending list of places and products to try.

While it’s great to enjoy a refreshing gelato on the spot, at times it’s also favourable to be able to grab a pint of gelato goodness to-go. Offering both scoops and tubs of gelato, we introduce to you Fiasco Gelato, a Calgary-based artisanal gelato company, that has recently become more widely available in Vancouver. 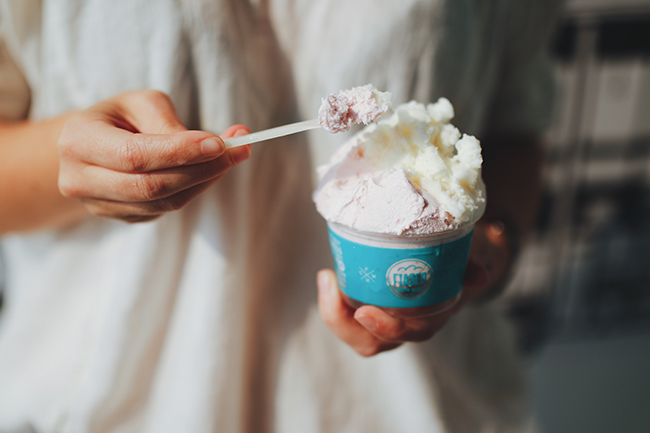 Created from fresh ingredients, which are sourced locally when possible, and handcrafted in small batches, Fiasco offers a range of innovative gelato and sorbetto flavours with decadent textures, which include Blueberry Basil, Blood Orange, Cucumber Lime, Dark Chocolate Caramel Sea Salt and more.

“We are super committed to the integrity of the ingredients in our product, and care more about the purpose than the profit,” says James Boettcher, owner of Fiasco Gelato (aka the Chief Idea Officer). This dedication and passion for the business, which is shared by the entire Fiasco crew is evident in each mouthful of flavour-packed gelato.

“Obsessed with quality,” you won’t find artificial or GMO ingredients in Fiasco’s recipes. Instead you will discover a wonderful array of fresh and locally-harvested ingredients, like assorted herbs, rhubarb, oats and honey sourced from nearby farms.

In regards to the fruits used, Fiasco sources produce from both Alberta and B.C. Boettcher says, “ironically, most of our fruits come from B.C., except for Saskatoon berries, and sometimes strawberries.” 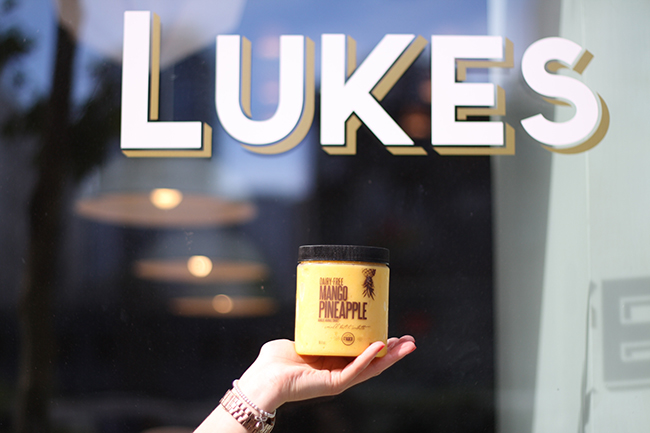 Although Fiasco has undergone some rather big transformations in recent years, in the form of ownership (Boettcher took over complete control of the company in 2009), rebranding (Boettcher reduced the amount of storefronts in Calgary to one), and reinvention (Boettcher and his team had to rebuild the company after the store was gutted by a fire), one thing has remained the same, the promise of a superior product.

On the shelf, Fiasco’s Italian ice cream can be bought in convenient 19 ounce hand-packed tubs, which you can either take home or eat in one sitting, depending on how indulgent you’re feeling. A pint will generally set you back around $10, while a scoop costs around $4-5.