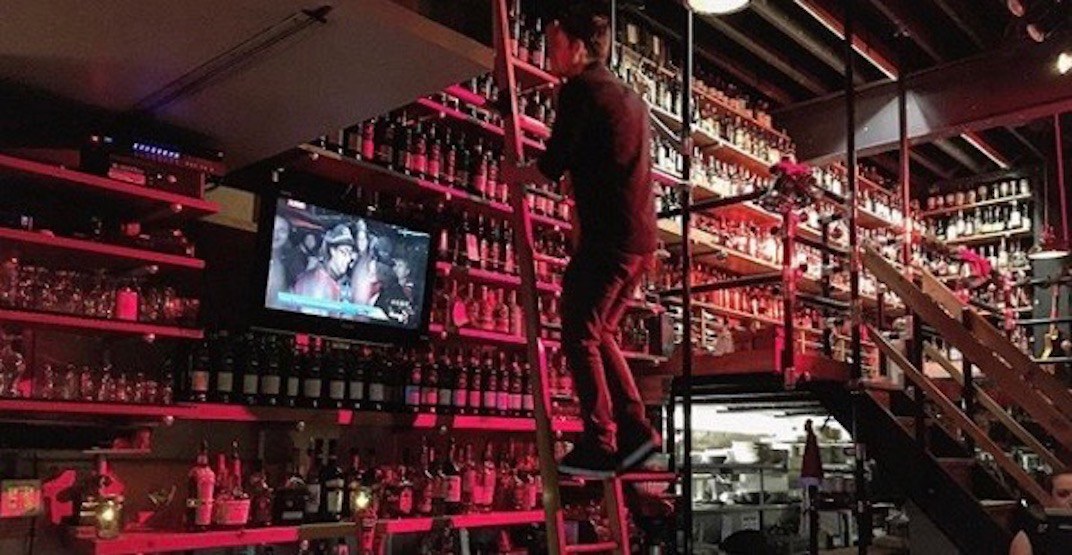 Whisky library at Fets before the seizure(@kentonklassen/Instagram)

It was just a regular Thursday morning at Fets Whisky Kitchen. Then the clock struck 10 am and three individuals from the BC Ministry of Attorney General entered the Commercial Drive bar and eatery.

The trio told a Fets employee they believed some of the Scotch Malt Whisky was obtained illegally, and after asking for receipts for all bottles from the BC Liquor Distribution Branch, they seized 242 bottles of whisky from the venue’s mammoth collection.

This was because the receipts for those few hundred bottles were from the Scotch Malt Whisky Society, to whom they’ve been a partner bar for six years. This club has the “world’s largest selection of single cask, single malt whiskies available in Canada.”

“$40,000 down the drain,” Fets owner Allura Fergie told Daily Hive via phone, “We may never get that product back.”

Fergie said these bottles were registered with the BC Liquor Distribution Branch and the government has received tax for the products, but the whiskies were still taken.

“That’s where there’s a gray area,” she said.

Most the whiskies that were taken weren’t available at government liquor stores, but were purchased through private liquor stores.

Known for their Whisky Bible and 1,300+ bottles of whisky, Fergie says they were sealed, boxed up, and placed in the back of a U-Haul to be moved to a secure warehouse.

The business owner said she hadn’t received any warnings prior to the seizure.

“It was an undercover sting operation that has been ongoing, stemmed out of a complaint out of Victoria.”

Fergie said whisky seizures took place in three other BC bars at the same time yesterday, one in Nanaimo and two in Victoria.

“It’s so surreal and it’s something out of a Prohibition movie,” said Fergie. “It’s a little heavy handed for people that are operating a legal business in my opinion.”

“Almost every cocktail bar in the city has specialty bottles from a private liquor store. They’ve opened up a big can of worms.”

The Ministry of the Attorney General said the Liquor Control and Licensing Branch (LCLB) couldn’t comment on compliance measures taken against these specific establishments.

They did remind us that as part of its regular operations, the LCLB performs inspections and follows up on complaints received about establishments. An inspector may seize product in an establishment if the inspector believes that it was unlawfully obtained or kept for an unlawful purpose.