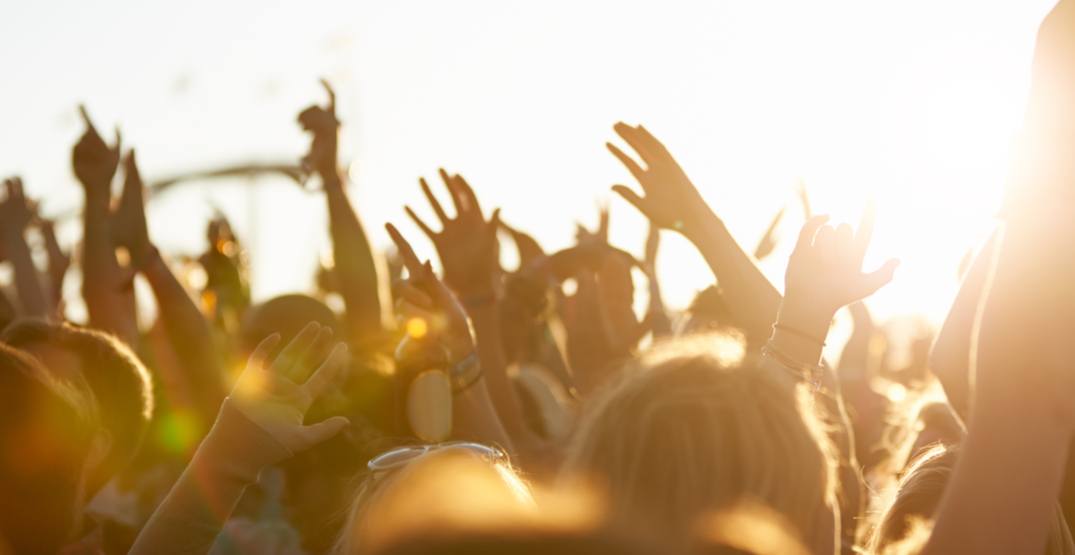 You have to admit, Vancouver becomes an even more awesome place to live when the sun is out. And this summer, it’s about to get better with the launch of Savour Summer Festival, presented by Wesgroup and River District.

The festival kicks off on July 21 from 4 to 8 pm with live music from Grooveport and Vancouver indie soul band, The Boom Booms.

Brothers Aaron Ross and Sean Ross, Tom Van Deursen, Geordie Hart, and Theo Vincent, make up The Boom Booms — a group that has busked across Europe, performed in the Brazilian Amazon, Rio’s famous ‘Casa Rosa’, and toured in a Scamper RV during the 12,000 km round trip from Vancouver to Panama. You can expect plenty of Latin-inspired, soulful sounds during the group’s free concert in Vancouver.

On Saturday, August 11, bring the kids as Her Brothers, Shine Divine, and Paw Patrol, will be performing during the event from 4 to 8 pm. While you’re there, enjoy free face painting and stay cool with free Starbucks iced coffee samplers and more.

Next up on August 25 is Romer’s Burger Bar BBQ featuring Dr. Strangelove. You certainly don’t want to miss this opportunity to savour summer because there will be free sliders and craft beer samples waiting for you! You can also take part in creating River District’s very own mural in partnership with an interactive mural company. 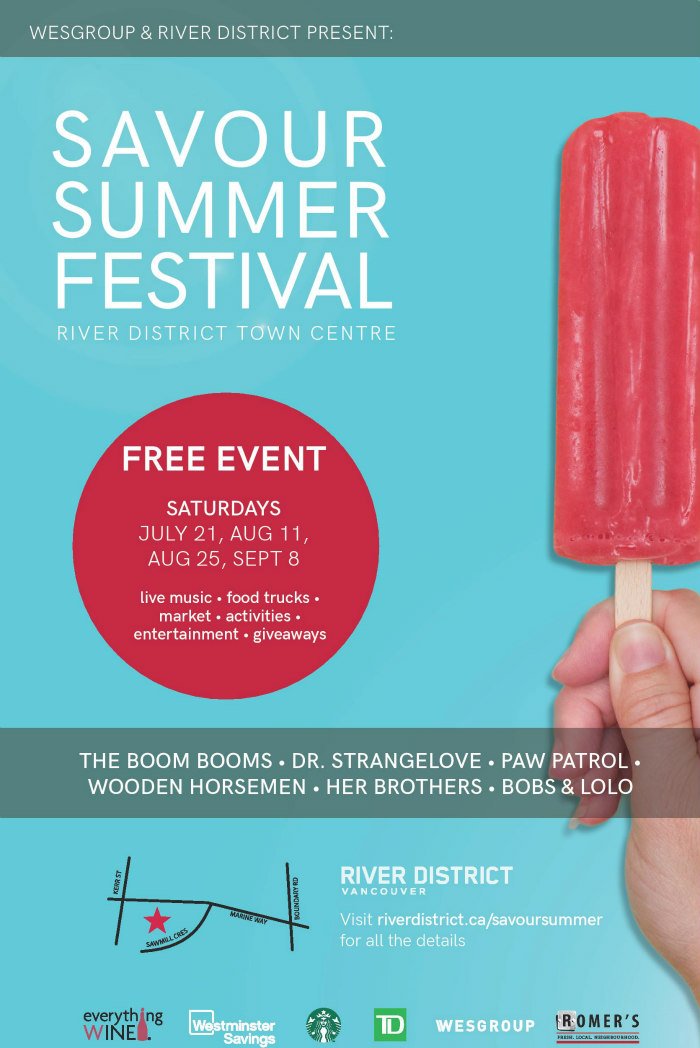 The Savour Summer Festival wraps up on Saturday, September 8, with the Westminster Savings block party from 2 to 8 pm. You’ll have another chance to help create River District’s very own mural on this day.

Kids entertainers Bobs & Lolo will be taking over the stage before the block party finale. You can catch blues-folk inspired Wooden Horsemen at 7 pm for a guaranteed danceable set!

You’ll have the chance to win $500 in the money wind tunnel, and there’s free popsicles, as well as popcorn. Who would say no to that?

Pro tip: If you’re one of the first 200 people in attendance, you’ll receive a free Savour Summer hat. Visit River District now to find out more.