NYC-based rapper Princess Nokia is coming to Celebrities Nightclub this Thursday, November 23. The 25 year old breakout artist will be performing two shows in Vancouver, as part of her sold-out world tour.

Princess Nokia is a hard one to pin down. She can go from rapping, to singing, to spoken word from one verse to the next. And while her music fits into rap or hip hop category, it also has a lot of R&B influences throughout.

One thing’s for sure—many of the songs on this year’s 1992 Deluxe album celebrate the artist’s Afro-Indigenous identity. 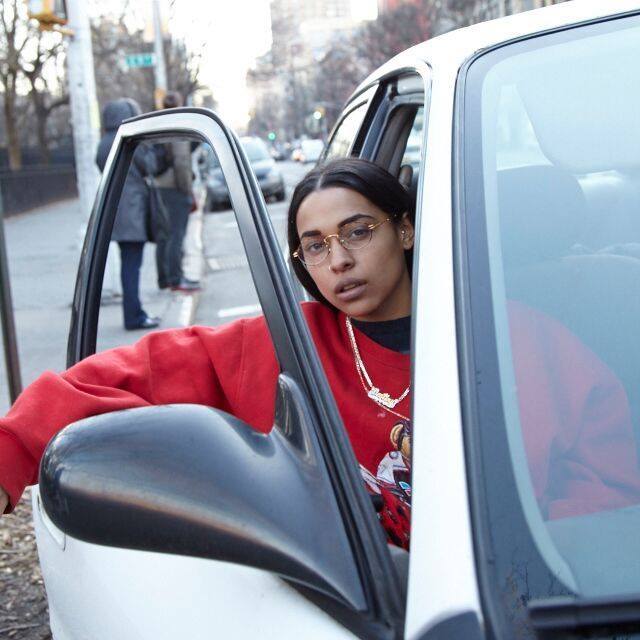 Destiny Frasqueri, also known as Princess Nokia (and formally known as Wavy Spice), has made waves in the community from the short time she’s been in the spotlight.

Although she released her first track “Destiny” in 2010, the rapper first got noticed internationally in 2015, when her self-released album Honeysuckle was shared widely online. And Princess Nokia’s fanbase has been growing ever since.

This year’s 1992 Deluxe is a reissue of her mixtape in 2016 of the same name, but this time with eight new tracks. The album got astonishing reviews, despite it being so vastly different from her previous projects.

On the album, Princess Nokia opens up about many personal topics. From abusive experiences in foster care and the early death of her mother, to growing up genderfluid and her views on feminism. The album also features lyrics about her love for comic books and growing up in New York City.

Besides music, Princess Nokia is best known for the Riot Grrrl inspired, feminist collective Smart Girl Club. Frasqueri has been recording the podcast for almost four years, first in collaboration with Know-Wave Radio, then independently from her bedroom on Soundcloud.

She describes the show as a “safe space for wonderful women who want to discuss a myriad of concepts and motifs and ideas about poetry, and womanhood, and sisterhood, and art, and creativity and self-love and healing. And also a place where we can talk shit, and pop our gum and just tell it like it is.”

Princess Nokia’s concerts are empowering and have an unmistakable energy to them. The early show at Celebrities on Thursday is all-ages, while the late show is 19+.