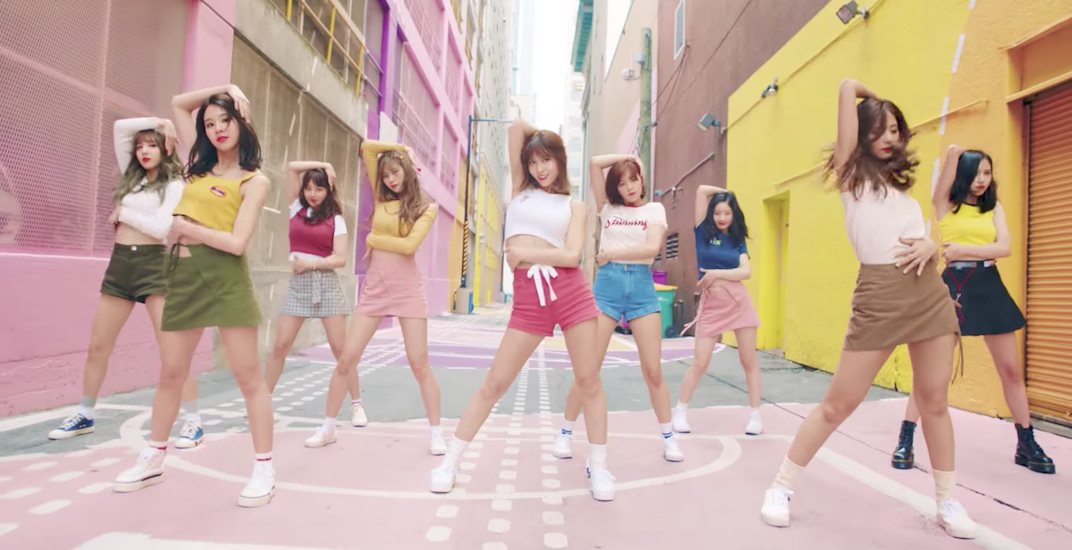 Twice, one of South Korea’s most renowned K-pop groups, filmed their latest music video in Vancouver, showcasing some of the most iconic areas in the region.

Their video went live on YouTube approximately nine hours ago and has already amassed 3.7 million views at the time of writing.

“Likey” is the new lead single in their 13-song Twicetagram album, which was released earlier today. This is their first full-length feature album, and it is made entirely for the social media generation and is even named after the group’s Instagram account of over 3.3 million followers.

In the video, nine women with Twice sing about what they need to do to get the “like” of their crush.

Locations in the Vancouver region that are featured in the video include Sunset Beach, various areas of Gastown (such as Maple Tree Square), White Rock Pier, Alley Oop (the bright pink and yellow near Granville and West Penderstreets), Steveston, and SkyTrain while riding an old Mark I train.

Twice, formed in 2015 through a reality TV show, already has a number of hits under their belt, with top-charting songs including a EP that was the highest selling K-POP female group album of 2016.