Wrap your head around this: Cooking at home has been pigeonholed as “woman’s work,” while professional cooking is considered a man’s game. There are a number of phenomenally talented female chefs in Canada, but for many it’s still a struggle to rise to the top on equal footing with their male counterparts.

“When it comes to skill, expertise, creativity, talent and the ability to handle a knife, there are no differences between men and women. Yet, in professional kitchens — and in the media — there aren’t many women at the top of the food chain nor much acknowledgment of those who have made it there,” reads a 2014 exploration of gender in professional cooking in the National Post.

For its last season, “Top Chef Canada” brought on seven men and seven women and tried to spin the competition as a “Battle of the Sexes” (three men were left standing in the finale). For the show’s inaugural season, Calgary’s Connie DeSousa was one of the two runners-up for the title; she co-owns CHARCUT Roast House, and is opening charbar, for which she brought on Chef Jessica Pelland as head chef.

Sisterhood, or just smart pairings? DeSousa and Pelland are headed to Vancouver for the EAT! Vancovuer Food + Cooking Festival, where they are teaming up with Andrea Carlson, one of the city’s most esteemed (and female) chefs, for a dinner at her restaurant, Burdock & Co.

Also headed to Vancouver for EAT! is Anna Olson, a familiar face for Canadian TV viewers thanks to her Food Network Canada show “Bake with Anna Olson.” Among Olson’s EAT! activities is a team dinner with Vancouver’s own Jackie Kai Ellis, who is a powerful figure on the local pastry scene thanks to her tantalizing baked goods at her charming bakery, Beaucoup.

I asked DeSousa, Carlson, Olson, and Ellis briefly about their encounters with gender inequality in their culinary careers, who their role models are, and what’s next for professional female chefs in Canada.

Have you experienced gender discrimination in your career?

For the most part I don’t notice [a gender gap], but that’s mostly because of how I grew up. The idea of females not being on equal par was never even a thought in my mind. I actually didn’t even notice that gender inequality was a thing until I was in my mid-twenties, and then some man said something to me; I was in the real estate industry when I first noticed it. But when I was in France, I noticed full-on gender discrimination among pastry chefs in the kitchen, but I [didn’t let it affect me]. I can hold my own in the kitchen. I rarely notice it in Vancouver.

When I first started Beaucoup Bakery we were an all-girl kitchen for a good six months plus. It wasn’t a decision I was consciously making, it’s just the people I felt like had the heart and soul for the job happened to be women. And it was great. Then we added some boys in the kitchen, and the dynamic changed a bit, but it was still great.

There are so many great female chefs, but when you do look at just percentages, we are a little less–we aren’t fifty-fifty, and I have no idea why. I actually don’t think the reason is because of lack of talent or skill, I think it’s about the course of life…a lot of women end up having children, and they have to take a good chunk of time out of their careers to do it. When you have to take a break in a very crucial point in your career it’s hard to bounce back from that.

I’ll be honest, I faced more gender discrimination and a thick glass ceiling the few years I spent in banking before I went into cooking. Once I became a cook I never felt I was held back or limited by being a girl. Regardless of gender, cooking & baking is a physically taxing career with punishing hours.

I think a lot of women graduating from culinary programs are not necessarily prepared for the male-dominated reality of professional kitchens where sexism unfortunately still happens.

In my early days in the kitchen, I saw how hard one had to work and it made me work harder but I also realized women often have to work a lot harder than a lot of men just to prove ourselves.

One of my early female mentors was overlooked time and again for the position of executive chef because of the archaic thinking a male chef needed to be in that role.

I have always benefited from tremendous support from chefs in my youth. There are certainly people out there who have gender issues but I’ve generally worked with chefs who wouldn’t tolerate that kind of behaviour. It does happen more often that I expect that customers will approach say, the tallest male in our open kitchen and thank him as the chef for their dinner. I guess it’s still a cultural expectation that the big male is the one in charge.

I try to build a team of cooks who will all get on with one another in our very small, very open kitchen. And who can get on with me as chef. that inherently eliminates folks who have issues with women, sexuality, race etc. We want everyone to be treated as equals so there is no preference given – male or female.

Who are your female culinary role models? 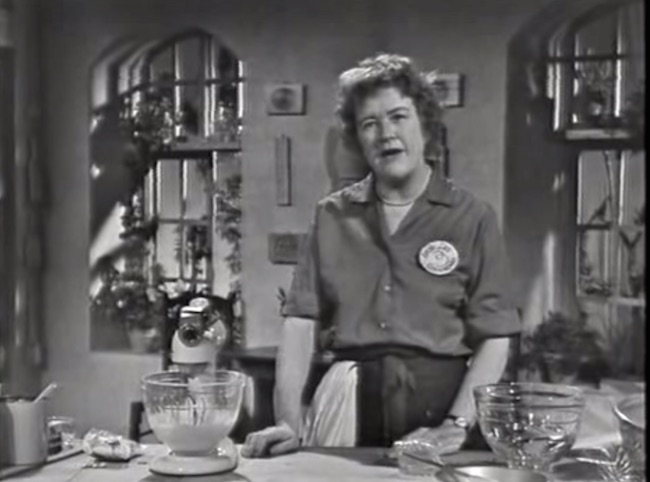 In my formative cook years, I admired Alice Waters (Chez Panisse, Berkely, CA) since she brought the idea of foraging ingredients and cooking seasonally to the North American table. Julia Child was my childhood idol – I would watch her show almost hypnotized by it. In the food writing world, I admire Ruth Reichl (editor of Gourmet magazine) and Dorie Greenspan (fantastic recipe writer).

There weren’t really many when I was in my formative years. We have some lovely female chefs and pastry chefs in Vancouver now – Tina Fineza, Rhonda Viani, Melissa Craig, Merri Schwartz.

What do you think is the current state of women in the culinary business?

What I have noticed is that, in order to attain more balance in lifestyle so as to allow for family, women often look to food-related careers that go beyond being an executive chef: nutrition, communications, research, product development, etc.

I get asked to speak a lot at female entrepreneur-geared events, and I don’t often think about why, then I realize maybe maybe we [female entrepreneurs] are a bit farther and fewer than I’d realized. I don’t like to focus on it too much, but that’s my personal philosophy. I don’t like to focus on the negative things, I focus on the positive, and I just try to do and be my best, and refuse to let any negative things hold me back. 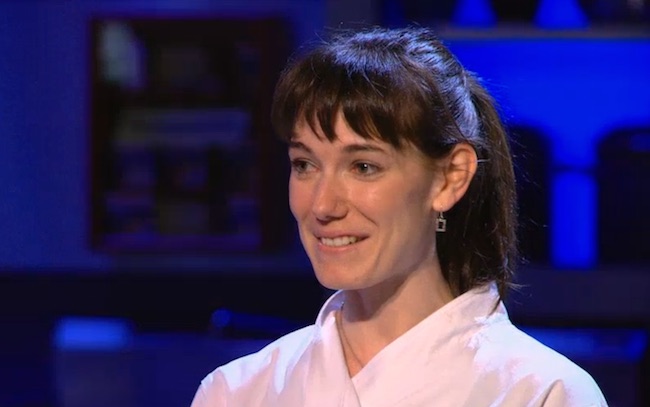 I think women appearing on cooking TV shows like I did with “Top Chef Canada” has had an effect. Girls and women watching me and charbar executive chef Jessica Pelland, who won on “Chopped Canada” see us as role models. We saw a huge spike in young girls coming in to the restaurant after both shows so it is nice to be inspiring a younger generation. I recently sat on a panel for SAIT students in Calgary talking about breaking through traditional stereotypes in the industry. The message was let passion be the driving force to success – not gender.

DeSousa, Carlson, Olson, and Ellis are all participating in the EAT! Vancouver Food + Cooking Festival. More information and tickets are available online.