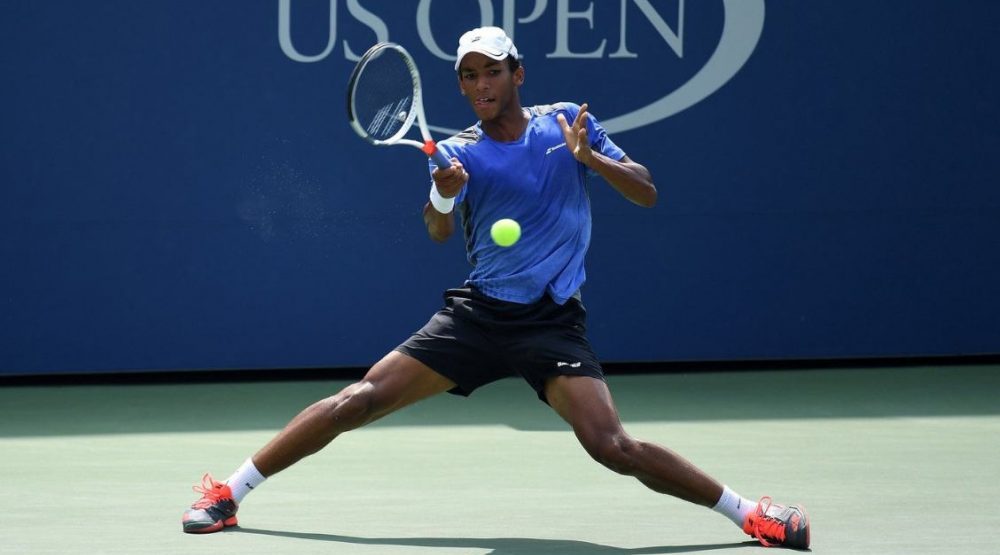 The next generation of Canadian tennis stars is on its way. Sixteen-year-old Felix Auger-Aliassime’s US Open win is Canada’s second junior Grand Slam singles title in a row.

Auger-Aliassime followed up Denis Shapovalov’s junior Wimbledon title with a dominant 6-3 6-0 win over fifth-seeded 17-year-old Miomir Kecmanovic of Serbia. The match took less than an hour.

He also beat the number-one seed eighteen-year-old Stefanos Tsitsipas of Greece in the semi final on Saturday.

The Quebec native is the fourth Canadian to win a junior Grand Slam title, adding him to a list that includes Eugenie Bouchard, Felip Peliwo and of course Shapovalov.

On the girl’s side, Canada’s Bianca Andreescu played in the semi final on Saturday, falling just short of the final with a three-set loss to American Kayla Day.

People are noticing Auger-Aliassime not only in Canada but around the tennis world. Having just turned 16 in August, he has already played in two junior Grand Slam finals losing at the French Open earlier this year.

Auger-Aliassime’s performance in the final was particularly impressive. After breaking on Kecmanovic’s second service game of the match, he hardly looked back. That break was all he needed to win the first set. In the 6-0 second set he allowed his opponent to win only six points.

“I came onto the court ready,” said Auger-Aliassime after the match. “I wanted to dictate – that’s when I have my best matches.

“Whenever my first serve percentage is high, I’m able to pressure the (opponent) and make him feel tighter on his own service games. That’s what happened at the beginning of the match.”

He also spoke about how much his loss at Roland Garros – where he came within a point of winning – helped him this time around.

“After being so close, I knew my level was there to win a tournament like this,” he said. “Last time it was just a question of bad luck so I just had to keep being me, play my game, being aggressive.

“What I learned from last time was not to think too far ahead. Last time when I won the first set, I thought it was done, but no no no, you have to go and get every point.”