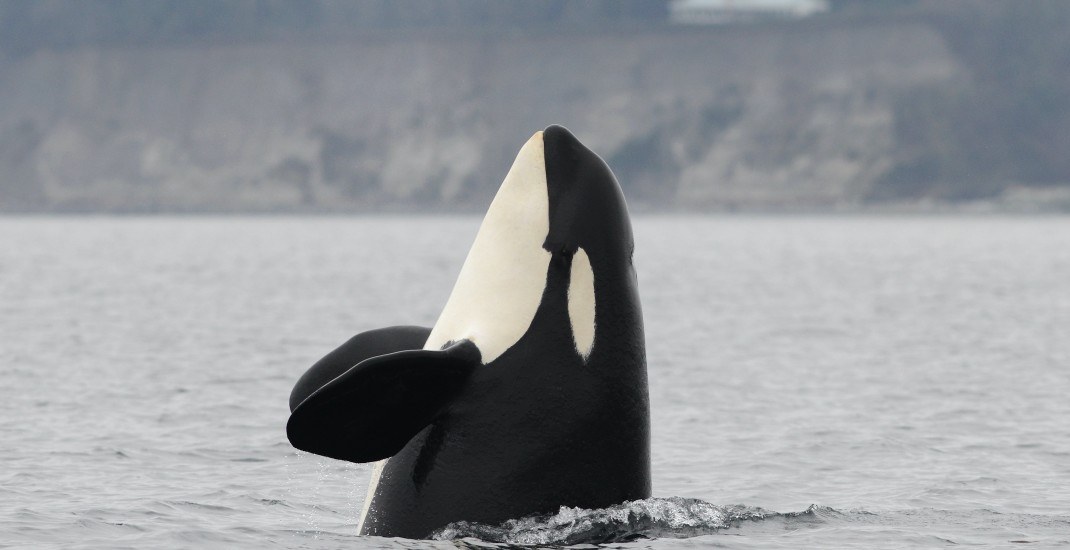 Jonathan Wilkinson, Minister of Fisheries, Oceans, and the Canadian Coast Guard made the announcement on May 10 in Vancouver.

“We are committed to working thoughtfully and collaboratively to address the decline and to promote the recovery of the Southern Resident killer whale population,” he said.

The enhanced measures include requiring commercial vessels to slow down over a long distance through Haro Strait and Boundary Pass, requiring general vessels (including recreational and whale watching boats) to stay at least 400 metres away from all killer whales throughout the critical habitat, and implementing interim sanctuary zones off Pender Island, Saturna Island, and Swiftsure Bank.

The federal government is also taking steps to further increase regulatory control of contaminants and pollutants that affect whales and their prey.

As well, recreational and commercial salmon fisheries will be closing in “several key foraging areas.”

“The focus of prey-related initiatives is on ensuring there is sufficient food for the Southern Resident killer whales to remain healthy,” states the Department of Fisheries and Oceans (DFO) in a release.

The DFO has also committed to releasing an additional one million juvenile Chinook annually from the Chilliwack Hatchery for five years in order to support Southern Resident killer whale recover.

“The measures announced today reflect the commitment to recover the whales in a manner that takes in account important economic factors and collaboration with First Nations and coastal communities,” said Wilkinson.