The federal government has drastically increased the fees for the application and process to become a citizen of Canada.

This is the second major increase in the fee in less than year, with all hikes amounting to more than five times the price just one year ago.

The federal agency responsible, the Citizenship and Immigration Department, claims the new fees will allow it to recover the $555 cost it requires to process each application – a total of about $41-million annually that taxpayers will not have to pay.

However, the latest hikes could financially hamper the efforts of those who want to become a Canadian citizen, especially large families.

In addition to the $530 fee, there is also a $100 right-of-citizenship fee, which is refundable if the application is not successful. 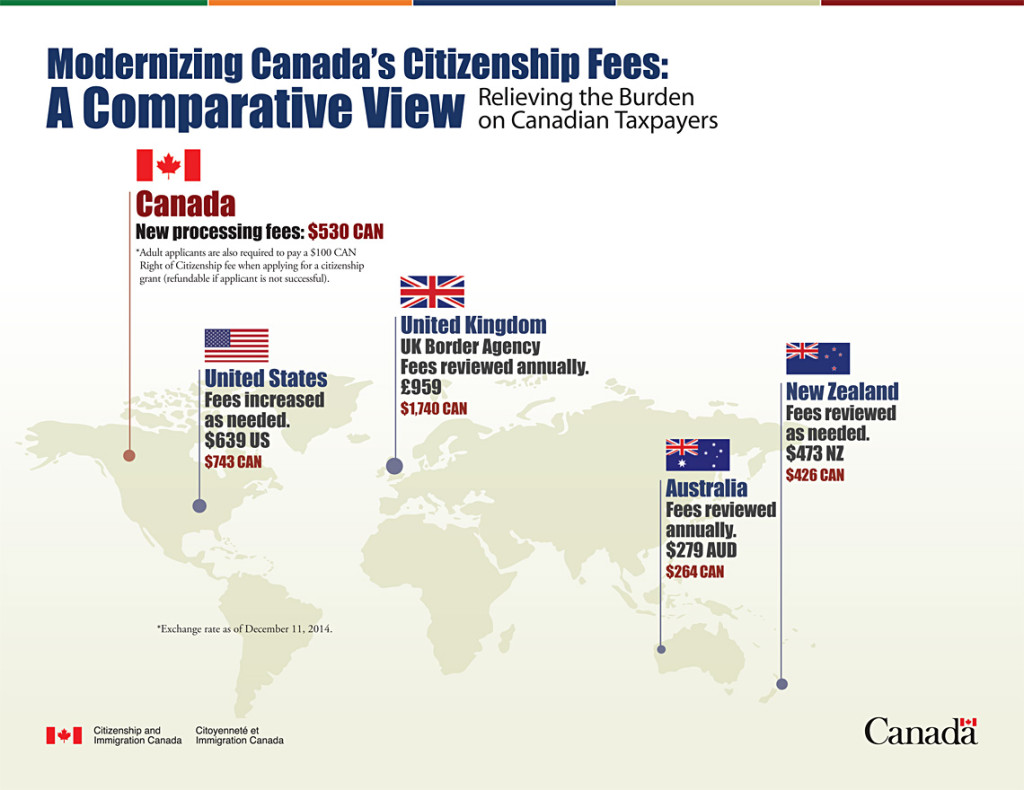