Want to see John Tortorella sing and laugh out loud? Want to see why it’s awesome being a Canucks fan? Read this post. And get the wallpaper.

First off, you MUST watch this video of John Tortorella singing “Don’t Push Me.”

Thanks to Harrison Mooney of Pass it to Bulis for finding this gem.

Now, let’s just put this out there: after a 10-1-2 December, January was a letdown in terms of wins and losses.

Vancouver went 3-9-2, and worse, the dressing room looks like this right now: 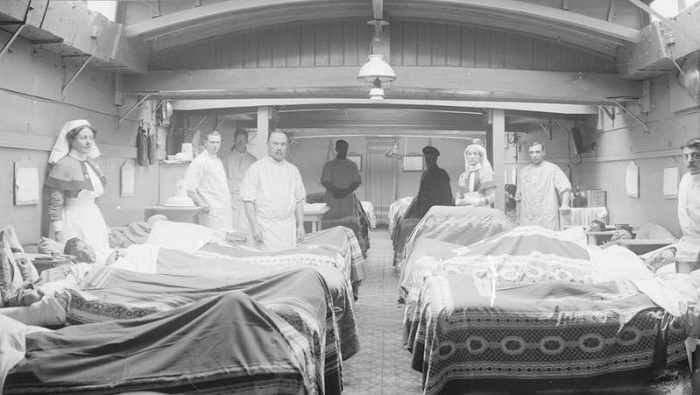 Now, it’s easy enough to be negative after the month we just witnessed, but being positive? That’s the challenge. So we give you five reasons it is still awesome to be a Canucks fan.

Reason 1: Years from now we’ll ask each other: “Remember that game where all 10 skaters on the ice dropped their gloves right off the opening faceoff?”

Reason 2: Year’s from now we’ll ask each other: “Remember that game where John Tortorella stormed the opponent’s dressing room at the intermission?”

Reason 3: Years from now we’ll ask each other: “Remember that game where the Canucks upset P.J. Stock so much that he cried on air?”

Yes, the Canucks packed more drama than most teams go through in a year into one night.

Reason 4: We’ve got the best coach in the world

Professional sports are about entertainment, and it would be tough to find any coach who consistently entertains like John Tortorella does. Tonight, he returns from his six game suspension.

Now, this isn’t his exactly classic Torts, but today he spoke to the media for the first time since he was suspended for six games:

“I apologize first and foremost to the players (for) the situation I put them in, to the organization – (for) my stupidity, to the league – it’s been embarrassing.”

Aw, Torts, don’t worry about it. You gave us memories to last a lifetime, and we appreciate it from the bottom of our dark Canucks-fan hearts.

Tortorella said more about the team’s struggles in the past six games:

“The coaches are in this too with (the players). Obviously we have not done a good enough job with teaching the defending, teaching the details of situational play all through our games. So we have to give some skin here also.”

And there’s one of the main reasons Tortorella’s teams play hard for him: he shoulders a ton of the blame and always tries to protect them (in more ways than one).

Reason 5: We will get to see our hockey team contend for the title this month.

You will notice a massive gap in the Canucks February schedule below. This month, the Canucks (meaning Canadian Olympians) go for gold at the Sochi Olympics.

Say it with us Canada: We are ALL Canucks. 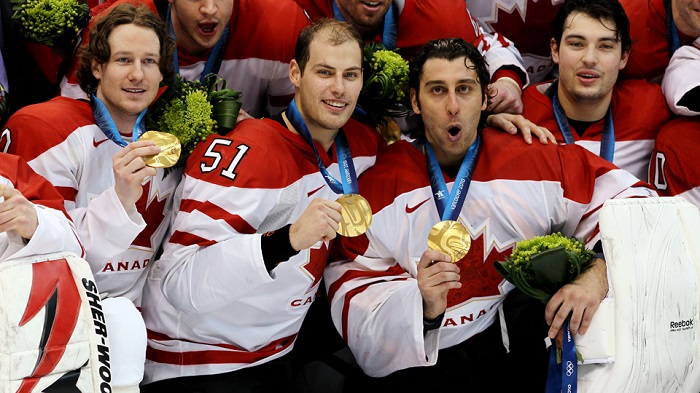 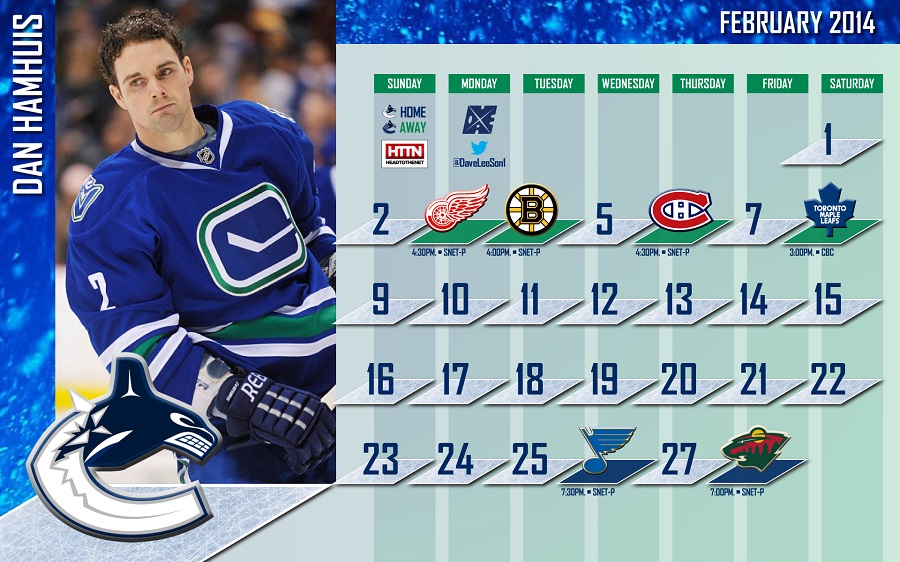