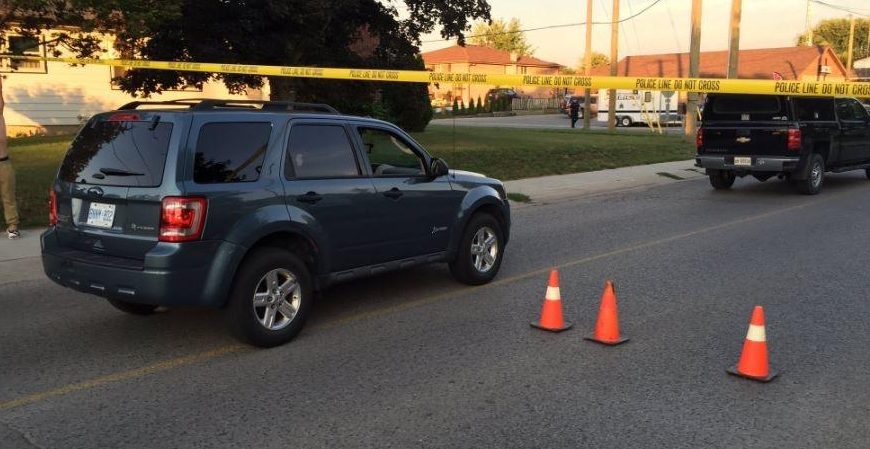 The RCMP say a potential terror threat was thwarted yesterday, after receiving a tip about Aaron Driver’s plans from the FBI.

Deputy Commissioner Mike Cabana says the tip included a video of the 24-year-old issuing a warning with plans to detonate a homemade explosive device, and it prevented what could have been a deadly attack.

“Thanks to this timely response, and the hard work of everyone involved, including RCMP employees and partners, a tragedy was prevented. Unfortunately, there was a loss of life but as mentioned at the beginning, it could’ve been a lot worse.”

Mounties say it was a video of Driver, warning Canadians about the impending attack, which was a tip that came from the FBI.

Cabana says Driver was no stranger to them.

He was arrested last year after communicating with several people connected to ISIS. But despite police finding a recipe for explosives on his home computer, he didn’t stay in custody.

“…and was fitted with an electronic monitoring device, which was one of several conditions attached to his peace bond, and he was subsequently released.”

Cabana says while Driver was not under 24/7 surveillance, he was being monitored.

Both the Toronto Transit Commission and the regional transit service Metrolinx say they were warned of a security threat before Mounties confronted Aaron Driver Wednesday afternoon.

Driver died during a police operation, as the RCMP acted on what they describe as credible information of a potential terror threat.

Father of Driver speaks out

The death of your own child is never easy, but Aaron Driver’s father says he doesn’t blame the RCMP.

“My first thought was ‘My God, what have you done? How could you go so far?’”

Speaking to Global News, Wayne Driver says the family tried to speak to him and get him help, to no avail.

“He believed in what he believed in and I couldn’t change his mind… That he was doing the right thing and if he had it his way he would move over there and forget the Western world altogether.”

Wayne Driver says his son started going downhill after his mother’s death, converting to Islam in 2012.

An SFU terrorism expert says the RCMP and CSIS are limited in their powers when dealing with potential terrorists.

“The FBI and the police could do little except to monitor him. But I think because of the pressure from civil liberties, and organizations like that, the RCMP backed off. Fortunately the FBI, let’s keep in mind that the FBI is about 100 times the size of the RCMP and the United States has 16 intelligence organizations, we have one, were able to tip them off and they were able to stop him.”

Gerolymatos says Canada should follow the British model and have separate security and intelligence agencies.