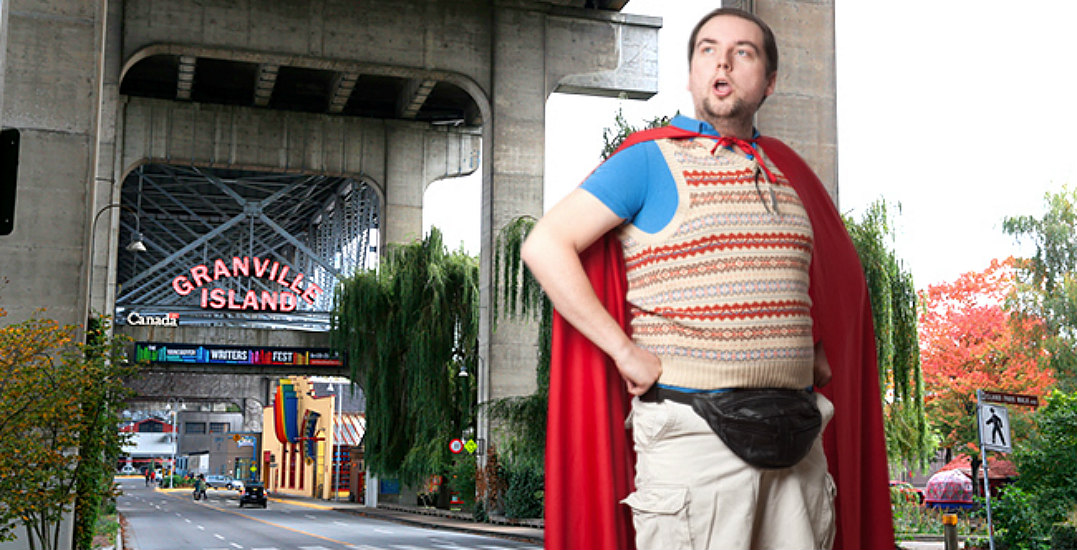 The SuperDad Show at Granville Island/VTSL

Father’s Day is coming up on Sunday, June 17, and if you haven’t already decided how you’re going to spend it with the old man, now’s the time to make a choice. And let’s be real: He probably has enough coffee mugs and novelty ties to last a lifetime. Why not try the gift of laughter?

Bring dad along to Vancouver TheatreSports’ ‘The Super Dad Show’ on June 17 where you can laugh together about everything from fanny packs to fatherly advice with the best in improv comedy.

Tickets to the show cost $25 each via VTSL and the price includes a glass of house wine, beer, or non-boozy beverage. Warning: There’s a high chance this show will contain dad jokes and you could win two tickets by entering the contest below.

And if the Dad jokes aren’t enough, there’s the usual lineup of gut-busting VTSL shows (11 per week!). There are also two new late shows and because you asked for it, Murder on the Improv Express runs until the end of June (Thursdays to Saturdays at 7:30 pm).

Enter for your chance to win two tickets to The SuperDad Show at The Improv Centre on Sunday, June 17, at 2 pm.

To enter to win two tickets to see The SuperDad Show on June 17, do at least one of the following:

Contest entries will be accepted from the time and date of publishing until 11:59 pm on June 11, 2018. One winner will be chosen at random and contacted through the platform they used to enter.