Fresh from a Saturday night gig at Sasquatch, everyone’s favourite faux-clergyman Father John Misty presided over a pair of Sunday sessions in Vancouver this past weekend. While the larger of the two was his sold-out Commodore concert, the smaller was an intimate gig in an East Van leather shop.

Joshua Tilman, son of evangelical Christians, grew up in a cultural vacuum. His parents kept secular music far away from him and his siblings. In this environment, it’s not surprising that Joshua aspired to become a pastor: this was the only version of performance life he could visualize.

Breaking free of his roots, Tilman moved to Seattle from his native Maryland. After releasing EPs under the moniker J. Tilman, he joined the hallowed folk band Fleet Foxes in the role of drummer. After extensive touring with them, he returned to a solo career as Father John Misty, releasing the album “Fear Fun” in 2012 to great acclaim. 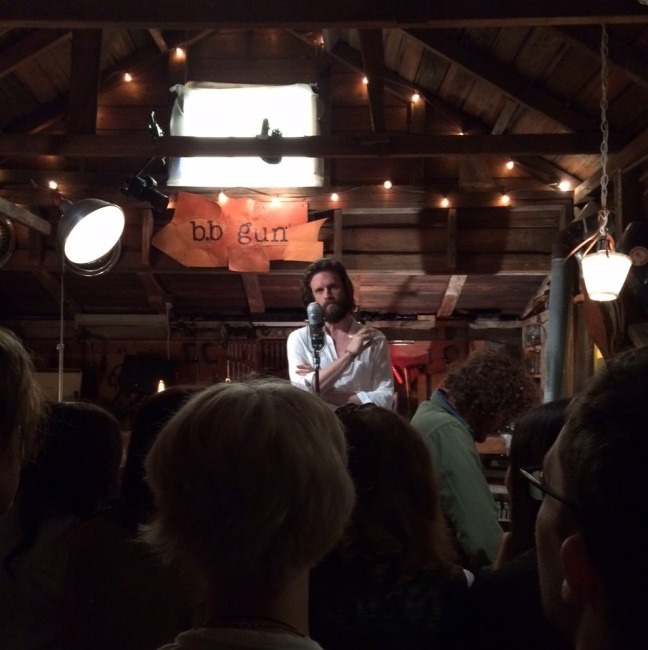 On the edge of a narrow backyard in Strathcona, a small group of friends, press and musicians gathered in the b.b gun leather shop. Father John played an intimate set with only keyboard or guitar for accompaniment, treating the group to “Bored in the USA” and the title track from his most recent release “I Love You, Honeybear”.

Father John took a request for an acoustic version of his classic “Hollywood Forever Cemetery Sings”, previewed some new material and covered a quintessential Canadian classic: the title track from Arcade Fire’s “The Suburbs”. 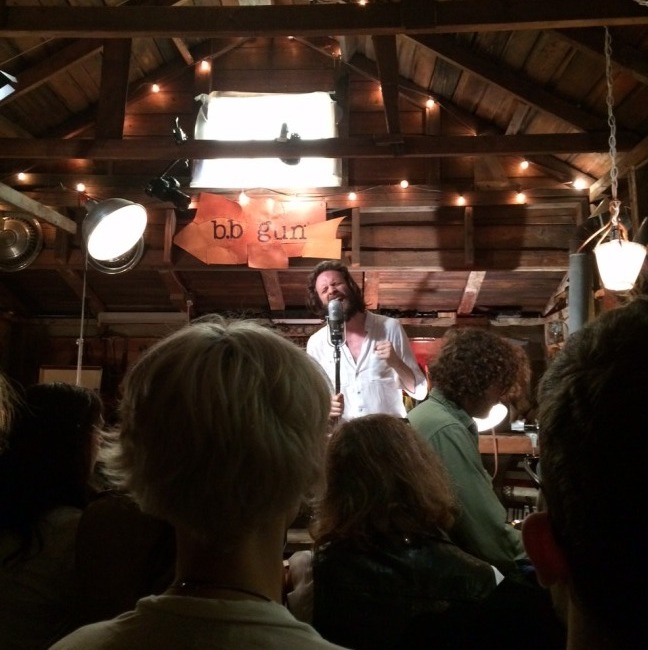 At the Commodore, the stage was alive with a full band and a hanging neon heart. The luminous heart encircled a curt cursive request: “No Photography”. As such, iPhones stayed mostly in pockets and purses for the duration of the show.

A born showman, Father John Misty gave an impassioned, energetic performance peppered with his trademark dry banter. Though the show was quality, the crowd wasn’t fully engaged with what was happening onstage. Regardless, Father John frequents the Pacific Northwest and is a charismatic artist worth enjoying. Sunday’s leather shop performance was filmed by CBC Television and will appear on a national broadcast in the near future.