A fatal pedestrian accident in Burnaby last week left a 91-year-old man dead after being hit by a driver in a motorized scooter.

Burnaby RCMP are currently seeking witnesses of the accident that happened at the corner of Edmonds Street and Mary Avenue around 1 p.m. on September 11. According to police, a female was driving a blue motorized chair when she struck an elderly man using a walker.

The 91-year-old was sent to hospital where he later succumbed to his injuries.

News of the tragic accident and an image of the scooter involved immediately jogged reminders of a video sent to Vancity Buzz earlier this summer.

On July 31, a video was posted to YouTube of a hit-and-run incident near Metrotown in Burnaby involving an identical scooter. The video’s description said a woman was “on the ground bleeding from her nose and head. She was also bruised and knees were also cut.” Allegedly, an older lady who was driving the scooter sped away from the scene after a brief conversation with witnesses in which she was asked for her ID and driver’s license. The incident was then reported to the RCMP.

According to Duncan Ng, a witness of the first incident, police have requested his video of the Metrotown accident. Efforts to speak with Burnaby RCMP on this matter were not returned by deadline. 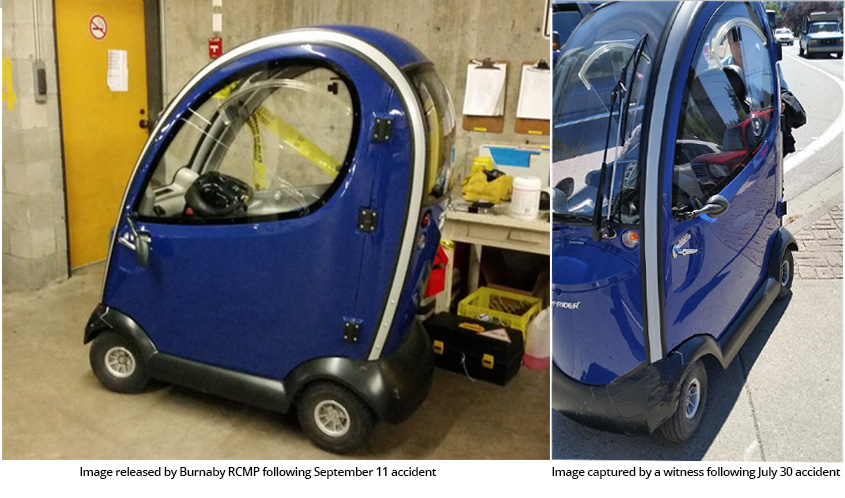