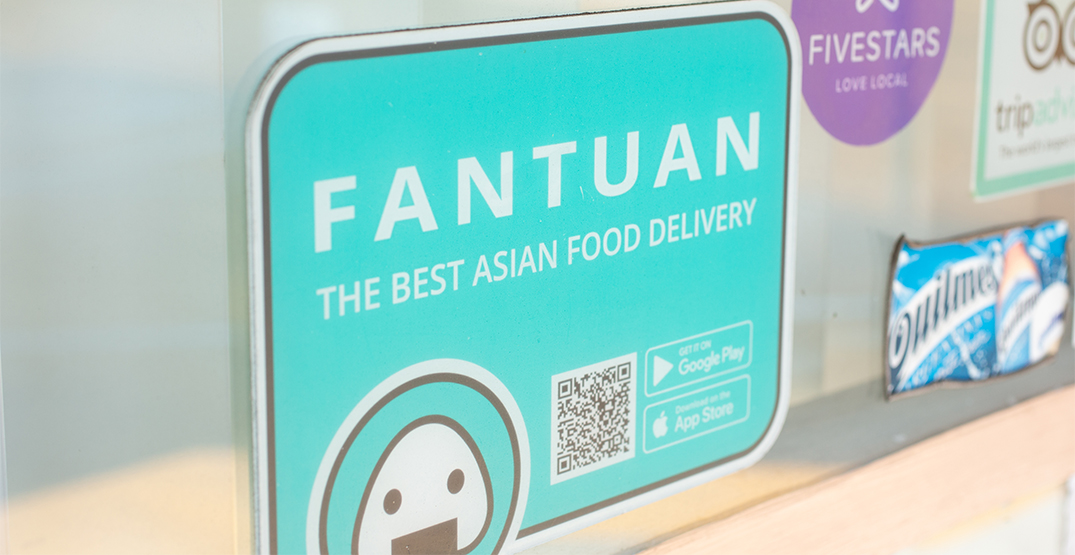 A popular Canadian-founded food delivery service that specializes in Asian food has recently launched an English language version of its app.

Fantuan has been available to Chinese-speaking users since 2014, but this year is the first that English-speaking users can easily place orders on it.

“Fantuan is proudly celebrating our seventh birthday this month,” co-founder Yaofei Feng said in a news release Monday. “To mark the special occasion, we have launched our brand-new English app, and we are also offering some incredible deals on our app that foodies of all stripes will love.”

The company now supports English language ordering in Ontario and BC. It operates in 40 cities around North America including Vancouver, Toronto, Montreal, New York, Los Angeles, and San Francisco.

The company soft-launched the English app earlier this year, but has only just started officially promoting it. It’s also looking at potentially expanding to other languages as well.

“Fantuan has partnered with many local Asian restaurants that you can hardly find on other food delivery apps,” Fantuan’s PR manager Crystal Li told Daily Hive by email. “So if you are looking for authentic Asian flavours, Fantuan is the number one choice.”

Customers can also find non-Asian offerings on the app including Church’s Chicken and Triple O’s.

Fantuan was founded in Burnaby, BC, and has grown into the largest Asian food delivery platform on the continent. It now has more than 500 permanent employees and 8,700 drivers.

The company hopes its launch of an English app can “build more bridges between cultures and people in North America.”