Unless you’ve lived in a bubble this season, you’ve probably been inundated with advertising from daily fantasy sports sites. In fact, we challenge you to try to watch an hour of TV without seeing a commercial for DraftKings, FanDuel or Fantasy6.

Why now? Because 50 million North Americans play Fantasy Sports, and 90 per cent of them play Fantasy Football. 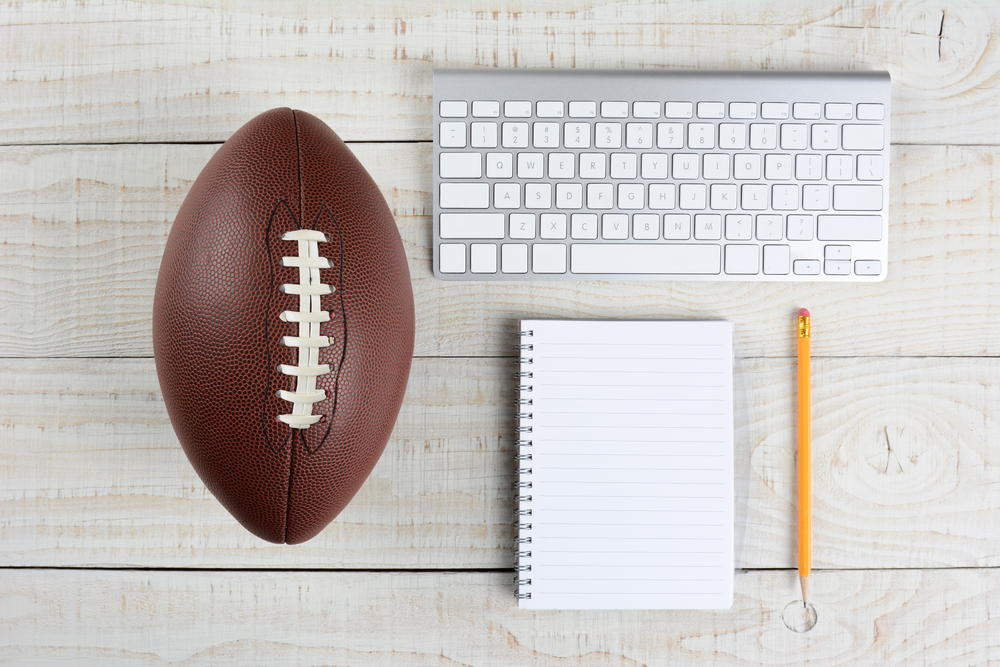 Most people will play seasonal fantasy football where you draft your team at the beginning of the NFL season. Because it’s a draft, once you select a player (i.e. Rob Gronkowski) then nobody else in your league can draft him. Every week your Fantasy Team will be matched up against another Team in your league. If the players on your team accumulate more points then your opposition you get a “Win.” The top four teams at the end of the season make it to the playoffs to determine the overall winner.

DraftKings, FanDuel and their Canadian counterpart, Fantasy6.com, offer weekly fantasy football. This is where you pick your Fantasy Team based on how well you think players will do for that particular week. So you really only care about how they perform that week in the NFL. Sure, you might love Tom Brady but before you pick him, you have to consider how well you think he will do against the Top 5 ranked Buffalo Bills defence that he’s up against this week.

The most popular weekly format is the Salary Cap. That’s where anyone can pick any player they want as long as their Fantasy Team stays within a set salary cap. Sure, you can get to draft Aaron Rodgers as your QB, Adrian Peterson as your RB and Antonio Brown as your WR, but then you might find that you don’t have much more room left in your salary cap to fill out your weekly roster. Because of this, there is definitely a lot of research and skill involved in picking your team.

Vancouver-based Fantasy6.com recently launched a weekly fantasy football game targeting the casual fantasy player (or those who don’t have a lot of time on their hands), and it’s already getting rave reviews.

The game is called NFL Pick 6 and you can pick your team less than a minute. How?  Because Fantasy6 provides you with their top six choices for each position, all you have to do is pick one (i.e. 1 QB, 1 RB etc.). No need to worry about a salary cap.