Our fair city played host over the weekend to its first major comic-con. Fans, celebrities, cosplayers, comic artists and superheroes of all shapes and sizes descended on the Vancouver Convention Center to celebrate FanExpo and revel in the glory of pop culture, science fiction and fantasy.

The convention centres Hall A was packed to the gills with every manner of pop culture paraphernalia, all for sale. From posters, to t-shirts, to sculptural figurines, buttons, jewellery and of course comics, there was something for everyone to drop massive amounts of hard earned money on. They even had that one guy selling a cardboard model of the Starship Enterprise D. You know, the one that used to hang at 7-11 to promote StarTrek: Generations? It went for $125. 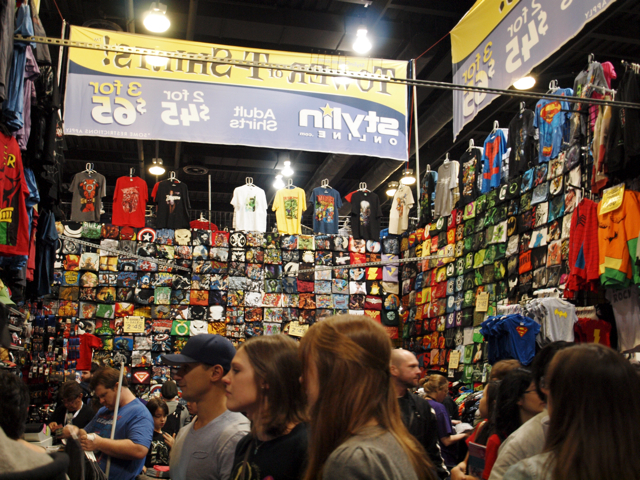 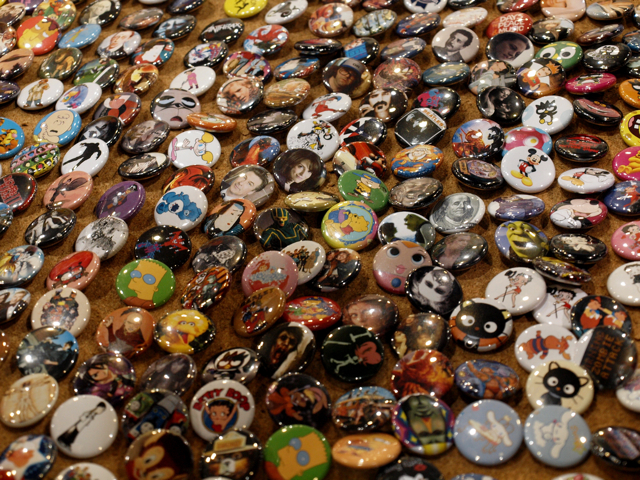 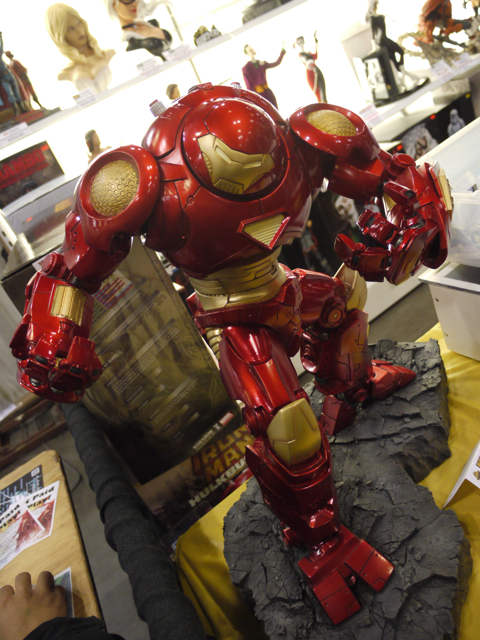 Day one was hot and crowded and I would get whiffs of what I mistakenly though was ganja, but soon realised was B.O. as I pushed my way through the crush of sweaty nerds, eager to get a glimpse at some rare Magic card or ogle a red latex clad cosplayer stopping to pose for pictures every few feet.
It was fun. Speaking of pictures, that’s what most visitors were doing. Everywhere you looked, there’d be some sort of stormtrooper, ghostbuster, or anime character standing in the middle of a writhing throng of photographers, tanning by the light of hundreds of flashbulbs. My suggestion to the organizers of the show; assign designated areas for photo-ops and implement a busking style schedule divided into 10 minute blocks. 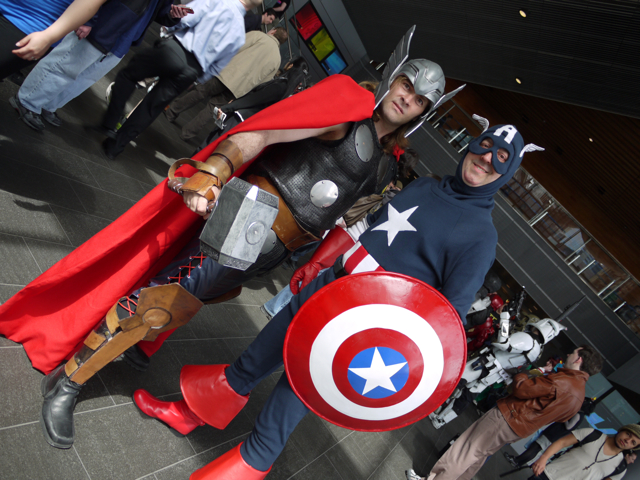 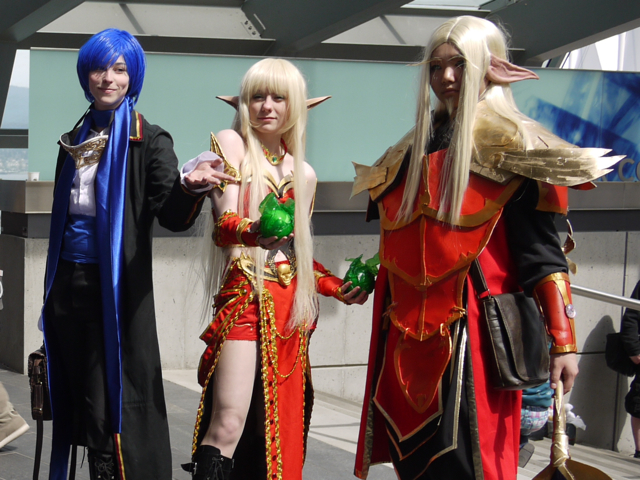 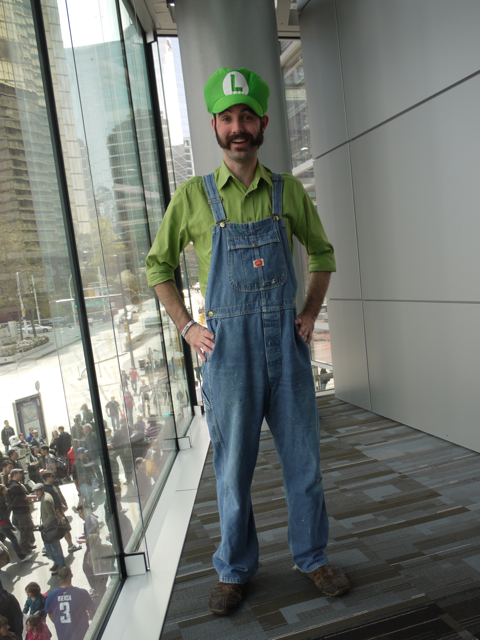 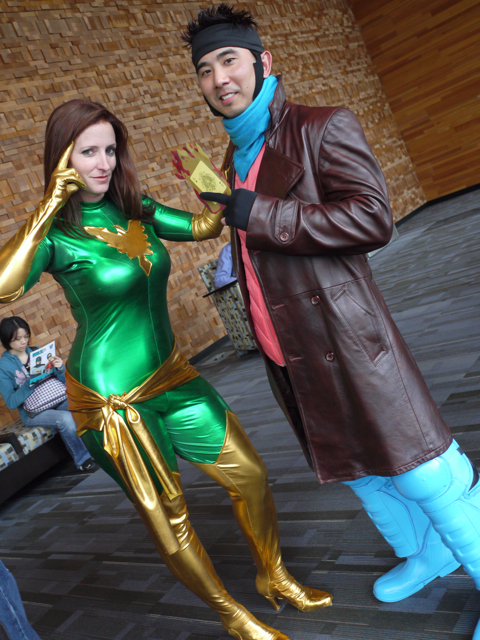 I could rattle off about 20 notable celebrity appearances, from shows local and major Hollywood franchises, but my friend Tom Cruise says it’s not cool to drop names, so suffice it to say that while some TV heroes were gracious, working the crowd and shaking hands with awestruck admirers, others preferred to text on their smartphones in between briefly smiling and handing over a hastily signed 20 dollar autographed headshot. Way to be there for your fans. Oh, and employing blockers to stand in front of anyone trying to get a pic of you being nice to someone? That’ll keep you on my Z list for sure. PS: I’m not posting any celebrity pics. Not because I didn’t get any good ones, (on the contrary, there were some amazing celebrity shots snapped) but because they weren’t the reason I came out. 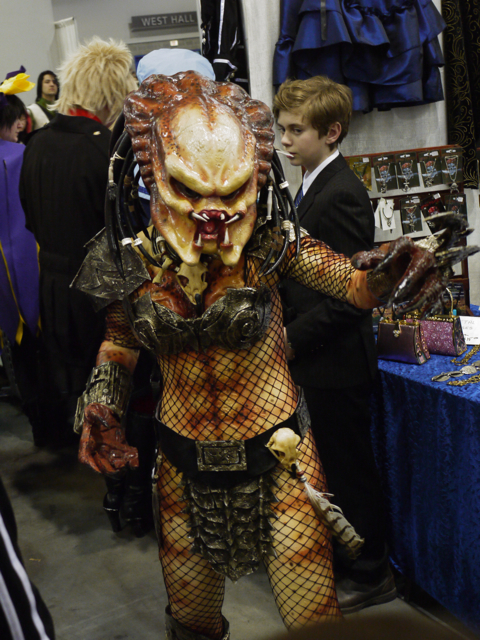 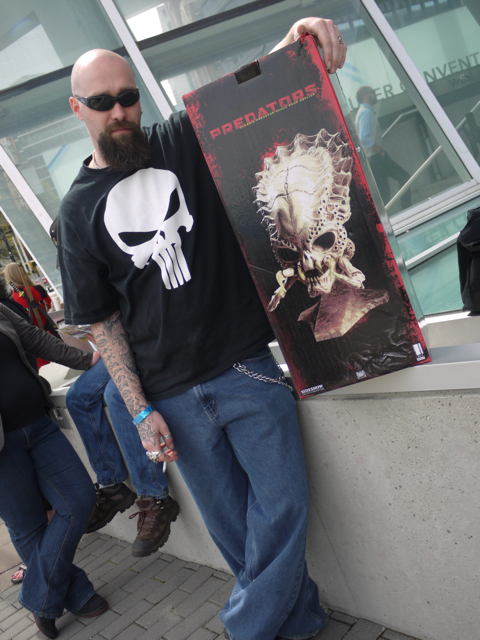 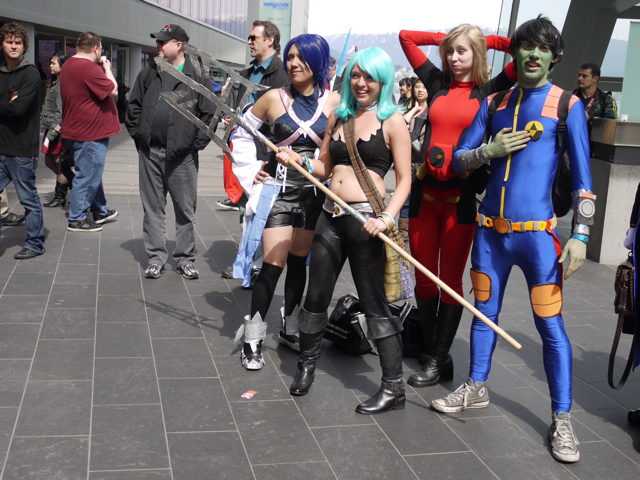 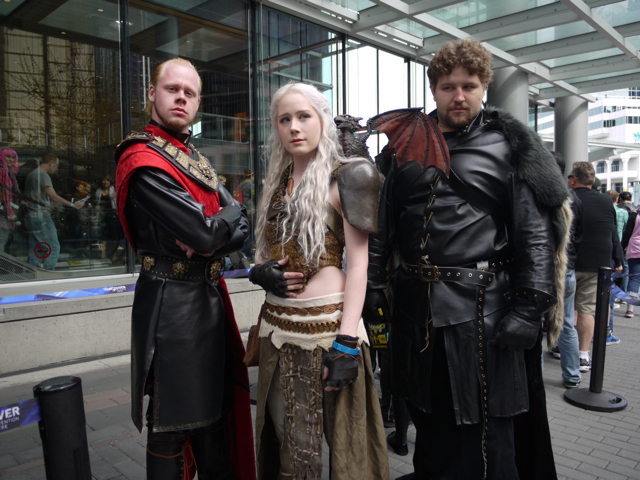 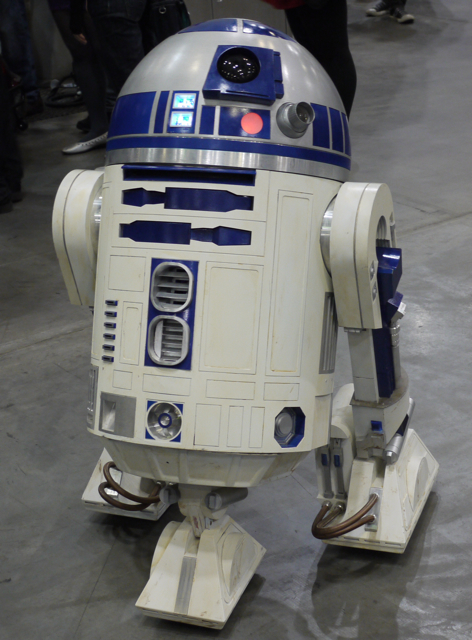 And truly. The real reason to be there, the real show, was the fans. And it’s true when I say you really had to be there. It becomes easy to suspend disbelief when watching a stormtrooper from the 501st Legion teach a 7 year old how to handle a blaster without killing everyone in the room. It was plain to see some of those who showed up in costume spilled a lot of blood sweat and tears to build them. A trio of Iron Men took the cake for best homebrew armor. They rivaled even the custom made getups available for thousands online. I say, if you can get a child to believe you’re sporting fusion powered body armor, you’ll believe a man can fly. 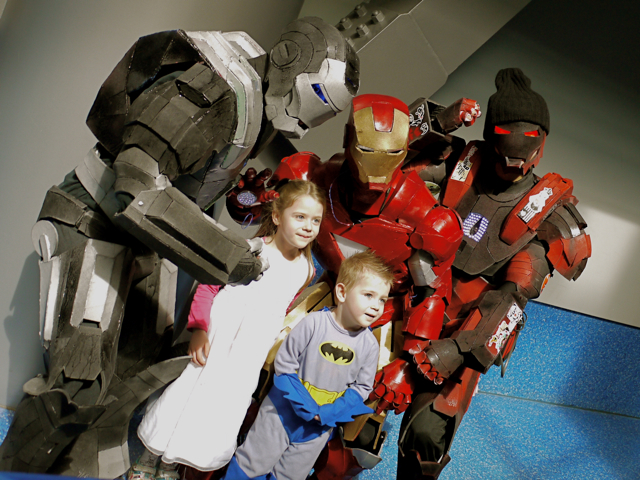 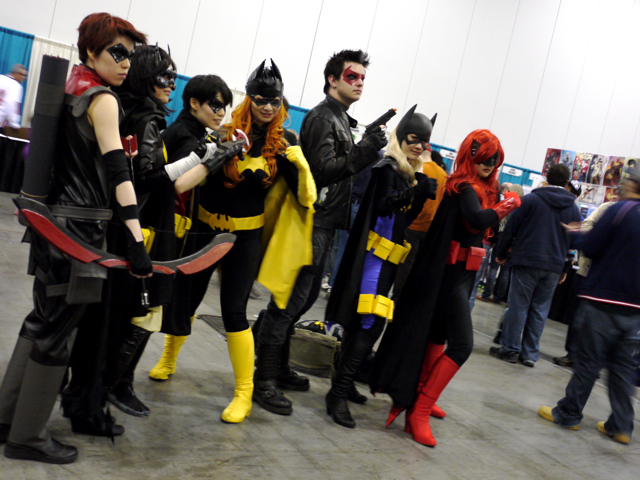 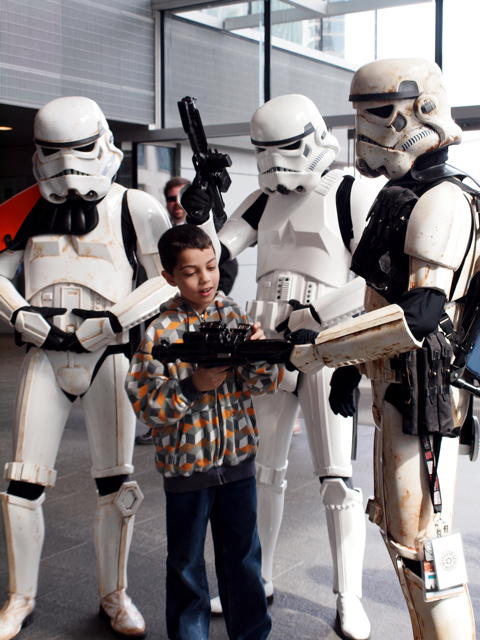 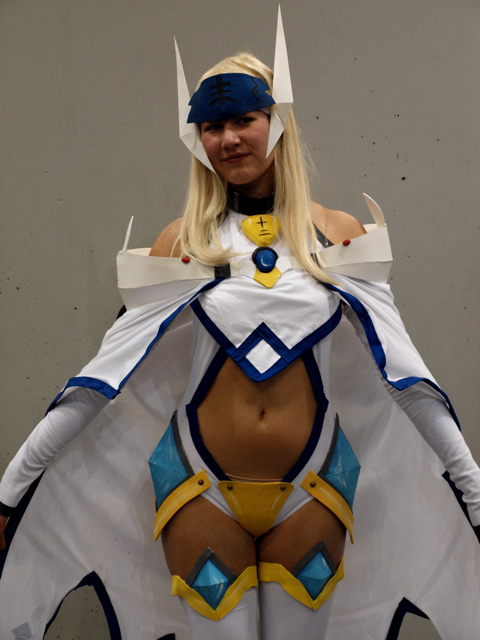 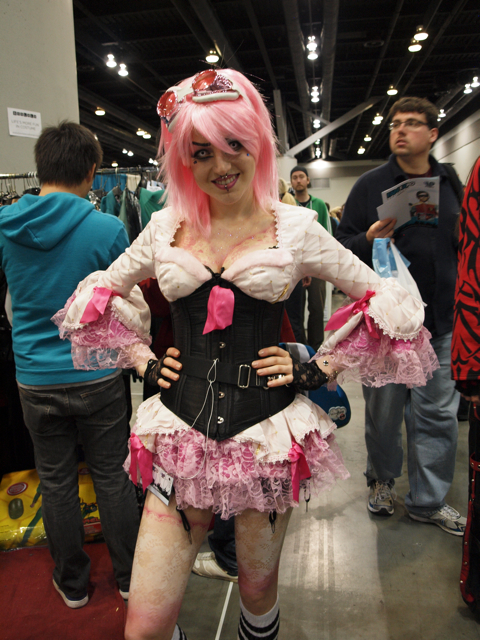 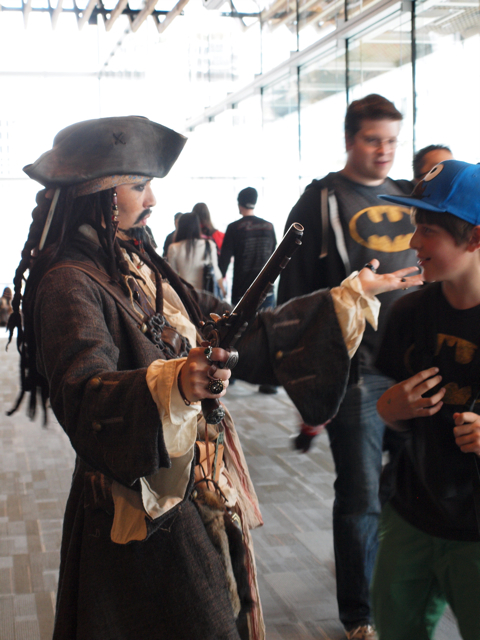 This being Vancouver’s FIRST major comicon, it’s safe to say there were some issues. Crowding and limited vendor selection being the major ones, but I did miss a true sense of wonderment. Maybe the organizers can hang some 20 foot starship replicas from the rafters or something. It was good, but not as good as it could be. I’ll see next year, and as one of the most discerning fans alive, would welcome the opportunity to help Hobby Star Marketing bring their event into the 22nd century. 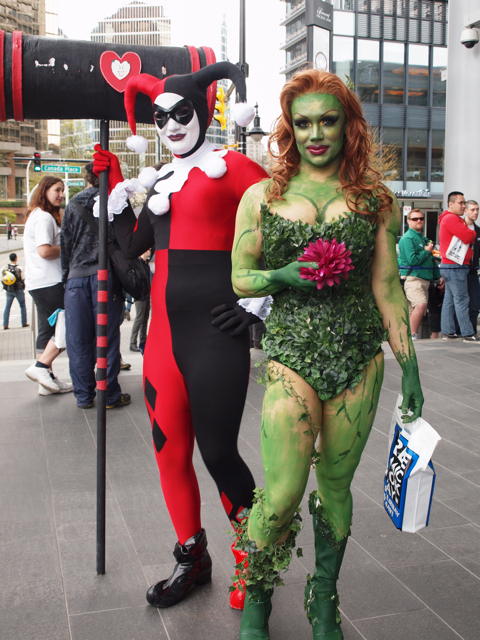