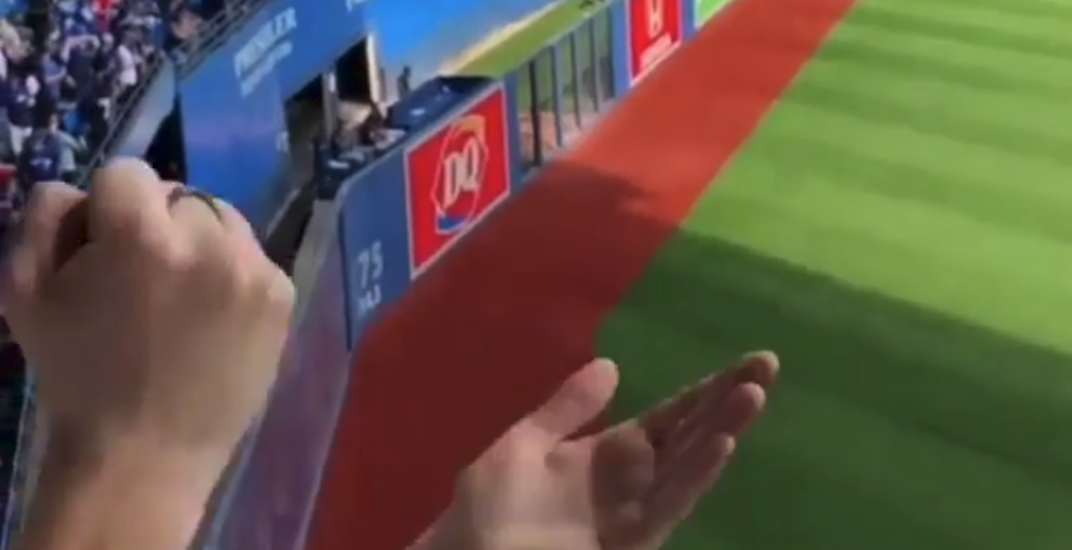 Playing 162 games each year, the season is a grind. But while players rarely get a day off from coming to the park, there can be a lot of downtime.

That’s especially true for pitchers, who don’t pitch every day, but are still required to show up in uniform.

In a video that has begun popping up on the internet, a visiting Oakland A’s relief pitcher can be seen playing an intense game of rock-paper-scissors with a fan in the stands.

While not much information has been shared by the video uploader, by piecing together clues, the game appears to be from May 20 of this season – the only day game at Rogers Centre where Chris Hatcher (No. 44, seen warming up in the video) pitched for the A’s.

Oakland won 9-2 against the Blue Jays that day. No word yet on who won the game of rock-paper-scissors.