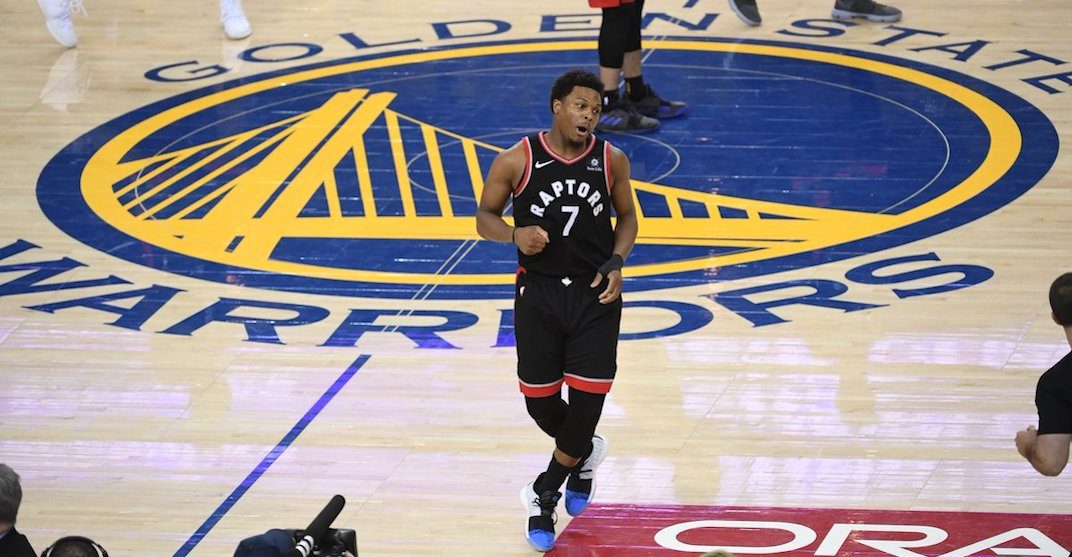 Early in the fourth quarter, Lowry chased after a loose ball and crashed into a row of courtside seats while trying to stop the ball from going out of bounds. As he tried to regain his balance, a male fan responded by shoving him.

And while the fan clearly didn’t shove Lowry with much force, the veteran guard was visibly upset following the incident.

As he should be, there’s no reason for any fan to reach over and touch a player during a game.

Following the incident, Lowry said “hopefully he never comes back,” to a game.

Kyle Lowry after fan shoved him: ‘Hopefully he never comes back’ to a game. #NBAFinals https://t.co/qzxj5829Oh pic.twitter.com/Y1BeA0yQbd

Regardless, Lowry went on to finish a solid game that included 23 points and several big plays in the Raptors 123-109 victory over the Golden State Warriors.

It might be hard to believe, but the Raptors are now just two wins away from an NBA Championship, with home-court advantage to boot.

Game 4 goes down Friday night at 9 pm ET/6 pm PT at Oracle Arena once again before the series returns to Toronto on Monday for Game 5.