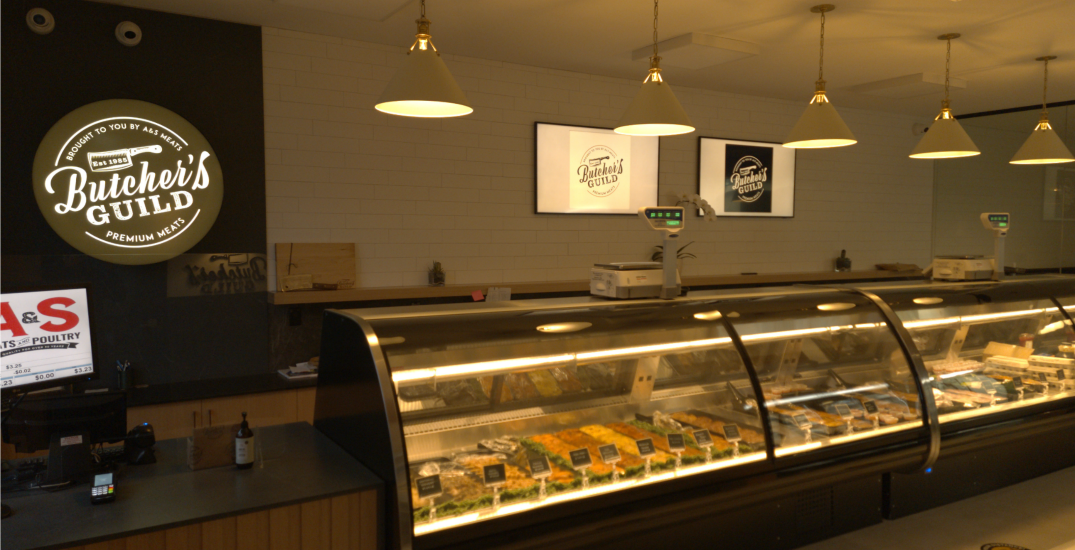 While the road to entrepreneurship looks different for everyone, our lived experiences often have a considerable influence on the career path we choose to take.

Metro Vancouver resident Karanvir (Karan) Sidhu was born in Punjab, India, in 1964 as the second youngest of five siblings. “I loved playing soccer growing up, and I didn’t pay much attention to school,” he tells Daily Hive. When his family discovered they would be moving to Canada, he didn’t pursue further education and saved up his money instead.

“Once we moved to Canada, I started working as a dishwasher in Vancouver,” says Sidhu. “After saving some money, my brother Arvinder and I purchased a taxi and worked two shifts continuously.” Early in our conversation, Sidhu’s unmistakable entrepreneurial drive shines through.

At 21, he landed a job at a local butcher shop, Fraser Meats, where he developed his skills working with products while also establishing a great relationship with the owner, Dalvir Aujla. In “taking the chance” of working here at a time when there weren’t many jobs available, Sidhu was, perhaps unknowingly, laying the groundwork for his future business, The Butcher’s Guild. 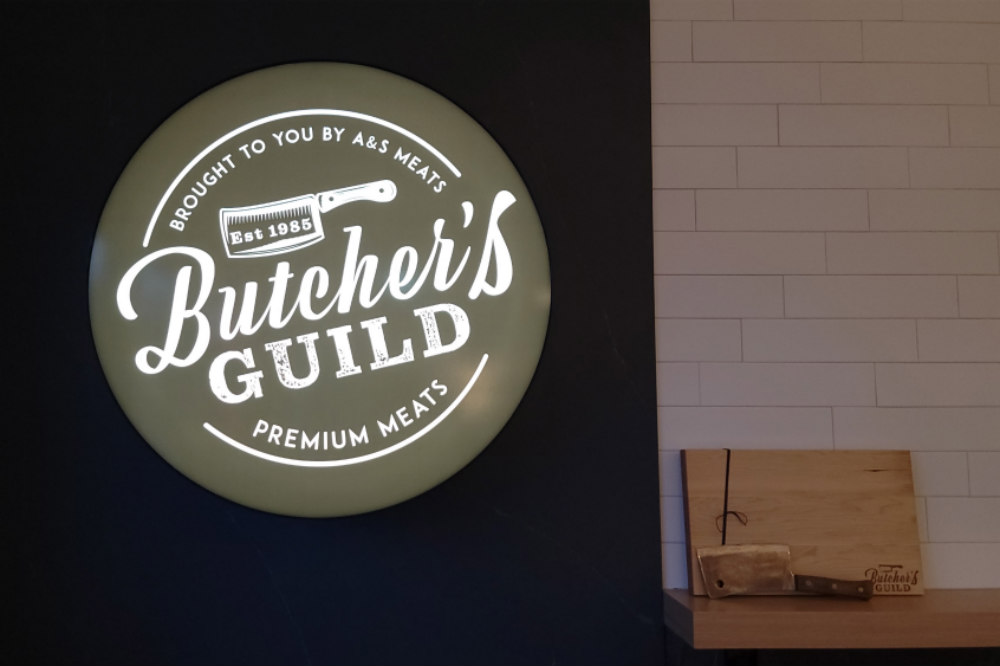 In 1987, Sidhu partnered with his brother Arvinderjit (Arvinder) and former boss Aujla to buy out a butcher shop called Richmond Meats, which they later changed to A&S Meats and Poultry to represent their surnames Aujla and Sidhu.

Once opened, the store was selling chicken, lamb, and goat products, and the whole family started contributing to its success, including Sidhu’s father, Bhagat Singh Sidhu. Then, in 1991, they decided to relocate and open a new store on 76 Avenue in Surrey. At this time, they began incorporating marinated products such as tandoori chicken and goat pickle into their lineup of offerings.

“We were the first Indo-Canadian meat shop to provide marinated meats,” says Sidhu. “Our main goal was to provide exceptional service and high-quality products.” 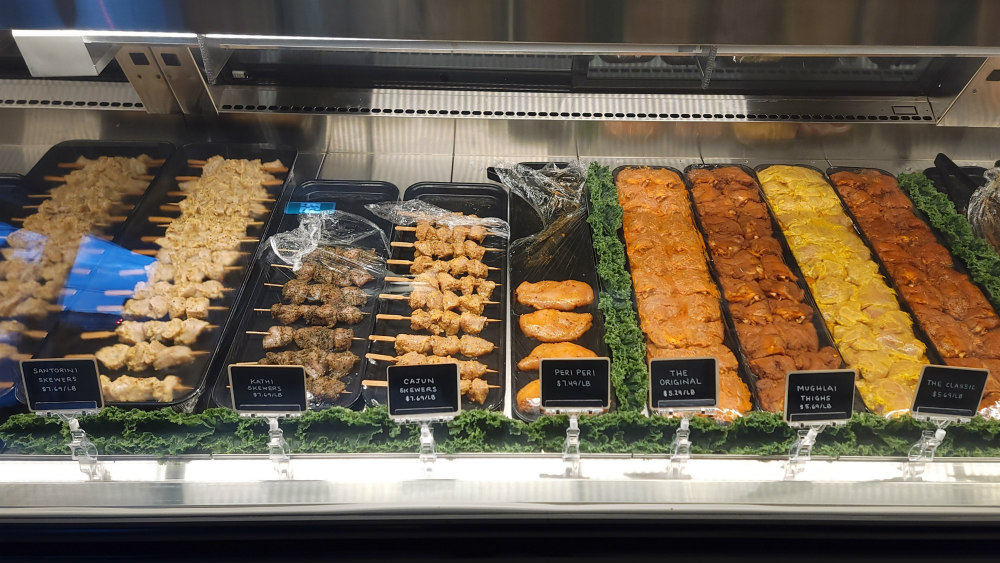 From day one, the business operated a wholesale side, supplying to restaurants, grocery stores, and catering companies. And in 2005, they closed down their retail space to focus solely on wholesale and spend more time with their children.

They still supply restaurants, grocery stores, banquet halls, and caterers today. “We started out with one van with me doing the deliveries,” notes Sidhu. “Today, we operate four trucks that serve clients all over the Lower Mainland.” 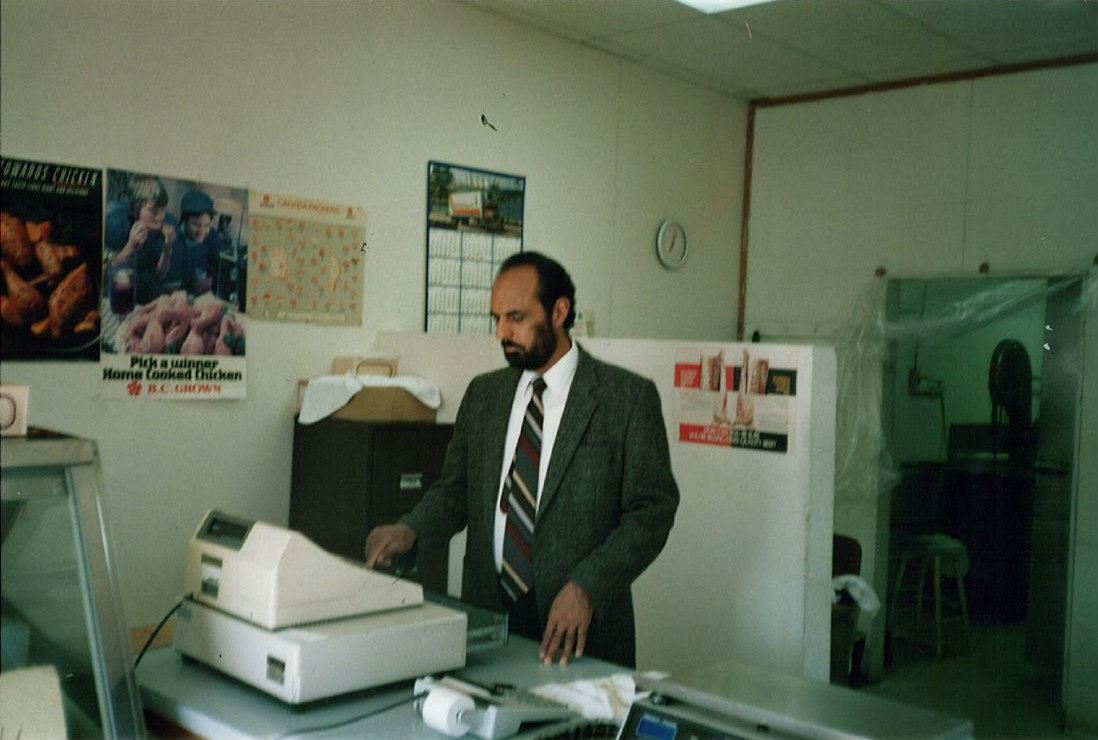 Like many local businesses, A&S Meat and Poultry faced a new set of challenges following the onset of the pandemic, from shipping delays to implementing new protocols for staff and customers. However, the company recognized a shift in consumer buying trends.

“Since March 2020, our restaurant and banquet hall business has slowed down,” says Sidhu. “We had a lot of demand from everyday consumers who wanted to buy in bulk to save money. We gave them discounted rates to help them out.” 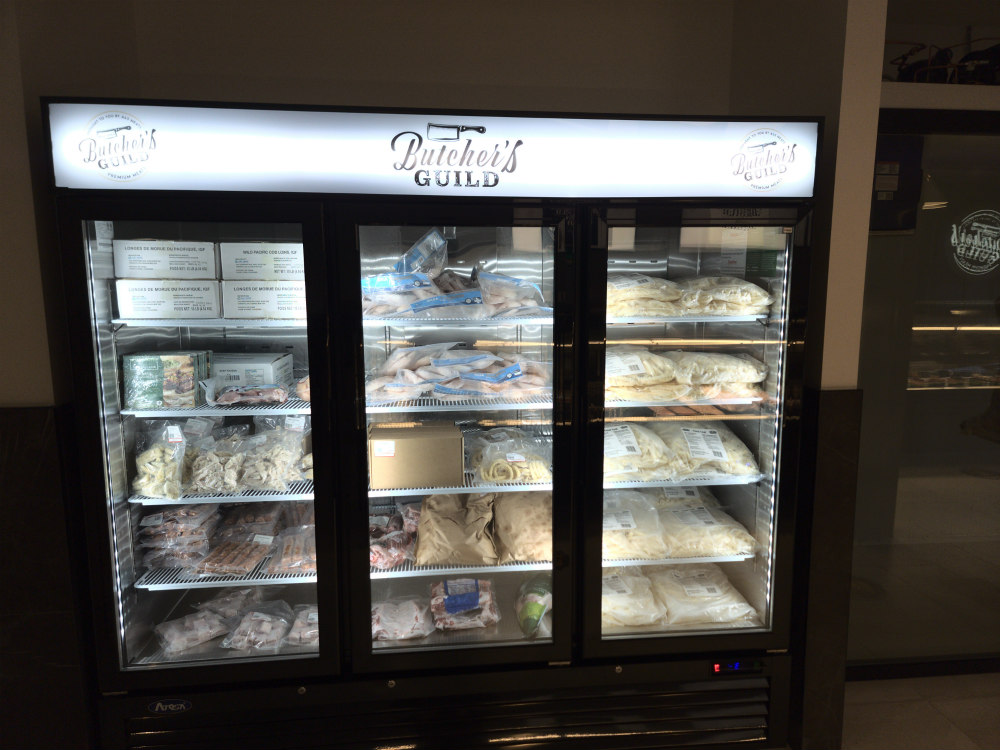 In addition, A&S Meat and Poultry launched a delivery service, which Sidhu tells us was a success, but the team knew they were limited in terms of what they could offer because the business has been designed and established as a wholesaler.

This, coupled with increased consumer demand for the return of their butcher shop, has inspired Sidhu to transform A&S Meat and Poultry into The Butcher’s Guild. With the help of his children and also Arvinder’s kids, they’re “bringing a modern-look butcher shop” to their fully renovated 76 Avenue location. 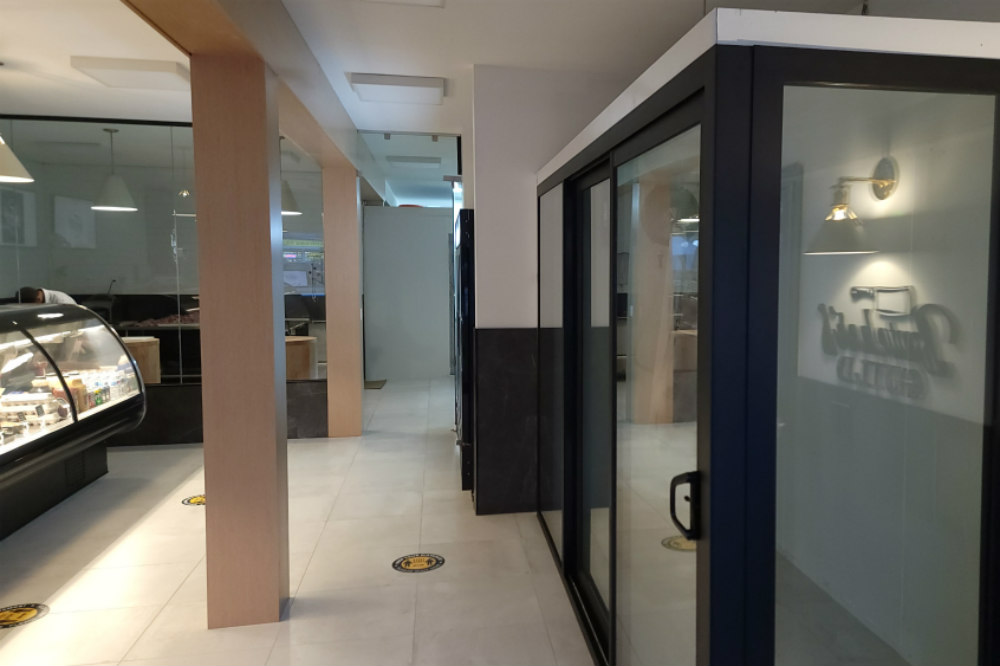 One of the reasons behind the launch, Sidhu says, is that they felt the quality and service provided by other vendors was “not up to par” with what the public should expect. “When we ran our shop, we ran it at a certain standard. We wanted to bring that standard back because that is what people deserve.”

When asked how it feels to be opening the redesigned store, Sidhu says it brings him back to his earlier days of working at Richmond Meats. “I love talking to people, sharing stories, and learning about their families. With our experience and our kids involved, we want to provide a modern and honest experience to our consumers.”

Since their retail store closed in 2005, Sidhu says he has lost a lot of connections he had in the community. “Even to this day, as part of my wholesale business, I try to reach out to all of my customers at least once weekly, so they know their success is at our forefront. This [new store] will be another opportunity for me to get to know people again.” 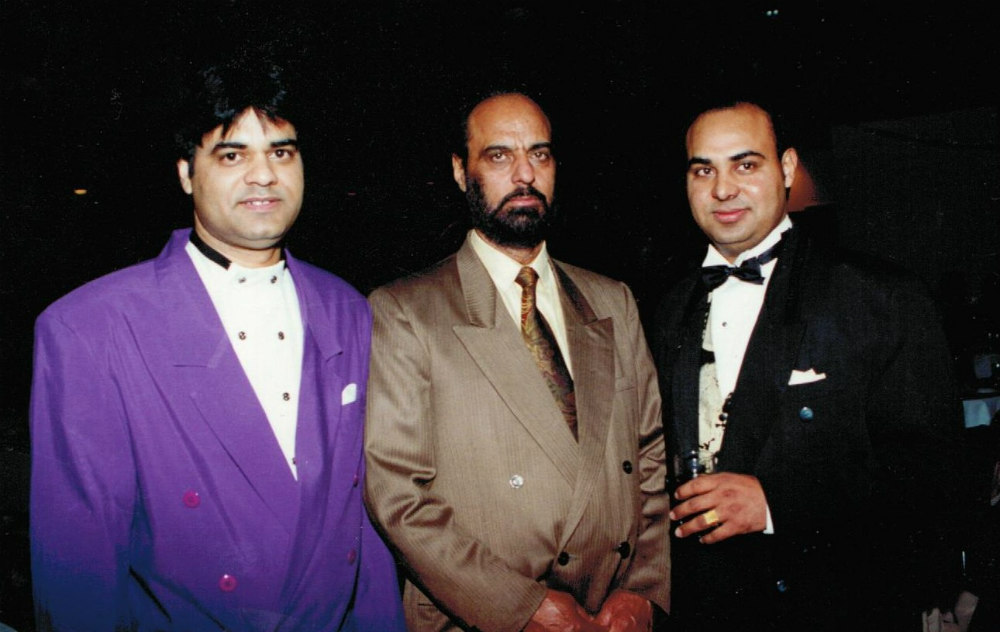 Brothers Karan and Arvinder with father Bhagat (The Butcher’s Guild)

At The Butcher’s Guild store, customers can expect that “old-school experience” where they can talk directly to their butcher and get custom-cut meat and poultry to fit their needs.

Sidhu describes the shop’s aesthetic as “inviting,” a place where customers can see how their meats are being prepared through a glass wall, learn about the food they’re taking home, and also receive ideas for preparing meals. “We will have unique flavours only available at our butcher shop,” says Sidhu. 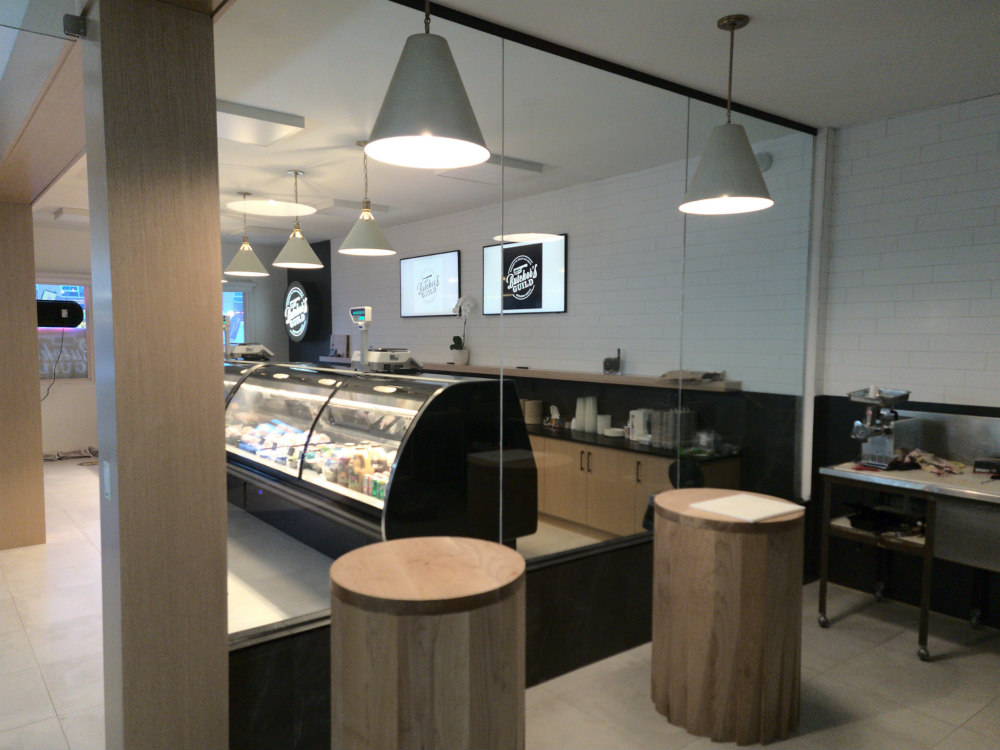 The Butcher’s Guild plans to have weekly and daily deals for special items, and it’s also set to become the first butcher shop in Surrey to offer online pick-up.

From Thursday, November 4 to Sunday, November 7, the store will have specials on food items for Diwali and will be raffling off prizes. The first 100 customers who make a purchase will receive a complimentary t-shirt, too.

The Butcher’s Guild will also be hosting a grand opening celebration on Friday, November 5. To learn more about the store and its offerings ahead of the launch, visit butchersguild.ca.