For television fanatics, September and October are a few of the most anticipated months of the year when new and old series replace the long worn out docket of summer reality series. While the changing landscape of television has taken away some of the joie de vivre of the fall premiere season, for network television particularly, there is still much to look forward to.

Entertainment news in the last few months have produced a sizable amount of press for returning hits like Empire and The Walking Dead, and marketing teams have been busy trying to win viewers over to new series before they have even premiered. Much-anticipated series like Scream Queens and Heroes: Reborn are being banked on by their respective networks to be breakout hits, but anyone who follows television news knows no amount of commercial dollars spent can guarantee a series makes it past the first season, or even the first few episodes.

But there are always one or two major success stories. With returning favourites and new attempts, here are our bets on what will be the most talked-about TV shows of the season. 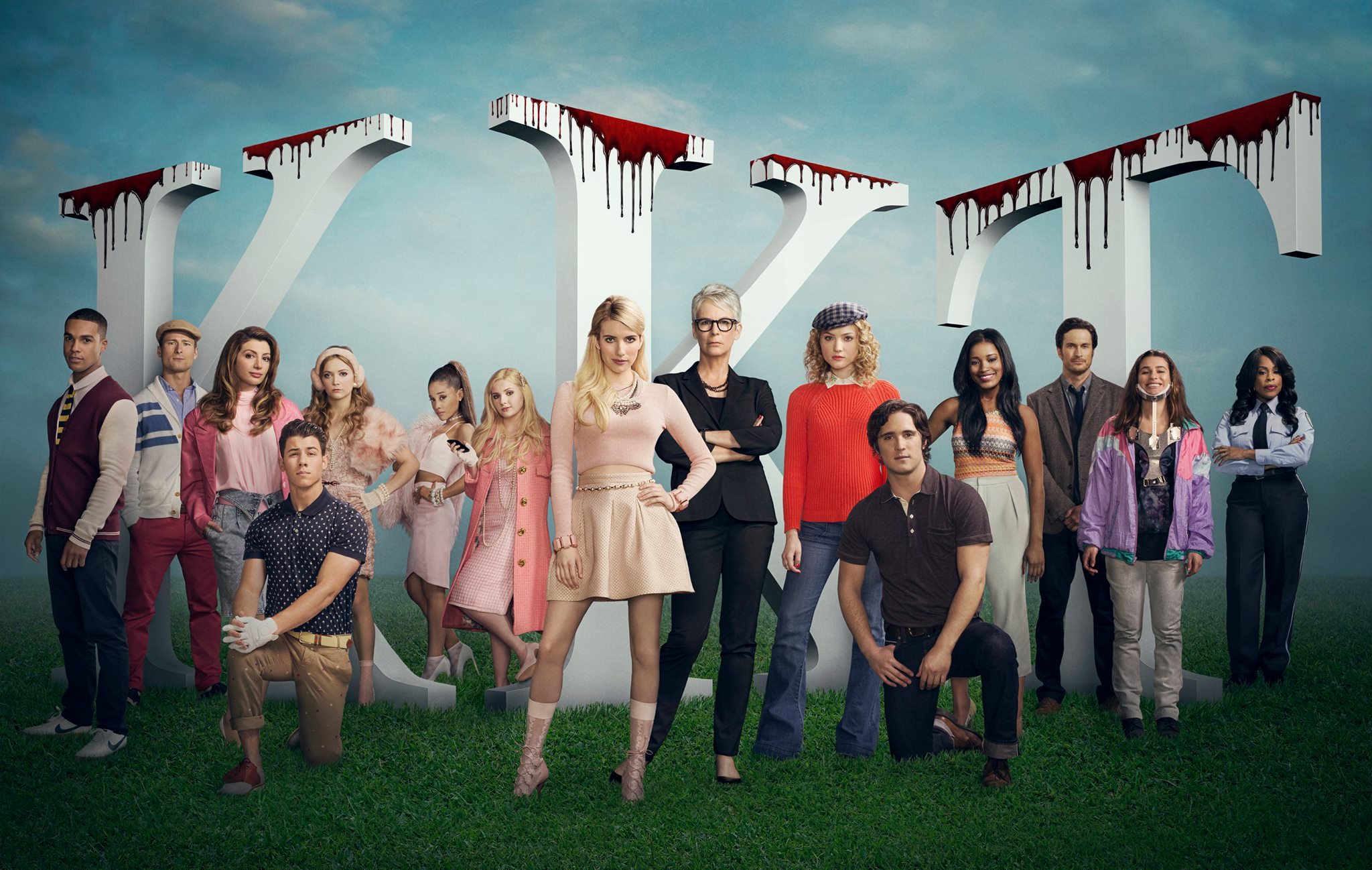 It appears to be a blend of Greek and American Horror Story, and with Glee-creator Ryan Murphy at the helm, Scream Queens will almost definitely push some boundaries – and possibly buttons. FOX’s new slasher/satirical horror series has already gained a fair amount of press due to its established cast including Jamie Lee Curtis, Lea Michele and Emma Roberts, but the series may also earn attention for gruesome subject matter.

The plot sounds like it was taken straight from a B-movie: a bunch of gorgeous sorority girls find themselves at the center of a murderous rampage, all while trying to keep their sorority, Kappa Kappa Tau, alive.

The extensive cast is a who’s-who of young stars, also including Abigail Breslin, Nick Jonas, Ariana Grande and Patrick Schwarzenneger, just to name a few. While the series is clearly aimed at the youth and young adult audience, creator Ryan Murphy says the series will feature strong language, sexuality and lots of violence. 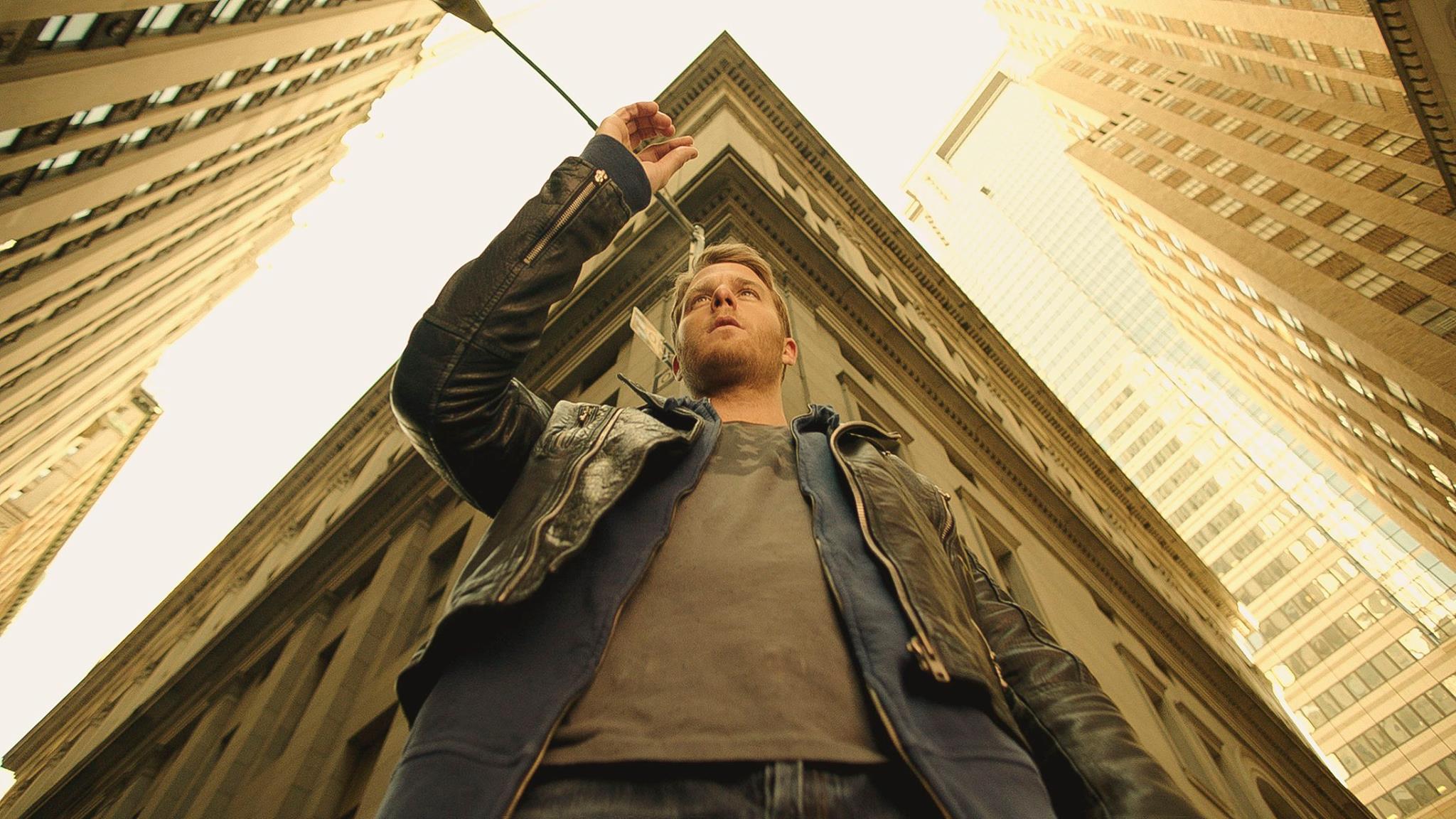 Take a Bradley Cooper hit movie, serialize it, and put it on network television and you have Limitless, a series following a man who discovers NZT-48, a powerful drug that unlocks the human brain’s entire capacity. Lead character Brian Finch, played by Jake McDorman, increases his IQ to four digits and can literally remember everything he has ever seen, heard or read. In theory, this drug sounds like the best thing ever created, but of course, there’s a twist.

Like in the film of the same name, NZT is in hot demand and with that comes crime, violence, threats and misanthropic antagonists. Bradley Cooper reprises his role as Eddie Morra, now a recurring character, as a sort-of mentor to Finch. Meanwhile, Finch attempts to use his unlocked intelligence to solve crimes with the FBI. All the events of the series take place after the movie, so it might be worthwhile to give the film a chance before you jump right in.

The downside to this new project is that it is another procedural airing on CBS, home of NCIS, CSI, Criminal Minds and Hawaii Five-O. While those shows are clearly winners in terms of ratings, their critic score is abysmal. We will have to wait and see if Limitless has prowess as a brainless escape series or if it can be more than that. 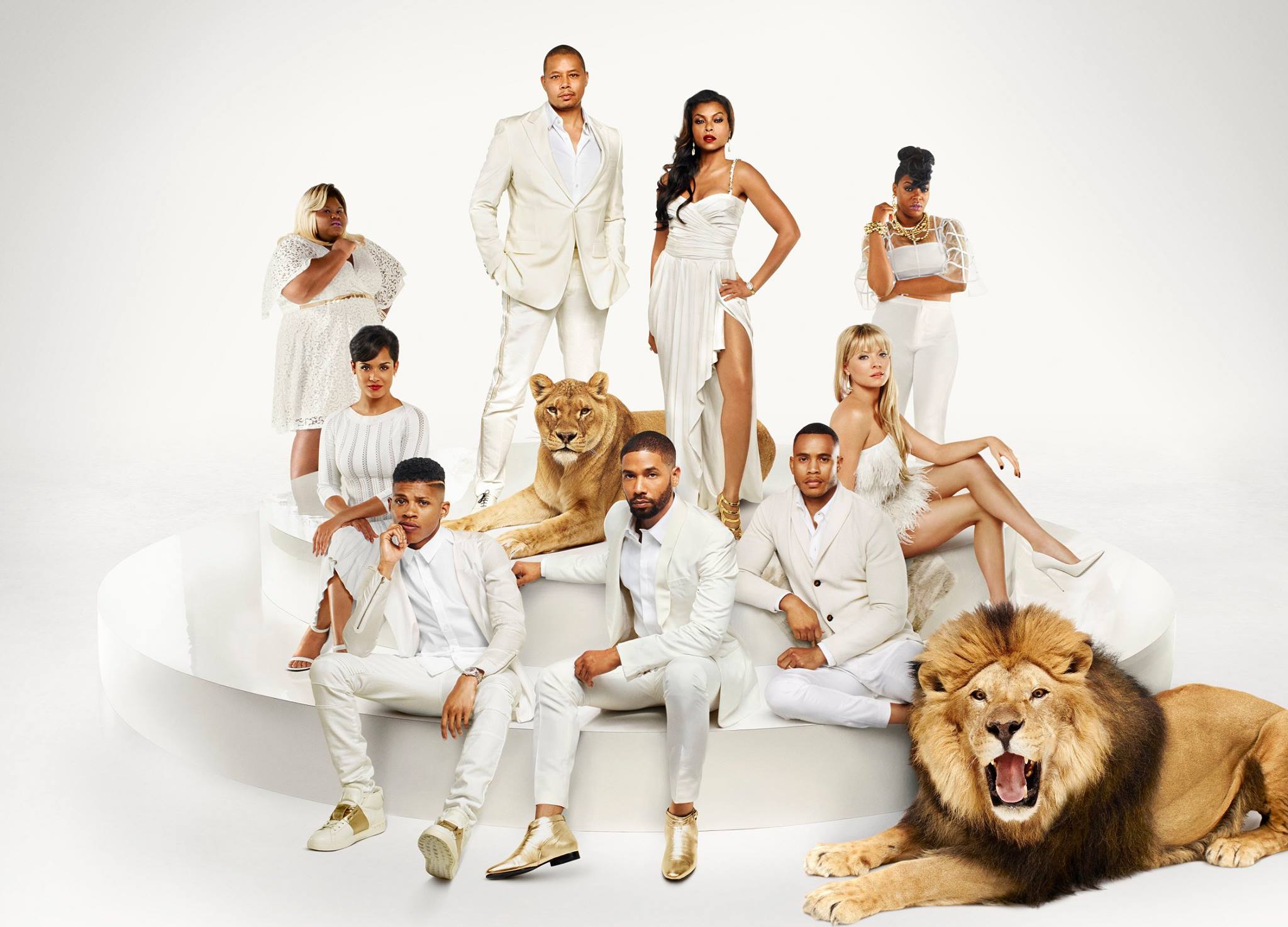 The breakout hit of last winter was without a doubt Empire, the network drama series from FOX that follows the ups and downs of Empire Entertainment, a hip-hop record company run by nefarious former drug dealers and their grown sons. Starring Terrence Howard and Taraji P. Henson, who was Emmy-nominated this year for the Outstanding Lead Actress in a Drama Series, the series is often described as a prime-time soap opera that borders on cornball. But alas, it is a hit with the masses.

What makes the show unique are the woven-in topical issues: Howard’s character, Lucious Lyon, has recently been diagnosed with ALS and one of his sons, Trai Byers, is bipolar. The music, as well, is often the most commented-on aspect of the series. With 16.7 million viewers during its 2015 season finale, Empire beat long-running The Big Bang Theory out of first place in the ratings and was the most-watched debut season finale since Grey’s Anatomy‘s first season finale in 2005. 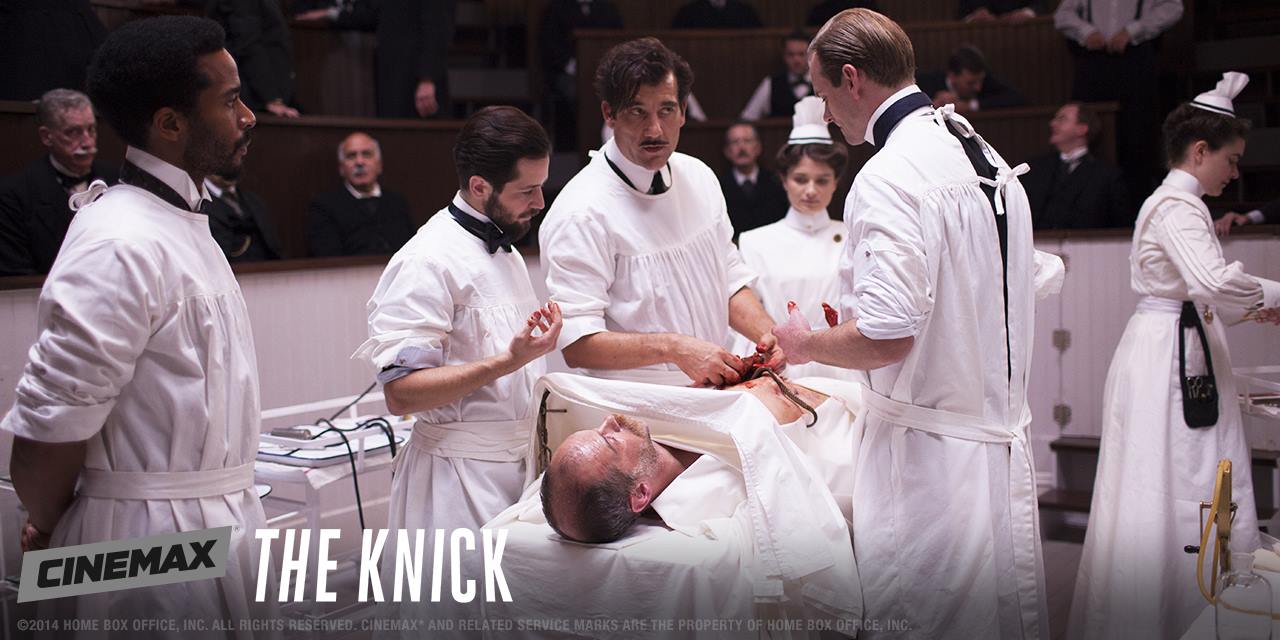 Cinemax’s historical medical drama is like Grey’s Anatomy but smarter, sharper, more interesting and set just after the turn of the century in New York City. So basically it is nothing like Grey’s except for the fact that it takes place in a hospital. Starring Clive Owen as Dr. John Thackery, a highly respected surgeon with a serious opiate problem, The Knick finished its first season last October.

From a historical perspective, the series offers a fascinating look at what medicine was like at the beginning of the twentieth century, with such cases like attempting the first cesarean sections and developing the machine used for suction. The end of the first season also highlighted the stark contrasts to the way mental illness and addiction was treated. We last saw Dr. Thackery enter a treatment center for his cocaine addiction, where he was to be treated with an all-new promising drug, heroine.

It’s a burgeoning hit with critics too and received five Emmy nominations this year for its first season. With only 10 episodes per season, it is not too late to catch up before new episodes air beginning October 16. 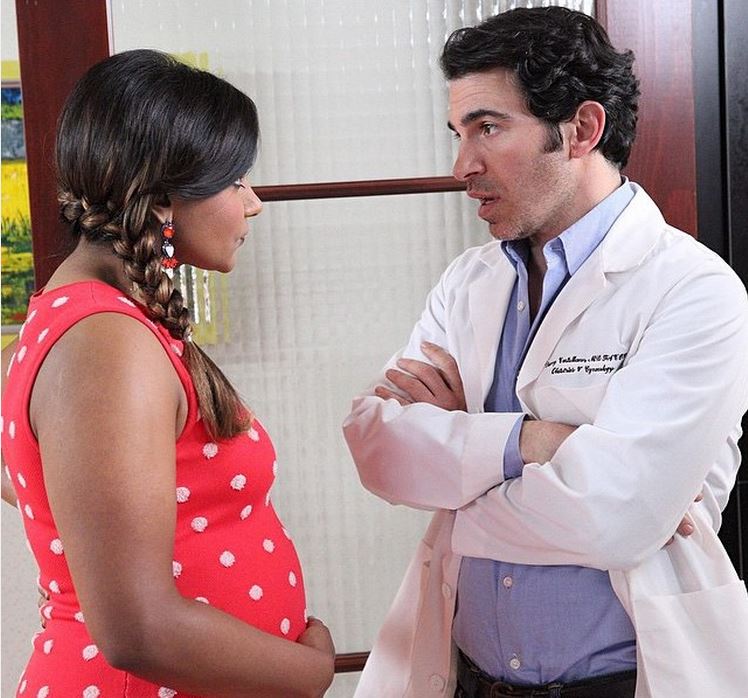 While The Mindy Project, the self-titled series from The Office actress Mindy Kaling, was taken off FOX’s line up last spring due to poor ratings in its third season, the comedy with a cultish following was immediately resurrected by Hulu for online streaming. In Canada, CityTV already promised to air the new episodes after outcry that Hulu is not available to stream here. Thank goodness for that, because Mindy is one of those rare irreverent comedies that breaks away from the oh-so-dated sitcom model. And it’s good.

The series premiered in Fall 2013 and centers on a small gynecology practice in New York City run by an eclectic group of doctors and nurses. Beyond the medical setting, the show more prominently explores the love-life of Mindy Lahiri, a 30-something-year-old doctor who yearns to meet the man of her dreams. While the first few seasons saw Mindy find romance with a spectacle of men, one of whom she became engaged to, the second season ended with a shocking kiss with long-time friend Danny Castellano. The 2014-2015 season explored that relationship, and viewers were once again surprised when Mindy ultimately became pregnant with Danny’s baby.

With a new network in charge and a confident team of writers at the helm, season four might just be the season that hits with the masses.