Is there really a proposal to build a 32-storey mixed-use residential and commercial tower on the site of the Vancouver Art Gallery?

At first glance, a new website by a ‘developer’ provides seemingly convincing artistic depictions to erect a new tower in the heart of the city core. Dubbed ‘Canvas at Georgia’, the tower would be built on the Art Gallery city block and consist of 152 market residential units, a Mocha House Cafe, a Gold’s Gym, and street space for food trucks.

Artworks currently housed in the Vancouver Art Gallery would be housed in both a free exhibition space and distributed throughout the private spaces of the building, which is meant to ‘increase’ the space of the Gallery by tenfold. The top six floors of the building will even be combined into a single penthouse and become the new home of as many as 630 existing artworks found at the Gallery.

“Residents of The Canvas at Georgia will enjoy around-the-clock access to the Emily Carr Botanical Garden, featuring many of her best-known works, the Douglas Coupland Recreation Room, and the Lawren Harris Day Spa,” reads the website’s description of the project.

These farcical plans even sparked a Change.org petition to stop the development in its tracks. Launched just yesterday, the petition has already received 85 signatures.

“The gentrification of our downtown and the slow conversion of the city into a playground for the rich at the expense of everyone else has gone far enough,” reads the petition to Vancouver City Council.

“We’ve watched landmark after landmark get torn down to make room for glass and steel towers, while the city has become the least affordable in North America. The new development will take that trend to a new extreme, actually taking away public space and beloved works of art so they can be put in private hands.”

The project website indicates the proposal is being spearheaded by Australian developer Brookfield Multiplex, which happens to be a real company that was responsible for overseeing the construction of major developments like the new Wembley Stadium in London and the expansion of the Melbourne Convention Centre. But they have no knowledge of their ‘upcoming’ Vancouver condominium project.

“It was brought to my attention today. I have no idea what this is,” Neil Vohrah, Director at Brookfield Multiplex, told Vancity Buzz. “We have no involvement in this project.”

“I don’t know if this is a scam or what. But I can’t seem to find any other information about this. We have no involvement in this project whatsoever.”

And as it turns out, the Vancouver-style architectural design depicted in the rendering on the website was photoshopped from a real condominium proposal in downtown Toronto. 8 Mercer Street, a real 112-metre tall, 337-unit market residential tower project, was completed earlier this year.

There is also the fact that the Vancouver Art Gallery site and Robson Square is situated on land owned by the provincial government. A market residential development on public property, used widely as a public gathering and cultural space, makes no sense.

Prior to becoming the new home of the Vancouver Art Gallery in 1983, the 1906-completed Francis Rattenbury-designed building was utilized as the provincial courthouse. The building is listed in the City of Vancouver’s Heritage Register, which protects sites of historical significance and enforces strict legal polices and guidelines for how any registered heritage building is to be modified or demolished.

The website claims sales for the units have begun and that all penthouse units are now sold out, even though the proposal has not entered any of the required City permitting, rezoning, heritage consideration and extensive public consultation processes. Forget that 2017 completion date.

Vancity Buzz was not able to immediately determine whether the proposal is a prank, a student marketing project or a critique of the City’s current housing and affordability crisis. It is also unclear whether the petition is part of the entire orchestration, of whatever this may be.

Save your outrage for something else.

Fake vs. Real: The fake Vancouver Art Gallery condo proposal on the right; the rendering of the real 8 Mercer Street condo project in Toronto on the left. 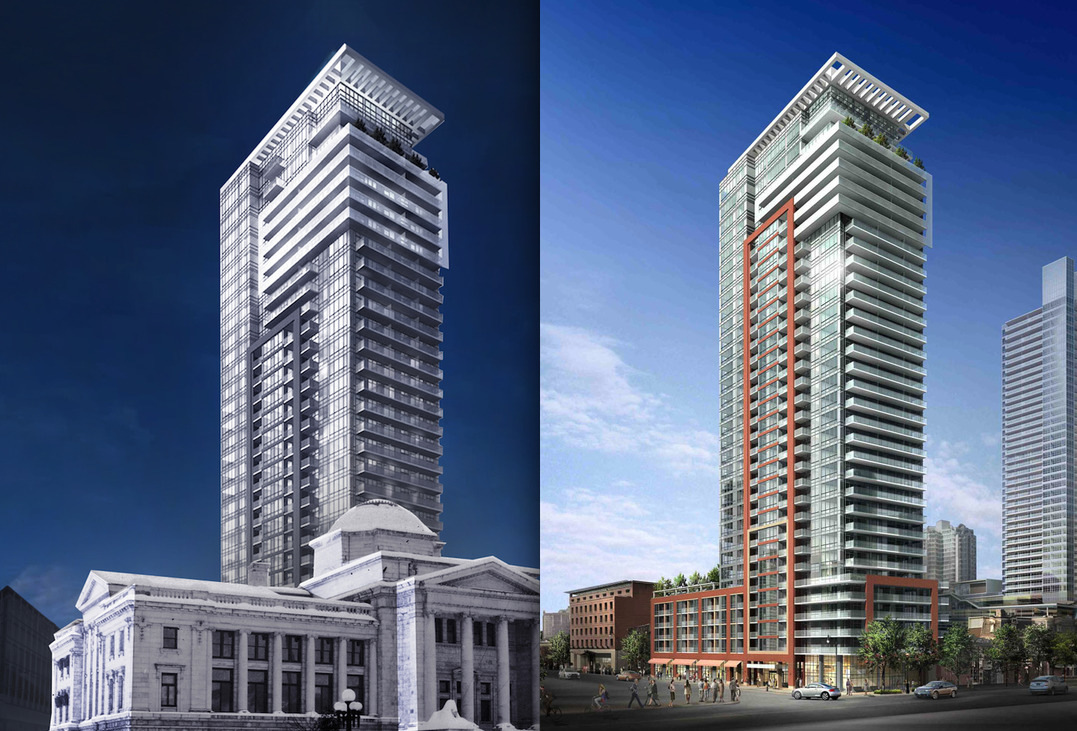 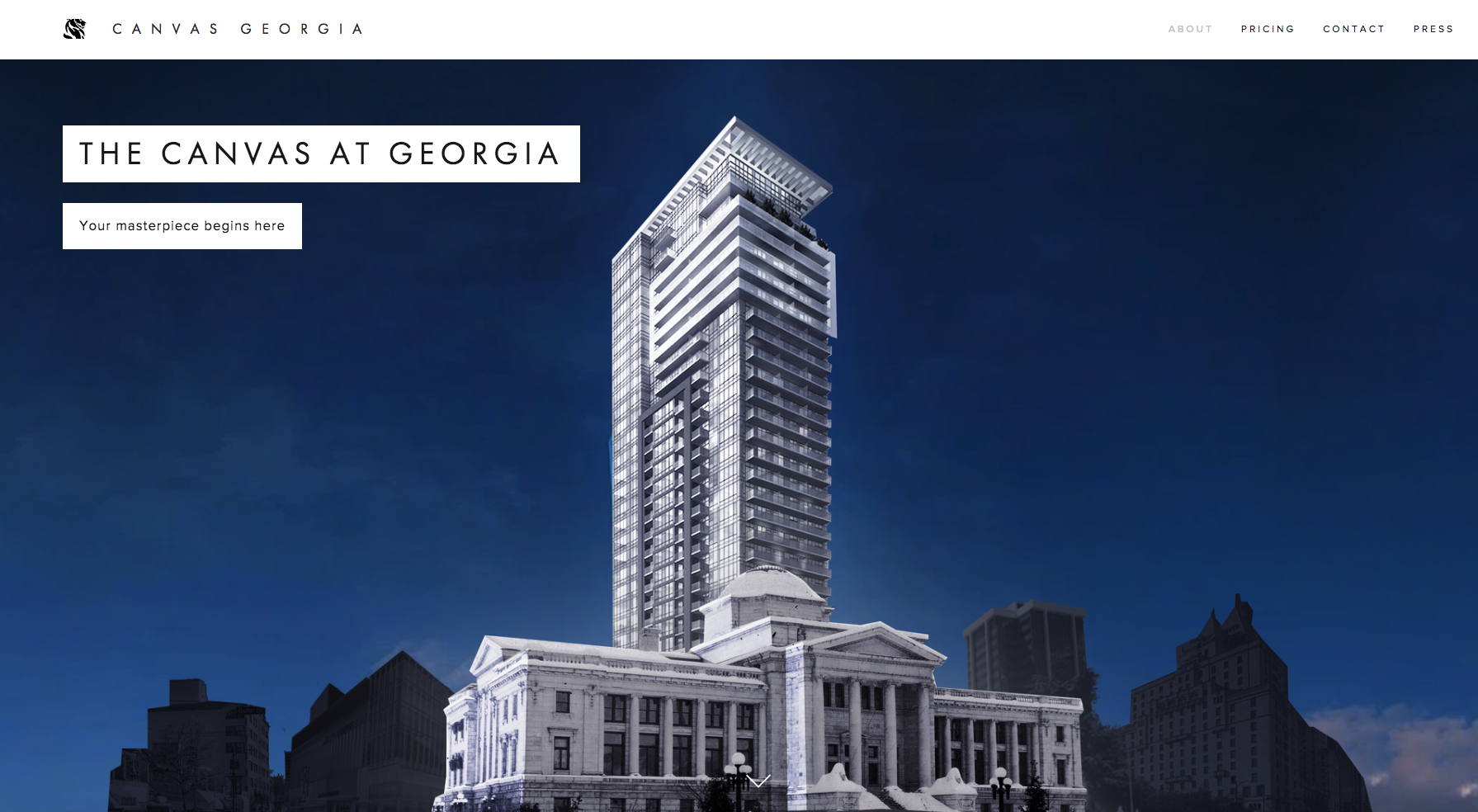 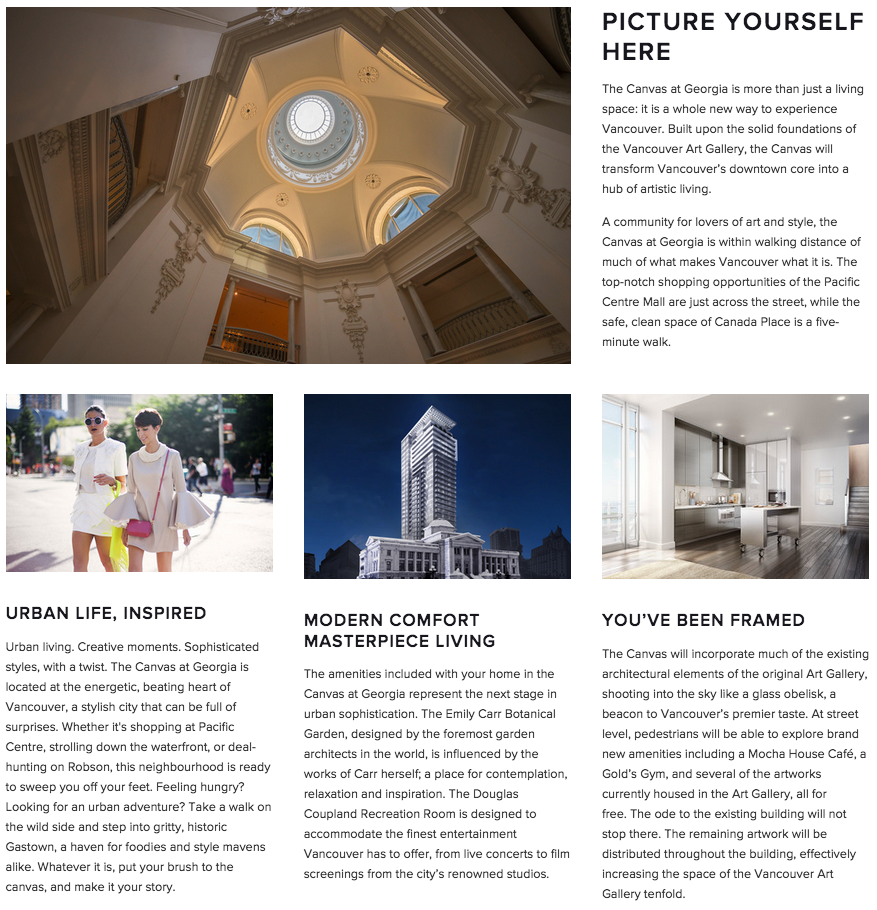 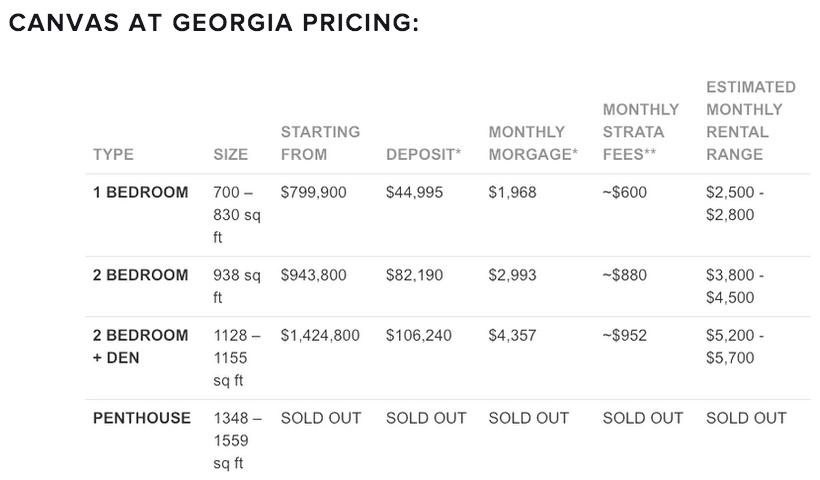