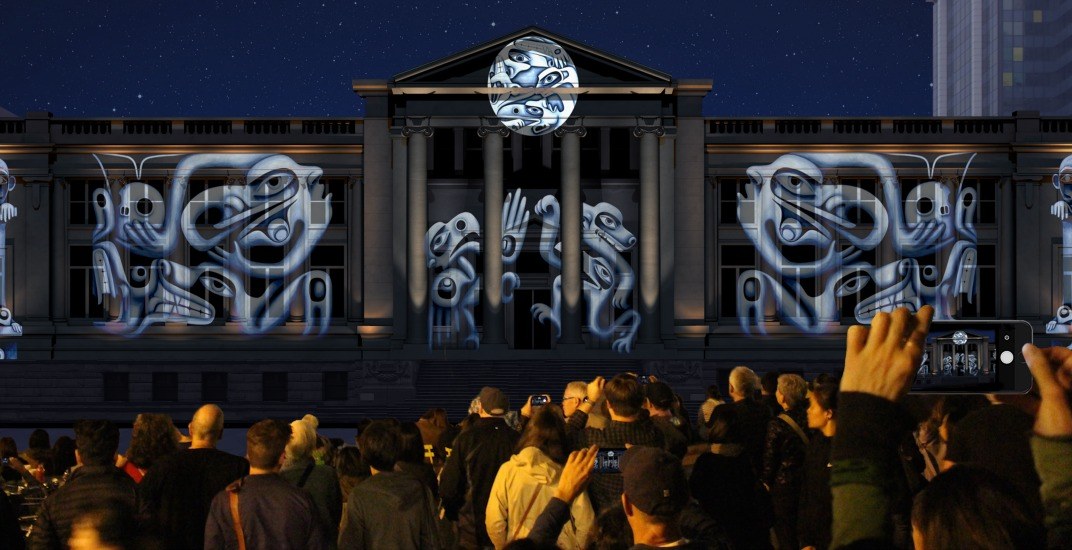 Vancouverites, get ready for one of the city’s most monumental digital art showcases.

Kicking off on September 4 through to September 10, FAÇADE Festival is bringing cutting-edge digital art known as projection mapping, to the heart of downtown.

You’ll get to see spectacular artworks throughout the third annual public art and cultural celebration. And the works will be projected onto the Georgia Street facade of Vancouver Art Gallery.

Burrard Arts Foundation is presenting the festival in partnership with Vancouver Art Gallery and technical Partner ,Go2 Productions, and has commissioned emerging and established contemporary artists from BC who are practicing both new and traditional media. The artists are creating 10 stunning works of art that represent the urban environment mixed with vibrant creativity.

In 2016, an estimated 35,000 people attended the festival and shared more than 200 posts about the art they witnessed. And this year’s event is set to be even bigger and better than ever before.

During the festival, you’ll have the opportunity to see the below artists’ work.

You’ll be engaged in a grand architectural intervention during the FAÇADE Festival and you’ll get to see how the ubiquity of digital forms in modern life and the role of new technologies play in contemporary visual art.

This is the festival schedule so far:

For more information about the festival and participating artists, check out FAÇADE Festival online.

Daily Hive is a proud media sponsor of FAÇADE Festival