Throngs of people lined up around the block this morning to get their hands on some vintage clothes for cheap at F As In Frank’s $10 Fill-A-Bag sale.

People fill up a blue plastic bag as full as they can with vintage clothing for just $10, and they’re limited to two bags per person. 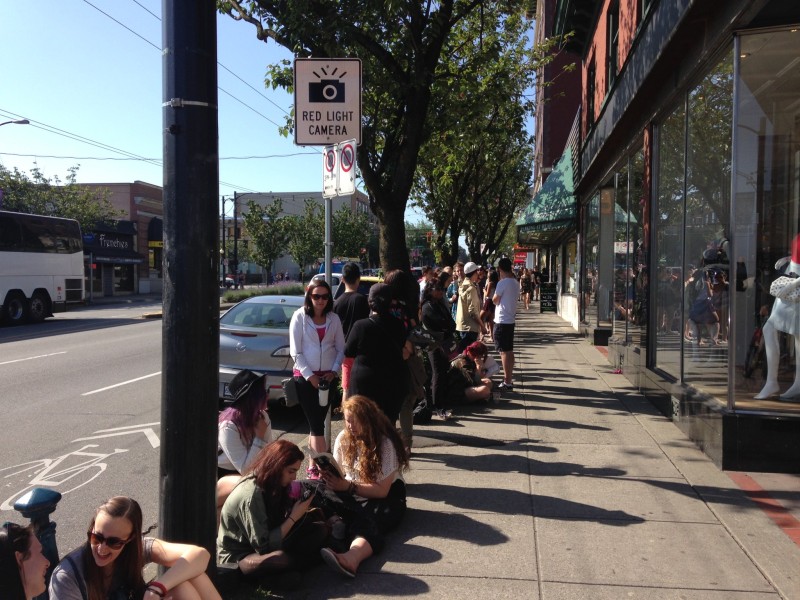 The bi-annual sale has grown in popularity over the years, with last year’s sale seeing more than 4,000 people rummaging through piles of vintage clothes. 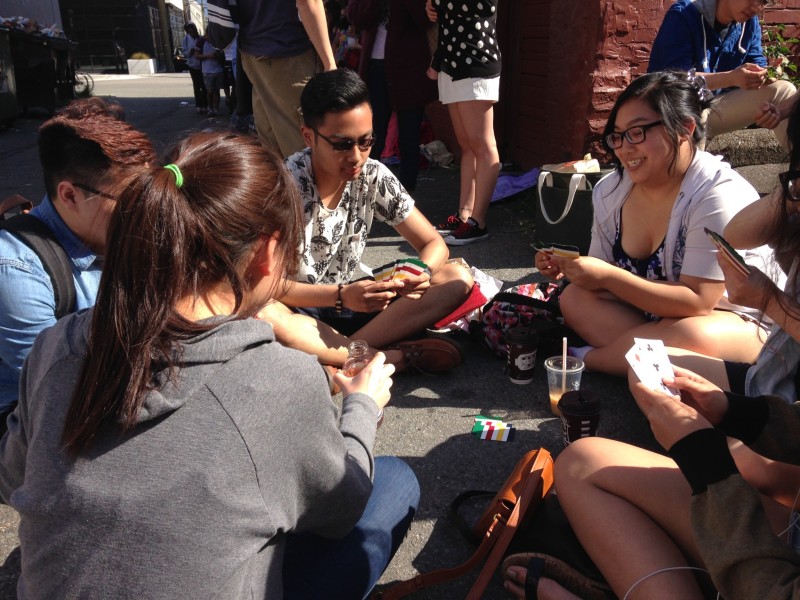 A group of people play cards to pass the time. They’ve been waiting in line since 7:30 a.m. (Photo: Lauren Sundstrom / Vancity Buzz)

Clothes were literally flying as people dug through the stacks looking for those perfect vintage pieces to add to their collections. 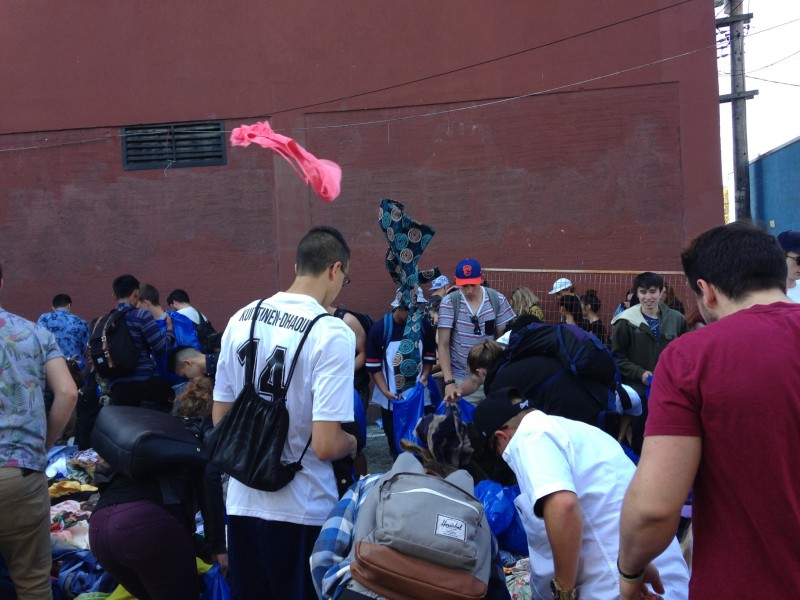 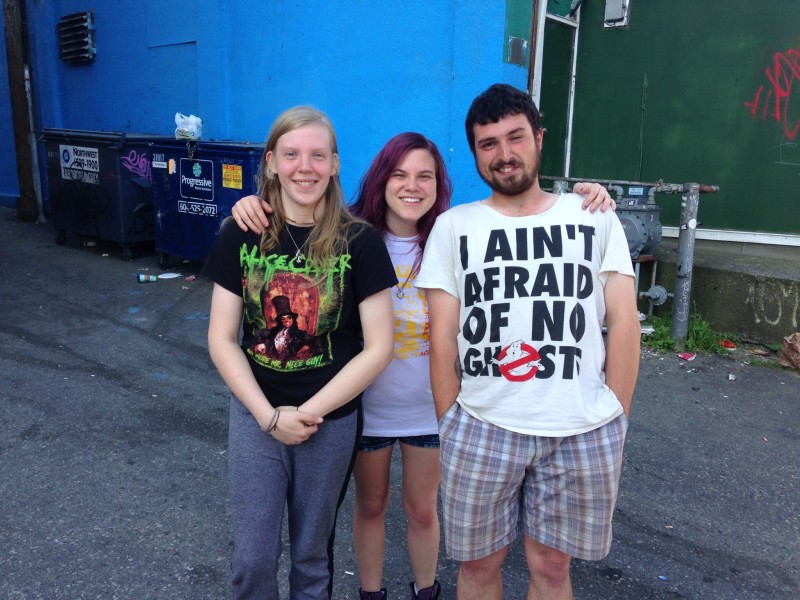 From left to right: Charlotte, Shoni-qua and Kevin had started waiting in line at 1:30 a.m. (Photo: Lauren Sundstrom / Vancity Buzz)

Charlotte, Shoni-qua and Kevin were first in line and had been there since 1:30 a.m.

“We played Monopoly to pass the time,” they told Vancity Buzz.

As unglamorous as sifting through piles of clothes on the ground might seem, it’s all about the hunt, getting a bargain and, most importantly, reducing, reusing and recycling.

“It’s about having a small carbon footprint and keeping as much clothing out of the landfills as possible. This is just another step in maintaining our goals,” said co-owner Jesse Heifetz. 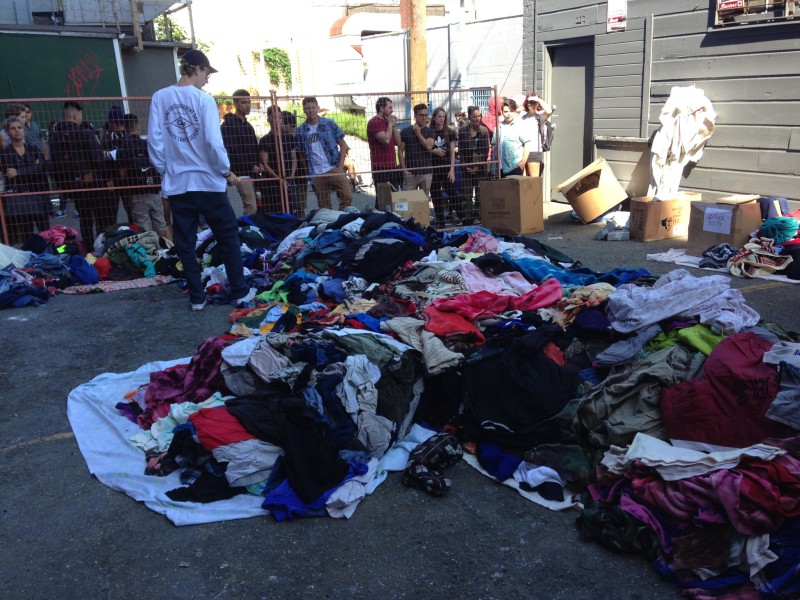 The presentation is less than glamourous, but there are hidden treasures to be found (Photo: Lauren Sundstrom / Vancity Buzz)

Even though the sale only happens twice a year, Heifetz said they’re planning on starting to sell per-pound vintage clothing in the back of the store, where you can purchase clothes by weight year-round.

“You’ll have a minimum one pound purchase, and we’re aiming to have it going by July 1,” he said. 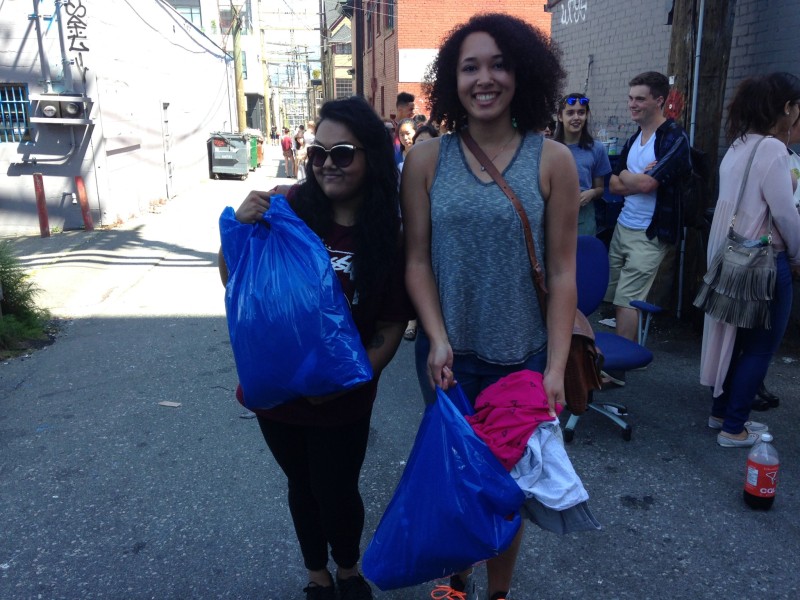 Christine Singh and Alicia George said they scored some great clothes, but it took some planning.

“You have to have a strategy. Have a game-plan before going in,” added Singh.

And if that wasn’t enough, there was a barbecue, music and free snapback hats thrown off the roof to the eager crowd. 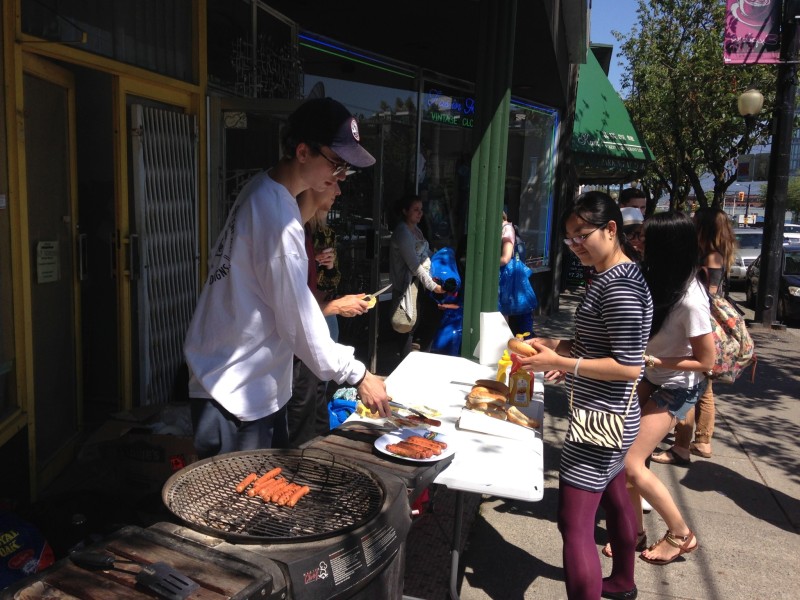 An employee cooks hotdogs and veggie dogs in front of the store on Main Street (Photo: Lauren Sundstrom / Vancity Buzz)