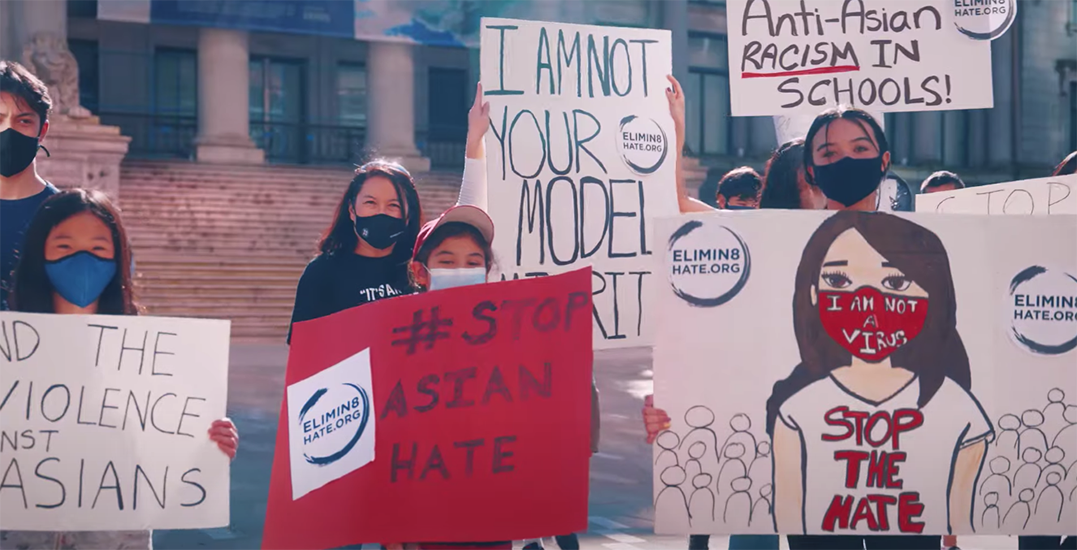 This Asian Heritage Month, the Chinese Canadian National Council for Social Justice (CCNC-SJ) is calling on Canadians to confront racism amidst the COVID-19 pandemic.

The council, which advocates for equity and justice across the country, has launched #FaceRace, along with a powerful anti-Asian racism video that features a number of notable Canadian personalities.

“This is a grassroots initiative by Asian Canadians that calls on us to confront racism in light of the COVID-19 pandemic,” CCNC-SJ says on Instagram. “We stand in solidarity with the South Asian community, #BlackLivesMatter, and Indigenous peoples in dismantling white supremacist structures.”

The video, titled “Eyes Open,” was spearheaded by Canadian television personalities Elaine Lui and Melissa Grelo, and produced by an all-female team. The script was written and narrated by Christopher Tse, an Asian Canadian poet.

“As part of being allies, we must commit to the lifelong work of learning and unlearning, including recognizing the ways we have benefitted from anti-Black racism, and to call out anti-Black racism among our own communities, families, and friends,” the CCNC-SJ says.

Other familiar personalities making an appearance in the video including Dr. Joseph Wong, Canadian lawyer Avvy Go, actor Andrew Phung, and Toronto Raptors guard Yuta Watanabe, among many others.

A spokesperson from the CCNC-SJ also tells Daily Hive that the video includes more than 30 hours of cut-down footage.

Check it out for yourself: