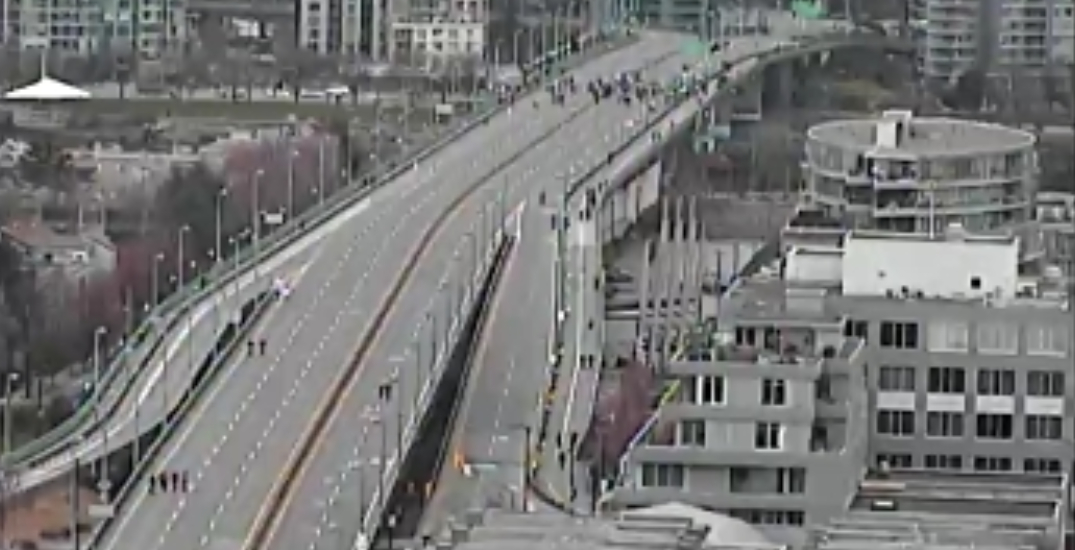 Climate protestors in Vancouver are engaging in “peaceful civil disobedience” by holding a sit-in on Cambie Bridge.

Demonstrators from Extinction Rebellion set up a blockade on the bridge just before 2 pm on Saturday afternoon, causing “major congestion” in the area, Vancouver Police said.

The group first occupied the intersection of Cambie Street and Broadway before making their way on the bridge.

Police urged drivers to avoid the area as the demonstration continued.

#VanTraffic Broadway and Cambie Street has re-opened to traffic in both directions following a protest, however the demonstrators are now occupying the Cambie Bridge. Drivers are encouraged to avoid the area.

In a statement, Extinction Rebellion’s Vancouver chapter said the protest was being held to demand an end to old-growth logging.

The demonstration began at 12 pm at Vancouver City Hall before protestors headed to Cambie Bridge.

“Cutting down ancient forests not only destroys the rarest and most biodiverse habitat we have, [but] it also trashes an extremely effective carbon sink and disturbs the soil, resulting in further CO2 emissions,” said volunteer Kelly Tatham.

“The trees are a vital component of mitigating catastrophic warming and biodiversity loss on the planet.”