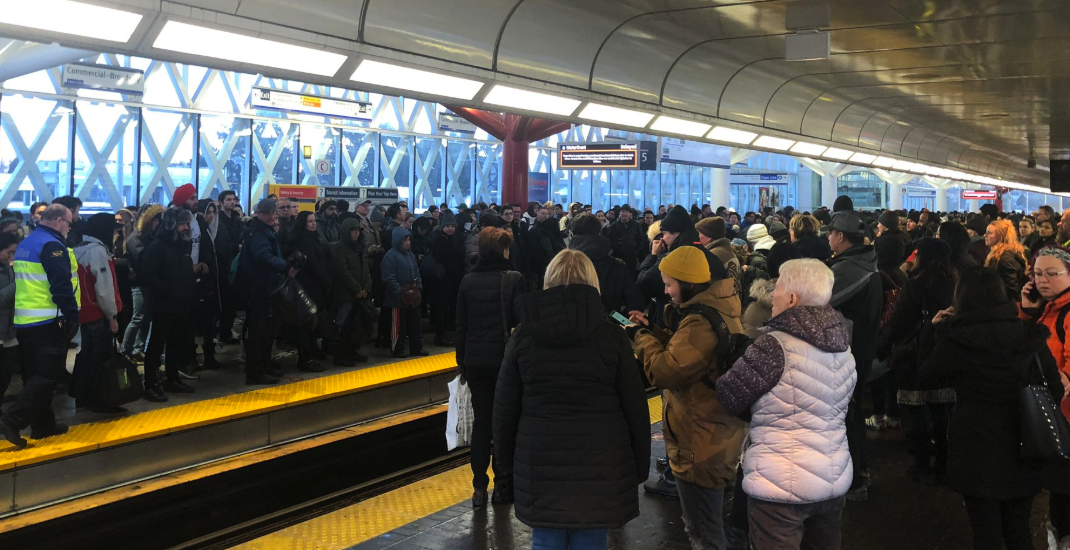 UPDATE: 5:59 PM: TransLink has announced that The SkyTrain track issue affecting the Expo Line “has now been resolved and regular service is resuming.”

However, “there may be gaps and extended wait times while schedules resume.”

UPDATE 4:37 PM: An update from TransLink at 4:37 pm said the track issue is occurring near Stadium Station. Trains are single-tracking between Waterfront and Commercial-Broadway. The Canada and Millennium Line remain unaffected.

TransLink does not have an ETA as to when the issue will be resolved.

Passengers using the Expo Line are asked to allow for additional travel time during their commute this afternoon.

According to TranksLink, Expo Line trains are experiencing westbound and eastbound delays due to a “track issue.”

#SkyTrain Expo Line is experiencing westbound/eastbound delays due to track issue. Canada Line and Millennium Line are unaffected. Updates to follow. We thank you for your patience as we tend to this issue. ^pj

The Canada Line and Millennium Line are unaffected.