With only one men’s ice hockey game taking place at Bolshoy on Wednesday, I was free to spend most of the day exploring Olympic Park a bit more thoroughly. It’s huge.

I know there have been some comments about how empty it looks on TV, but seriously, there is a lot of space for people to spread out so I can understand that it won’t look the same as Vancouver where the live sites were so much smaller.

All of the coastal cluster venues surround the central medals plaza, but then there’s another big section with the national houses, sponsor showcases, the official merchandise store, and more.

Sadly, even a Canadian passport isn’t enough to get you in to Canada House. It’s for athletes, their family and friends, and invited guests only. 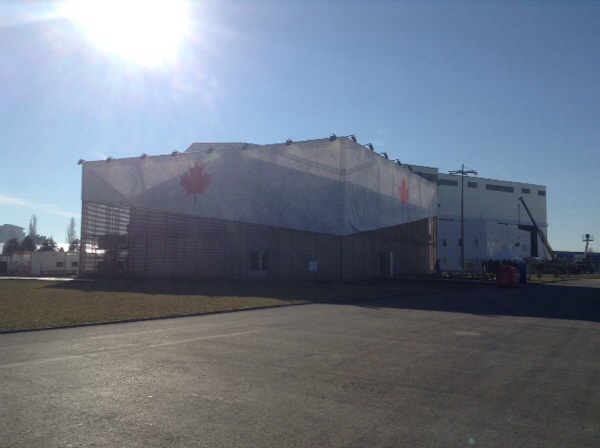 Even Quatchi didn’t make the cut: 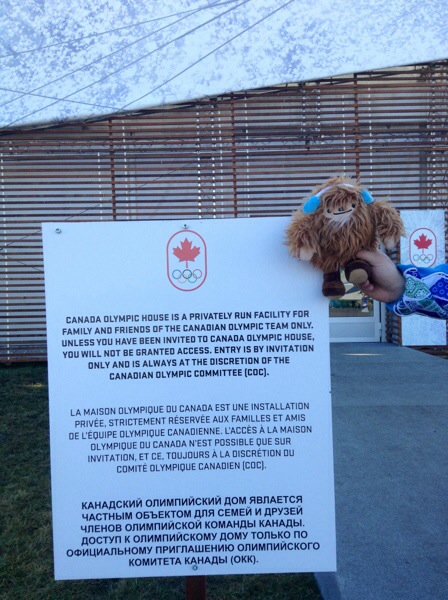 There were long lines to get into the official merchandise store; will have to save that for another day. Instead, I popped into PyeongChang 2018 House, to learn about the host of the next Olympic Winter Games. Should I start learning Korean? 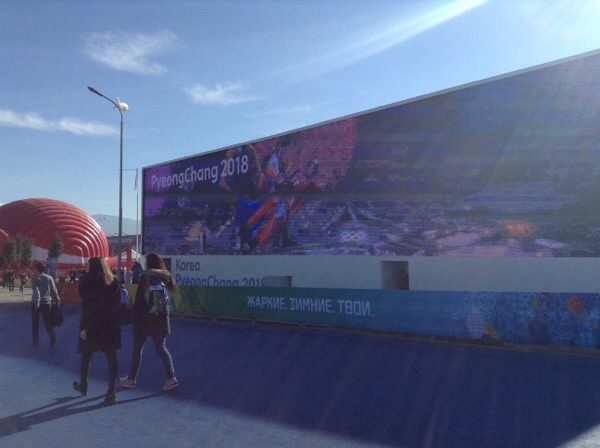 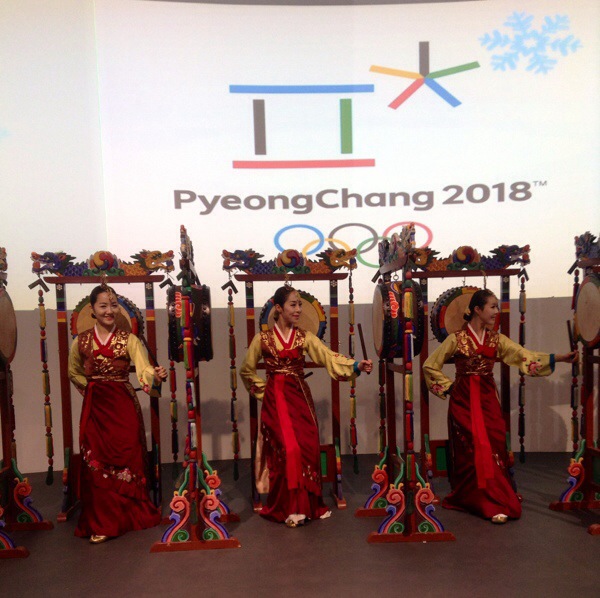 While walking through the best, I spotted this girl wearing the coolest Olympic Rings glasses: 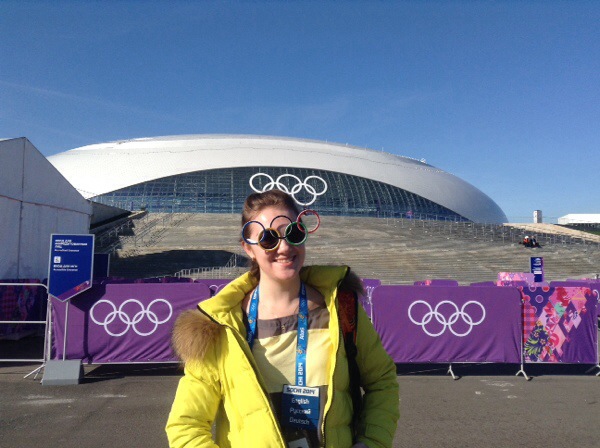 Lunch was a picnic in the park with a fellow Canadian who is working here in Sochi. Yum, the first green vegetables I’d had in a week. 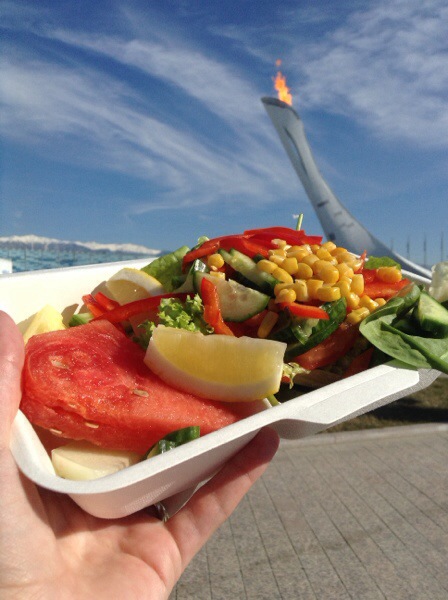 And then it was time to head into work. Once again my main role was to grab quotes from the top players after the game and run them back to the office to be input into the Info 2014 system, and then capturing the highlights from the post-game press conference with the coaches.

My view of the pre-game warm-up skate: 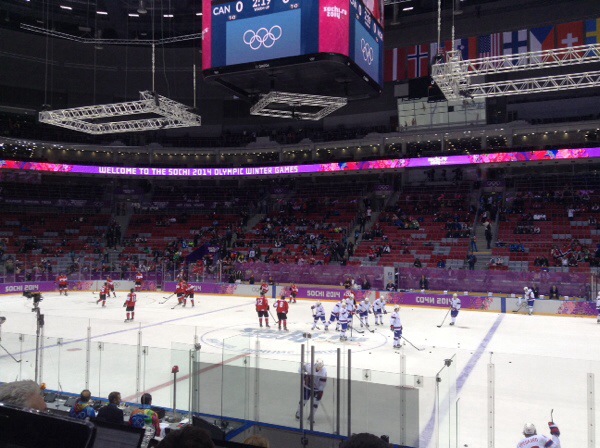 Thursday was pretty much the same, but busier with three games, three press conferences and many practices — often overlapping. After working the first two games, I stuck around after my shift ended so I could watch the first ten minutes of CAN vs NOR — my patriotic duty.

I’ll close out this post with a few random observations and updates: 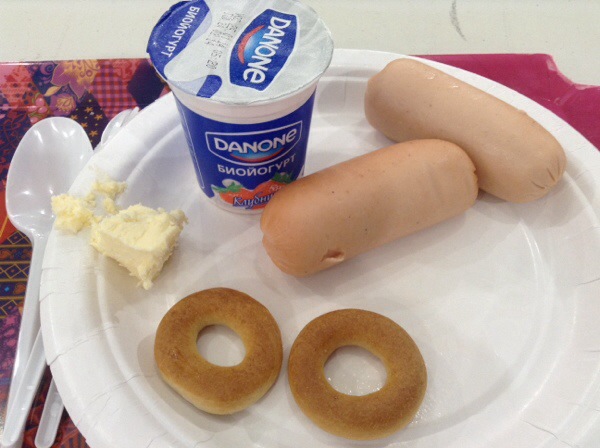 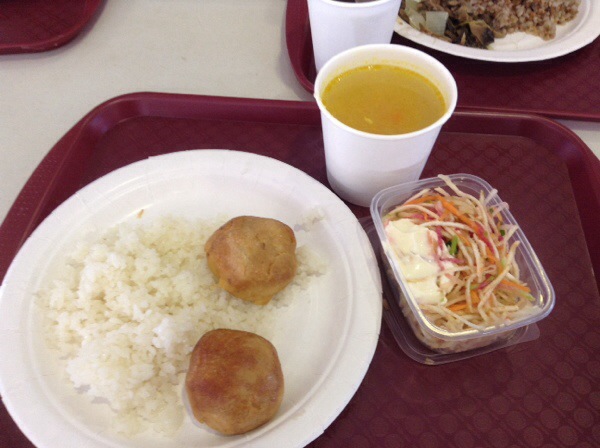 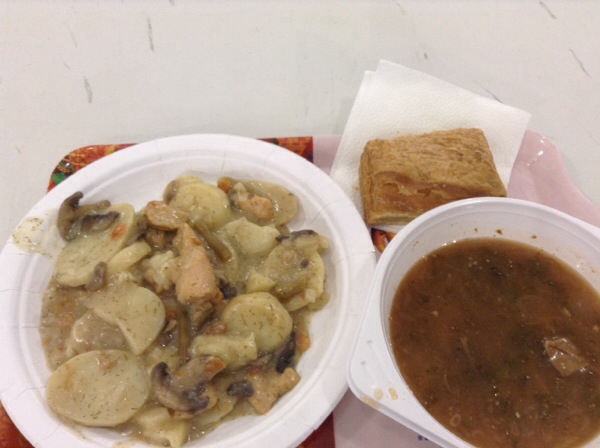 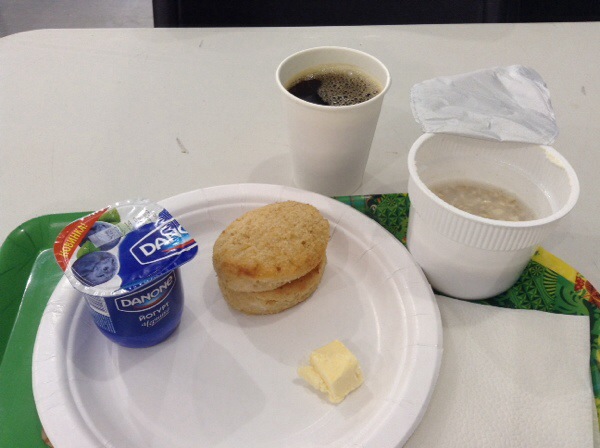 Anyone want to send me a care package full of Tacofino fish tacos?