It happens every year. September or October rolls around and the first Christmas displays start trickling into department stores and malls in Metro Vancouver, and whether you love it or hate it, those festive creations will be gracing you with their presence until the New Year.

Displays have already been spotted around town. Check out the photo below, taken by a Vancity Buzz reader at Hudson’s Bay in downtown Vancouver. 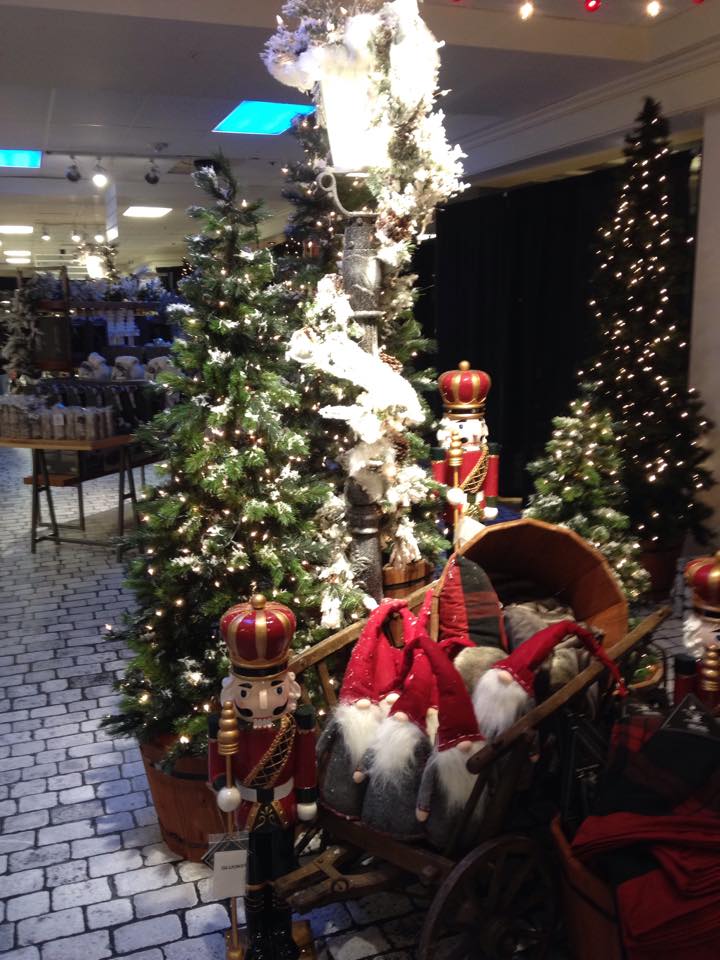 Have you ever wondered why companies insist on throwing Christmas in your face so early in the year? Well, it’s a smart marketing strategy, for one.

“There’s about a third of people who are annoyed by the displays, and third don’t care one way or another and for those two groups, there’s no real downside – it’s not that they’re boycotting those stores, they’re just not shopping in the Christmas aisles until they feel it’s time.”

And this isn’t a recent phenomenon. Consumers have the misconception that “Christmas creep,” as Appelt described it, happens earlier and earlier as the years go on, but that’s not the case at all.

“It’s actually something that’s been happening since the 1800s. In the 1850s, there’s ads showing Christmas in August, so it’s a time-tested strategy for companies,” she said.

There are a number of reasons a consumer might choose to start their Christmas shopping at the end of summer. Appelt claims there are benefits to being an early bird.

“Some people think they’ll be able to get early deals, some people it’s more of a risk avoidance – they don’t want to have a situation where the item they really want sells out, so they start early to make sure they don’t miss out on anything.”

Appelt’s research focuses on the opposing forces of anticipation and dread, which also play into the typical Christmas shopper’s motivations.

“We’re biologically wired to be impatient. We want stuff now. If it’s something that’s good – if we like Christmas shopping – then we start early because we want that anticipatory glow, that warm, fuzzy Christmas feeling to last as long as possible,” she said.

“For someone who dreads Christmas shopping, we’re still going to start early because we’ll want to get it over with as soon as possible.”

So whether you love it or you hate it, stores likely won’t stop putting up early Christmas displays anytime soon, if the last 170 or so years have told us anything. It’s a tried and true marketer’s dream.