You don’t see this everyday: an exotic wild cat chained to an exotic car in Vancouver’s Yaletown neighbourhood at night.

The photo was taken several weeks ago in mid-August, and the car the leopard-like cat was sitting on is believed to be a Lamborghini. The rare sight captured the attention of a small crowd of onlookers.

Update – The following statement was sent to us by Lorenzo Garcia, owner of the car and cat:

I didn’t leave the the car there to go dining. I was actually outside the entire time with the car and the cat. The cat is actually a African Serval. The breed is endangered and have been domesticated. Ramsey (the cat on the Lamborghini) was bred locally. These cats are actually very calm and friendly. We had the exotic car there with the cat to advertise for our events company and a local club in Yaletown. Having him tied to the car was not cruel. If it was was cruel, police wouldn’t have stopped their cruisers in the middle of the street to pop out and have a picture with the cat.

Where were the owners of the exotic wild cat and car? They were in their own natural habitat wining and dining.

These type of cats certainly do not make the ideal house pet nor should they be alone in public within dangerous reach of bystanders, but an argument could be made that it’s a great anti-theft measure for the $200,000+ car. 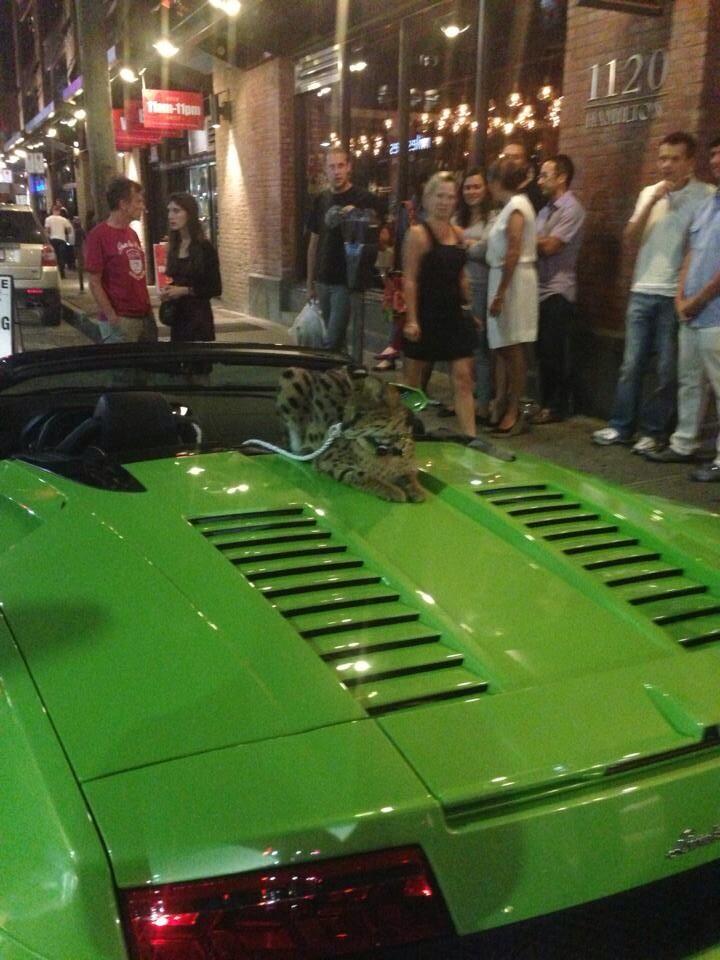